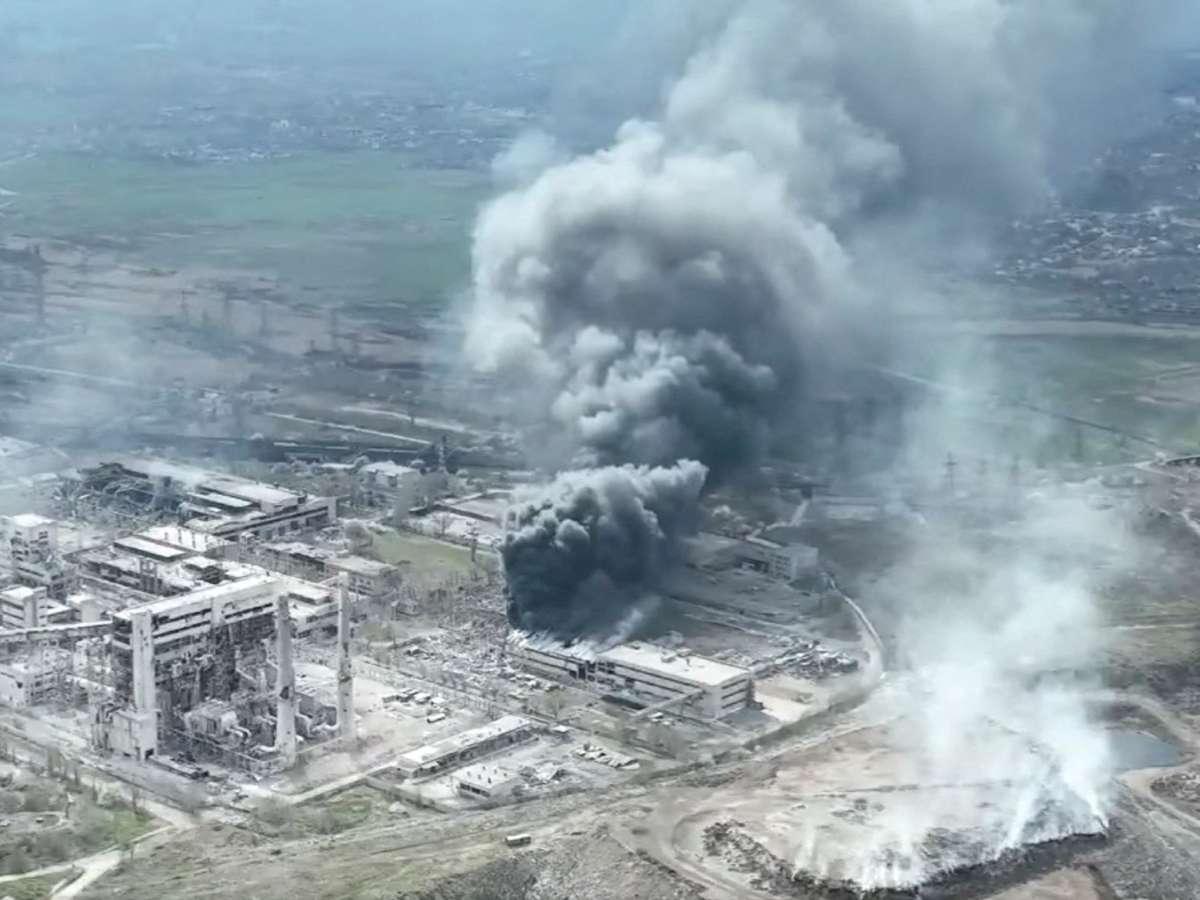 Russian leader Vladimir Putin has given up ordering the attack on the Azovstal plant, the last stronghold of Ukrainian resistance in the city of Mariupol, and has ordered a siege to the site. Mariupol has been a target of Russian forces since the beginning of the war and an important strategic target for the Kremlin, as it links Crimea, occupied by Russia in 2014, to the Donbas region, Putin’s main target in this new phase of the war.

Russian Defense Minister Sergei Shoigu said the rest of the city, as well as Azovstal Iron’s sprawling steelworks, where Ukrainian forces are entrenched, remain “encircled and the perimeter is securely locked”. Putin hailed this as a “success”. Russian troops, however, have been trying since March to take the city without success. Since then, the siege led by the Russian military has resulted in the death and flight of thousands of civilians, who have been left without water, energy and food.

“I consider the proposed attack on the industrial zone to be inappropriate. I order the cancellation,” the president told Shoigu at the televised meeting.

The port city had been under siege since the beginning of the war, which reached 57th day this Thursday. It was heavily bombed by the Russians. Russian missiles and artillery would have hit more than a thousand military targets in Ukraine overnight, including 162 firing positions, the Defense Ministry said.

Russian forces and Russian-backed separatists also took full control of the eastern city of Kreminna. Ukraineaccording to the ministry.

The Ukrainian government again demanded on Thursday the opening of a humanitarian corridor in the port city to evacuate 1,000 civilians and 500 wounded soldiers who remain protected in an underground area without responding to Russian surrender requests.

“We demand from the Russians an urgent humanitarian corridor in the vicinity of the Azovstal plant in Mariupol. All must be evacuated today,” said Deputy Prime Minister of Ukraine Iryna Vereshchuk.

“All must be removed from Azovstal today,” he reiterated. He also appealed to world leaders and the international community to focus their efforts on Azovstal. “Now this is a key point and a key moment for the humanitarian effort,” emphasized Vereshchuk.

Amid the Russian offensive in the country, the governments of Canada, Norway and the United Kingdom have expanded arms shipments to Ukraine.

Since the start of the Russian invasion almost two months ago, more than five million Ukrainians have left the country. On Wednesday the 20th, the Ukrainian authorities accused Russian troops of violating the ceasefire and block the vehicles that were supposed to take civilians from the besieged city of Mariupol. (*With information from AP, Efe and Reuters)