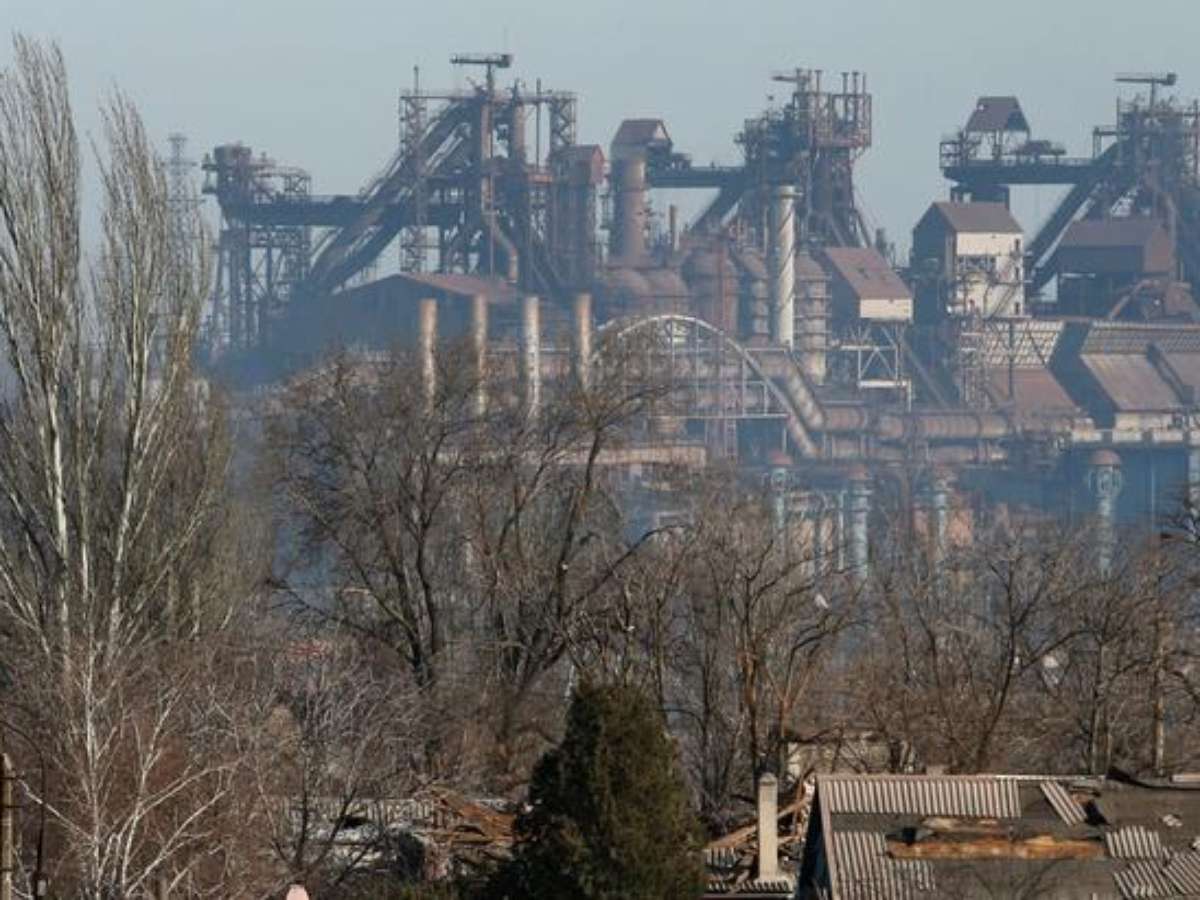 The commander of Ukraine’s marines still holding out in Mariupol made a dramatic appeal to international leaders on Wednesday (20/04) and called for evacuation to the territory of another country. Ukrainian troops are besieged by Russian troops at a steel mill, the last point of resistance in the port city, which has been the target of intense attacks in recent weeks.

“The enemy outnumbers us 10 to 1,” Serhiy Volina, commander of Ukraine’s 36th Marines Brigade, said in a just over 1-minute video posted on Facebook. “We appeal to leaders around the world for help.” He further stressed that Russia has an advantage in the air, artillery, ground forces, military equipment and tanks.

The Ukrainian military and fighters now defend only the Azovstal steelworks, where hundreds of civilians are also sheltered. Volina called for an “evacuation procedure” from the factory, in which all soldiers defending Mariupol, of whom more than 500 are wounded, and civilians are taken to a safe place on the territory of another country.

“This is our appeal to the world. This could be the last request of our lives. We are probably facing our last days, if not, our last hours”, added the commander.

Since the beginning of March, Mariupol has been under siege by Russian troops. The city and port are completely destroyed. Tens of thousands of civilians are still trapped in the city, without access to water or food. The Ukrainian government claims that more than 20,000 civilians have died as a result of the intense bombing.

According to Russia, about 2,500 Ukrainian soldiers and 400 foreign mercenaries are believed to be in the steelworks. Ukraine said 1,000 civilians had sought shelter there. Moscow issued a new ultimatum for the Ukrainian resistance in Mariupol to surrender and said it would implement a ceasefire in the city on Wednesday. Ukrainians ignored previous similar offers.

Situated on the Sea of ​​Azov, Mariupol is one of the main goals of the Russians in the effort to gain full control of the Donbass region and form a land corridor in eastern Ukraine from the Crimean peninsula, annexed by Russia in 2014. The fall The city’s total would be Russia’s biggest victory in nearly eight weeks of war.

Russia said on Tuesday it had started a new phase of the war, which Ukrainian officials called the Battle of Donbass. The Russian invasion has so far failed to capture any of Ukraine’s major cities, forcing Moscow to refocus and focus offensives on breakaway regions to the east.

Authorities in Kiev said they had agreed with Russia to form a humanitarian corridor for the evacuation of civilians from Mariupol on Wednesday. Meanwhile, pro-Russian separatists say they have taken control of Kreminna, a small town of 18,000 in eastern Ukraine. According to the United States, this is the only gain in territory that the Russian ground offensive has achieved in a 24-hour period.

British military intelligence said fighting in Donbass had intensified as Russian forces tried to advance through the region and prevent reinforcements from reaching Ukrainian soldiers fighting there. After a pause, Russia increased bombing in and around Kiev.

The biggest attack on a European country since World War II has led to more than 5 million Ukrainians fleeing abroad and leaving cities in ruins. Women and children are the vast majority of refugees.

In response to the invasion, Western powers imposed heavy sanctions on Russia and sent weapons to Ukraine.