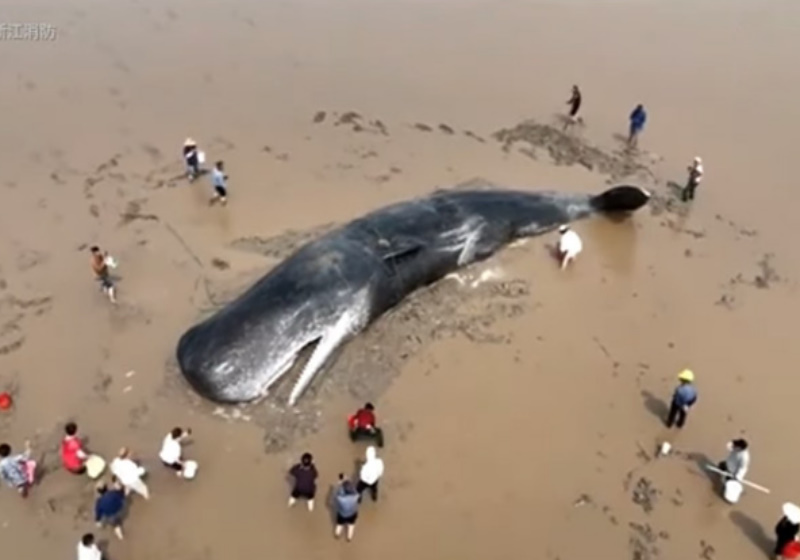 After 20 hours, firefighters and volunteers return the whale to the sea. Video

Abhishek Pratap April 22, 2022 News Comments Off on After 20 hours, firefighters and volunteers return the whale to the sea. Video 17 Views

A painstaking operation to save a beached whale and return it to the sea. Firefighters and volunteers spent 20 hours keeping the sperm whale alive until she could return. (video below)

Rescue teams splashed water on the 10-ton whale as they dug a trench to hydrate it.

The effort took place in the sea in the city of Ningbo, east China, on the 19th, when the animal was found about 740 meters from the coast.

When the tide reached its highest point, five boats were used to pull the huge whale back out to sea.

She was in critical condition when she was discovered off the coast near Xiangshan County.

Firefighters sent a rescue team, which sprayed water on the 20-meter-long body. At the same time, volunteers also joined in to help move the whale.

At around 5:30 am on Wednesday, the 20th, the rescue team cut the transport cable and released the whale into deep water.

Images posted by local media showed the rescue efforts, as well as the successful release of the giant mammal.

After the rescue, the whale could be seen swimming in the distance, as the sun rose after the dramatic and emotional rescue mission. (see below)