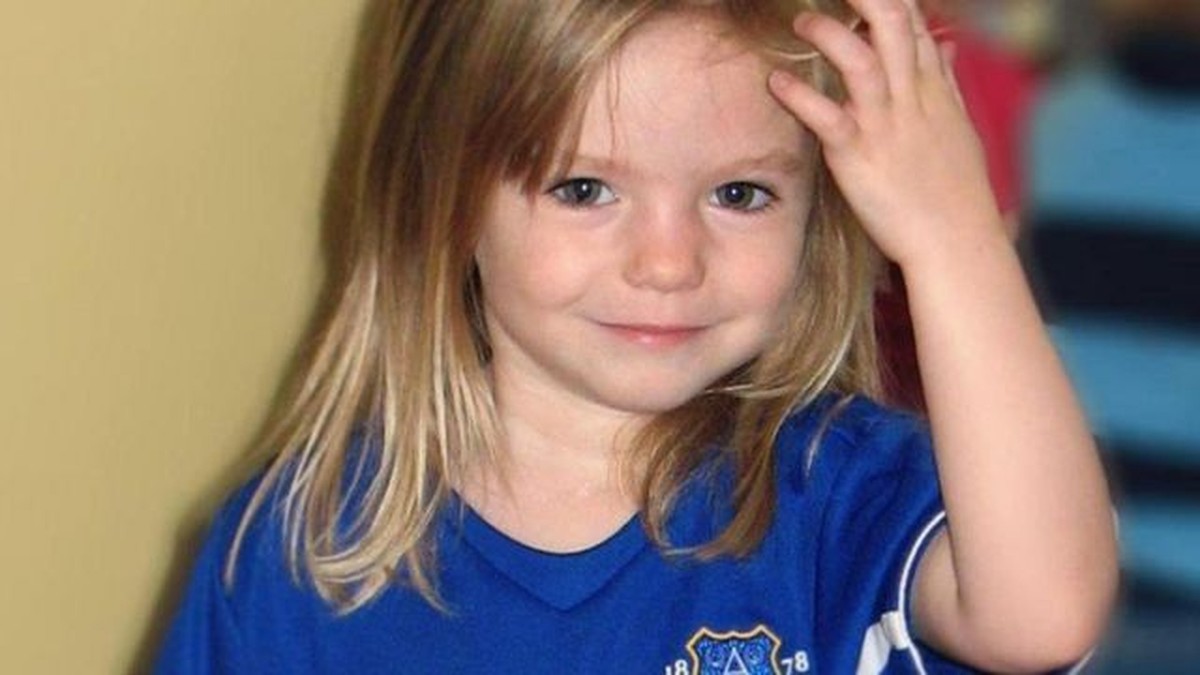 Prosecutors in the city of Faro, who work in cooperation with German authorities, have not released the suspect’s name.

In 2020, German police said they were investigating a man, known as Christian B, in connection with the case. He has not been indicted and denies any involvement in her disappearance.

3-year-old Madeleine disappeared during a family holiday in Praia da Luz in 2007. She was never found and investigators believe she was kidnapped from the holiday apartment where the family was staying at a resort in the Algarve.

On the 3rd of May, Madeleine’s disappearance completes 15 years, according to the official count. Under Portuguese law, it would no longer be possible to declare someone as a suspect after this date. Declaring someone a suspect is a necessary step in any criminal prosecution.

In a statement, however, the Public Ministry of Portugal said that the measure was not motivated by the date, but by “strong indications” of the practice of a crime.

The 45-year-old man identified as a suspect in Germany — but not indicted — was previously named by the German press as Christian B. Surnames of suspects are generally not revealed in Germany for privacy reasons.

He is currently serving time in prison for other offenses (involving drugs) in Germany and received a seven-year sentence for raping a 72-year-old woman.

Madeleine has been missing for 15 years. She would have turned 19 in May this year.

Her case has been the subject of several documentaries, including a Netflix series that was criticized by her parents.

Jim Gamble, a former police officer who led a 2010 review of the case commissioned by the Home Office, told the BBC the evidence against Christian B. appeared strong.

“We must not underestimate the conviction of the German police,” he said.

The child protection expert claimed that a phone assigned to the rape convict indicates that he was present in the area where Madeleine disappeared within a 30-minute interval. He also said that Christian B had robbed vacation homes in the area and had children’s clothing in his trailer.

Christian B denies any involvement in Madeleine’s disappearance.

Check out a review of the case below.

Madeleine disappeared from this apartment block at the Ocean Club — Photo: PA Media

On May 3, Madeleine, from Rothley, England, spends a family vacation at the Ocean Club in Praia da Luz, Portugal.

On May 12, the McCanns say they “cannot describe the anguish and despair” they are feeling.

Portuguese police say they believe Madeleine was kidnapped, but that she is still alive and in Portugal.

On May 26, police released a description of a man seen the night of Madeleine’s disappearance, possibly carrying a child.

In June, a Portuguese police chief admits that vital forensic clues may have been destroyed as the scene had not been adequately secured.

In July, British police send sniffer dogs to help with the investigation, and inspections are carried out at the McCanns’ apartment and rental car.

In August, after 100 days since Madeleine’s disappearance, investigators publicly acknowledged that she may not be found alive.

On September 6, Portuguese police interview Kate McCann as a witness. On September 7, detectives declare the couple a suspect. Days later, the McCanns return to the UK. Later, prosecutors say there is no new evidence that warrants further interrogation.

Gerry McCann released a video in November saying he believed his family was monitored by “a predator” in the days before his daughter disappeared.

Kate and Gerry McCann leave the church after a service to mark the first anniversary of their daughter’s disappearance — Photo: PA Media

On January 20, the McCanns released sketches of a suspect, based on a British tourist’s description of a “strange man” seen at the resort.

In April, Portuguese police fly to the UK to attend interviews conducted by Leicestershire Police with friends of the McCanns who were at dinner the night Madeleine disappeared.

On May 3, a year since the disappearance, McCann asks people to pray for his daughter.

In July, the Portuguese police say they presented the final report on the case. Weeks later, authorities shelved the investigation and removed the McCanns’ suspect status.

An image has been released of what Madeleine might look like at age six — Photo: FIND MADELEINE CAMPAIGN/PA

On November 3, new images of what Madeleine would look like as a six-year-old are released.

In March 2010, the McCanns criticized the release of unpublished Portuguese police files — with accounts of witnesses who could have seen Madeleine — to British newspapers.

A month later, in April, Gerry McCann says it’s “incredibly frustrating” that police in Portugal and the UK haven’t been actively looking for his daughter “for a long time”.

In November, the couple signs a contract with a publisher to write a book about Madeleine’s disappearance.

The McCanns’ book, Madeleine, is released in May.

Detective Andy Redwood, who is leading the analysis of Madeleine’s disappearance in the UK, told the BBC his team is “trying to close the case”.

A computer-generated image of what Madeleine would have looked like at age nine is released, a day before Portuguese authorities say they are not reopening the investigation.

In May, UK detectives reviewing the case say they have identified “a number of suspicious people”.

In July, the Metropolitan Police announced that it had “new evidence and new witnesses” in the case and opened a formal investigation.

An appeal by the BBC Crimewatch TV show features footage of a man seen carrying a three- or four-year-old blonde child in Praia da Luz at the time Madeleine disappeared.

The Portuguese police reopen their investigation — simultaneously with that of the Metropolitan Police — citing “new lines of investigation”.

In January, British detectives fly to Portugal amid news that they plan to make arrests.

In June, searches are carried out in Praia da Luz, including an area of ​​bush located southwest of the Ocean Club complex. But nothing new is discovered.

A month later, in July, four suspects are questioned by the police, but also without news.

Madeleine McCann was three years old when she disappeared in 2007 – Photo: BBC

In September 2015, the British government disclosed that the investigation had cost more than £10 million.

In April 2017, the four official suspects investigated by the police were ruled out.

In June 2019, the UK government said it will fund the Metropolitan Police inquiry until March 2020.

A year later, in June 2020, police reveal that a 43-year-old German prisoner — named by German media as Christian B — has been identified as a suspect. The McCanns thank the police, saying, “All we’ve ever wanted is to find her, discover the truth and bring those responsible to justice.

“We will never give up hope of finding Madeleine alive, but whatever the outcome, we need to know how we need to find peace.”

German investigators have classified the case as a murder inquiry and say they are assuming Madeleine is dead.

The UK Metropolitan Police says it received more than 270 calls and emails after a new appeal for information was launched.

In April 2022, Portuguese prosecutors announce that they have declared a person as an official suspect in the case.

They do not name the person concerned, but say they are acting at the request of German authorities.

This came after German police revealed in 2020 that they were investigating a man, known as Christian B, in connection with the case.