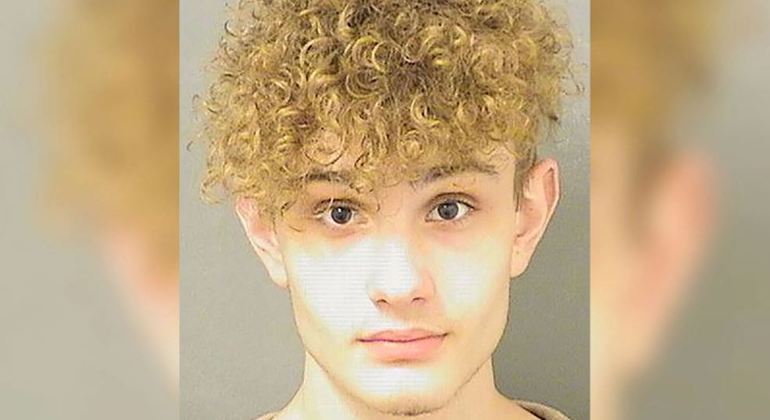 Abhishek Pratap April 22, 2022 News Comments Off on Teenager accused of killing 6 people after driving over 200 km/h in the US – News 17 Views

17-year-old Noah Thomas Galle, resident of Florida, U.Swas charged with manslaughter for driving over 200 km/h in an accident that resulted in the death of six people.

Among the dead are driver Mirlaine Julceus, 44; Remize Michel, 52; Marie M. Louis and Filaine Dieu, 45; and Vanice Percina, 28 years old. The name of the sixth person was not released, the WPBF reported.

When a police officer asked Galle, on his way to a hospital, how fast he was driving, the teenager reportedly replied “above 193 km/h”.


Investigators with the Palm Beach County Sheriff’s Office believe the teenager, who suffered minor injuries, was under the influence of alcohol and/or drugs at the time of the accident, the Sun-Sentinel reported. Only the drivers of the cars were wearing seat belts.

During the investigation, someone alerted police that Galle had recorded himself two weeks earlier driving at extremely high speeds and posted the footage to Instagram and TikTok.

Police also discovered on the young man’s social media that he had posted an image of him driving at nearly 300 km/h in the same luxury car. In the comments section, the teenager would have written that the first person who guessed the speed would receive 25 dollars (approximately R$ 115.50).

A standard 2019 BMW M5 is electronically limited to 249 km/h, but the competition model allows it to reach 304 km/h, according to a BMW dealer website cited by the newspaper. The police report did not specify which model Galle was driving.

The teenager received the six counts of murder last Tuesday (19).

“This has been a very, very difficult situation for my entire family, my sister, myself and my daughter,” Lyndie said, according to the WPBF. “She is 8 years old. Every time she comes home, she asks, ‘Why can’t grandma come back, mom?’ My mother was a very loving and devoted woman.”


“I think the defendant should be in jail, not at home. We can’t see our families now, and why should he? This was a very reckless crime, and not just for my mother – for everyone’s lives. We need justice,” she added.

“Mirlaine has left behind a 10-year-old daughter who essentially has to be raised without her mother. He just wants justice for this situation,” she said, referring to Julceus’s widower.

Galle is being held on bail of US$300,000, the equivalent of R$1.3 million. If you pay the amount, the young person will not be able to drive and must remain under house arrest. He is due to stand trial on April 28.