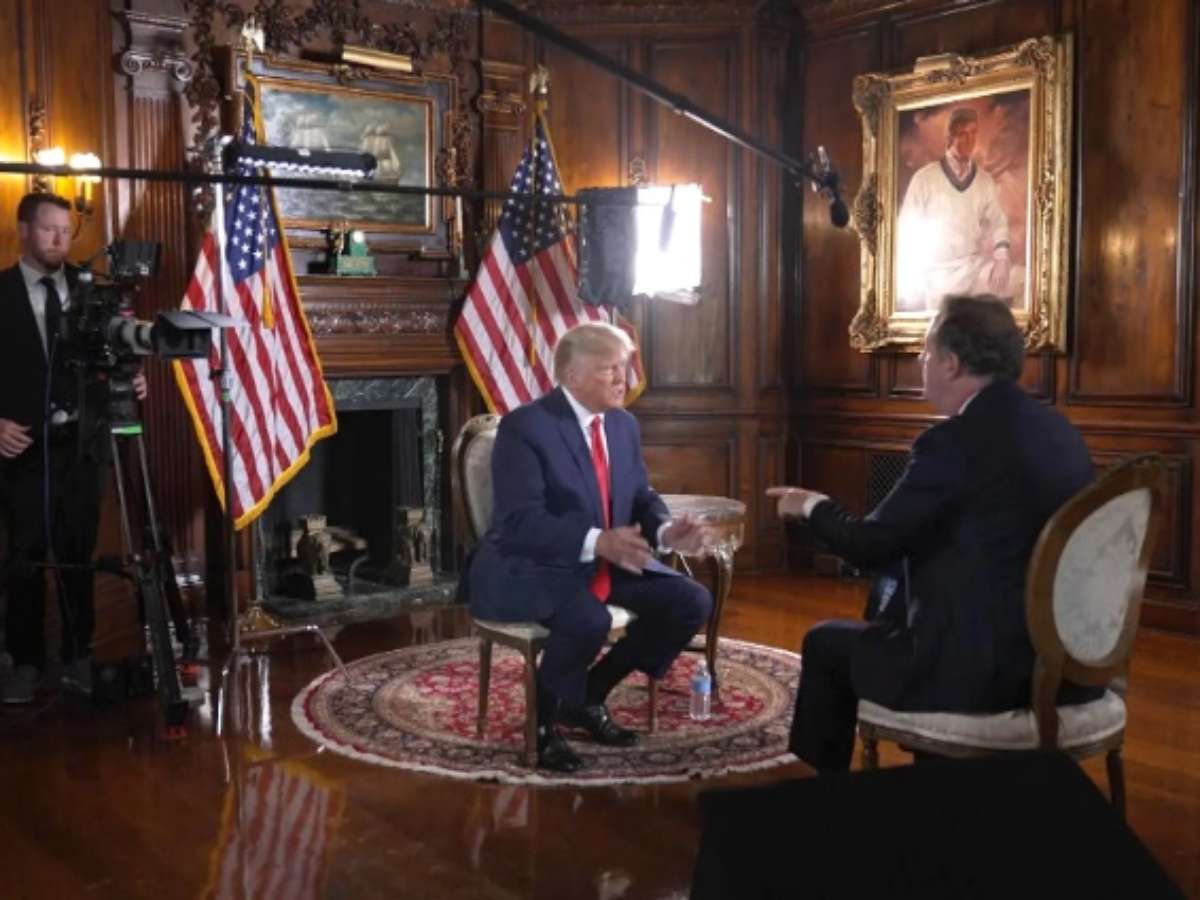 Trump Is Annoyed With Journalist: “Fool, Turn Off Cameras”

Sensitive to criticism, Donald Trump reacted badly to the claim that he was responsible for the chaos produced by his supporters who invaded the US Congress after he was defeated in the 2020 election.

“You are dishonest, a fool,” the former president of the United States shot at journalist Piers Morgan. “Turn off the cameras,” he ordered. It was not obeyed.

Detail: Trump and Piers are longtime friends. The discussion took place during the recording for TalkTV’s ‘Piers Uncensored’, which will open on Monday (25) in the United Kingdom.

Enraged, the conservative politician even got up to leave. “You’re not real, you’re a fake,” he told the interviewer. “No, I’m just brutally honest,” replied Morgan, an incorrigible polemicist who has angered countless powers-that-be and celebrities.

After the journalist released excerpts from the recording, painting Donald Trump as arrogant and untimely, the former president’s aides said that the images were edited to deceive the press and the public in order to attract an audience. They said the interview was “misleading and tedious”.

The ‘climate’ began hours before Piers and his team arrived at the Mar-a-Lago resort in Florida, where Trump took up residence after leaving the White House.

The politician received a dossier with the transcript of dozens of negative comments made by the journalist on TV during his presidency.

“What the fuck is this?” Trump asked, holding up the pages of the survey, as he found Piers. He threatened not to record the interview, but then decided to go ahead with it. He gave the presenter a copy of the dossier as “proof of his betrayal”.

Piers and Trump became close in 2008, when the journalist won an edition of the business reality show ‘The Celebrity Apprentice’ (the Brazilian version was called ‘O Aprendiz’), run by the New York magnate.

As both are openly vain and like to be featured in the media, they may have set up the alleged conflict to generate headlines and achieve valuable self-promotion. “Speak badly, but speak of me”, implore the egomaniacs.