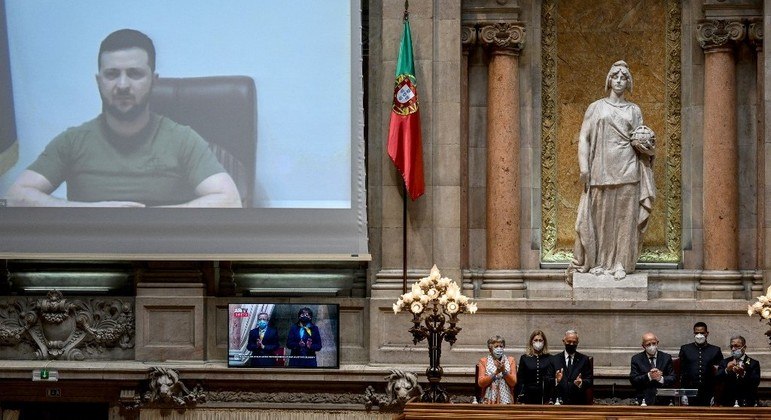 Ukrainian President Volodmyr Zelensky said on Thursday that his war-torn country needed more heavy weapons to defend itself from russian invasion that threatens its very survival, and called on Western nations to impose more sanctions.

Speaking on video to the Portuguese Parliament, Zelensky accused the Russian army of committing many atrocities in Ukraine, including in the port city of Mariupol, and called on Portugal to support a global embargo on Russian oil.

Ukraine’s president did not provide concrete evidence of the atrocities during his speech to Parliament.


Russia says it has been forced to launch its “special military operation” to demilitarize and “denazify” Ukraine and protect Russian-speakers in the country from “genocide” – arguments denounced by Kiev and the West as baseless pretexts for war.

German Foreign Minister Annalena Baerbock said on Thursday that the country is reviewing additional ammunition shipments and equipment maintenancewhich will be needed so that heavy weapons from Germany can be used by Ukraine.

Zelensky and the Ukrainian government continue to ask the West for weapons to fight the Russian offensive, which began in February this year. NATO (North Atlantic Treaty Organization) member countries, such as the United States, have provided military support to Kiev.