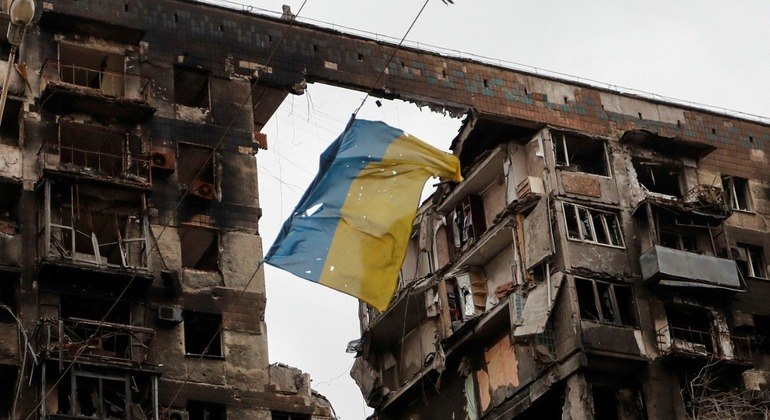 The Russian army focused on conquering Mariupol from the early days of the invasion of Ukraine. The area is of crucial importance for territorial unity up to Crimea, a peninsula annexed by Russia in 2014, and for full control of the Sea of ​​Azov, a very strategic outlet.

On Thursday, Russian President Vladimir Putin confirmed that his troops had “successfully” taken control of the city. According to the municipal government, about 20,000 civilians have died since the invasion. From this recent achievement, a new path to conflict can begin to be drawn.

Mariupol and the end of the war

For professor Marcos Cordeiro, from the International Relations course at Unesp (São Paulo State University), the military clashes will continue until Russia has full control of the Donetsk and Lugansk regions.

“The Russians want to control all the boundaries of the breakaway provinces to guarantee their integrity and this ‘belt’ of security around them, so I believe that the conquest of Mariupol should not lead to the end of the war.”

“The taking of the city is also symbolic because of the neo-Nazi groups operating in the region, a point that the Russians have been addressing since the beginning of the invasion”, he adds.


Professor Fernando Broncoli, from the Department of International Relations at UFRJ (Federal University of Rio de Janeiro), also agrees that the conflict must continue. “The Russian idea now is to guarantee its permanence and influence in the breakaway regions, and Mariupol plays an important role in this context.”

“From now on, I believe that we will have a conflict in which the two sides are not making much progress, Russia will probably be able to occupy the eastern part of Ukraine more potently, and we will hardly have a complete cessation of violence.”

According to her, “the occupiers could not guarantee a proper ceasefire and, through disorganization and negligence, were not able to provide a quick transport of people to the point where dozens of our buses and ambulances were waiting.”

Since last Saturday (16), no humanitarian corridors have been created in Ukraine for the evacuation of civilians. In the city of Mariupol, many people said they faced a lack of food, water and other basic necessities.

The taking of new territories involves the recognition of military conquests. Despite the annexation, the Crimean peninsula was not recognized by Ukraine and the international community as part of Russia.

“For the war to end, the Russians need to have some gain, even if it is the recognition of Crimea, so they don’t leave Ukraine with an image of defeat”, says Demetrius Pereira, professor of the International Relations course at ESPM.

“Russia must seek a peace agreement to consolidate the territories it has already conquered, this involves Crimea, Donetsk, Lugansk and Mariupol”, points out the expert. to give in.”

According to the hypothesis that Russia’s objective is to control the Donbass region, it seems that the war is close to being over. However, Professor Marcos Cordeiro explains that the Ukrainian army may not be satisfied with losing part of its territory and, in addition, military actions may challenge this possible occupation over the years.

“History shows that military victory is one thing, and the guarantee of peace and stability in the region is quite another. The big political question is knowing how to create a new consensus”, he points out.

For professor Fernando Broncoli, “the Russians can even try to sew agreements and claim that they are returning to the negotiating tables, but I have several doubts about how much they will be able to guarantee that these established measures are respected”.

Regarding the Ukrainian flexibilization on its territorial integrity, the expert points out: “whenever a country has to give up a territory it considered its own, it is a tremendous defeat”.


“A war like this is a military operation that is planned for months and, naturally, one of the consequences of the war is political retaliation through sanctions”, Cordeiro points out.

The expert believes that the Russian government had already prepared itself for Western actions, so that they would not impede its military advance, as is currently happening with the strong offensive in eastern Ukraine.

“Sanctions do in the short term create a very big problem for Russia, but if the West wanted to intensify this problem, it would boycott Russian oil and gas. However, they cannot do this because many European countries depend on fuels.”

“Russia has been sanctioned since 2014, when it took Crimea. In these eight years, the country has created mechanisms to take its gas to China, to ultimately protect itself from a total blockade by Europe.”

Why is the city of Mariupol so important to Russia?