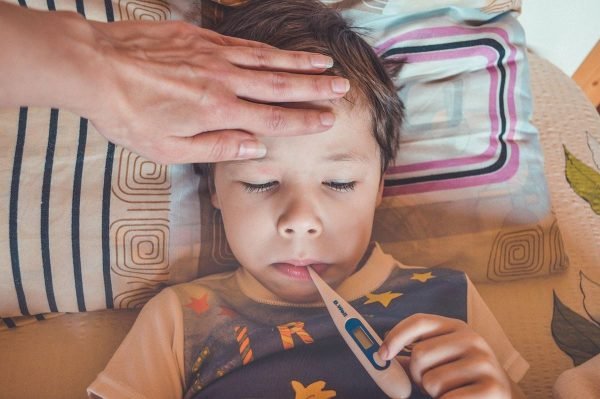 The World Health Organization (WHO) and authorities in Europe and the United States are investigating mysterious cases of severe acute hepatitis diagnosed in at least 100 children in different countries.

The fact that laboratory tests have ruled out the hepatitis virus (types A, B, C, D and E) as causing inflammation in the patients’ liver intrigues experts.

At the moment, the main hypotheses investigated are that the inflammation arose as a result of a previous infection with Sars-CoV-2 or was caused by an adenovirus.

“While the potential role of adenovirus and/or Sars-CoV-2 in the pathogenesis of these cases is hypothesized, other infectious and non-infectious factors need to be fully investigated to properly assess and manage risk,” the WHO said in a press release. .

On 5 April, WHO was notified of ten cases of hepatitis of unknown cause in central Scotland. The reported symptoms were jaundice, diarrhea, vomiting and abdominal pain, which resulted in the children being hospitalized.

Three days later, 64 more children were diagnosed in other parts of the UK. Six of them progressed to serious conditions and had to undergo liver transplants.

The European Center for Disease Prevention and Control (ECDC) reported on Wednesday that Denmark, Ireland, the Netherlands and Spain have also reported similar cases in children aged between 1 year and 10 months and 13 years. Another nine diagnoses were made in the United States.

The WHO does not rule out that more cases will be reported in the coming days, given the increase in diagnoses made in recent weeks.

Hepatitis is a generic term for inflammation of the liver. The most common causes of the problem are infections with viruses A, B, C, D and E – but the problem can also be caused by food, drug, alcohol, bacterial or other viruses.

The most frequent symptoms are fever, malaise, body pain, diarrhea, vomiting, abdominal pain and jaundice – yellowing of the eyes.

Cases similar to those reported in Europe and the United States have not yet been identified in Brazil. Infectologist Ana Helena Germoglio warns that parents and the medical community should be aware of related symptoms, as well as health authorities should intensify epidemiological surveillance since there is a large transit of travelers between countries and Brazil.

“Even if there are no reported cases in Brazil, the information is an alert. Any child who presents the symptoms described needs to be sent to the hospital to have the correct diagnosis”, says the doctor.

As the cases appeared after social isolation, when the movement of people became more intense, there is a possibility that the children’s defense system is more vulnerable and that a “mutated” adenovirus has caused more serious infections.

Adenoviruses are a well-known family of viruses, they often cause respiratory illnesses including sore throat, cold, bronchiolitis and pneumonia.

“After two years of restrictions on circulation and mask use, we also had less circulation of other viruses. Now, with the relaxation of measures against Covid, other viral diseases are returning and can return causing more intense diseases”, explains the doctor.