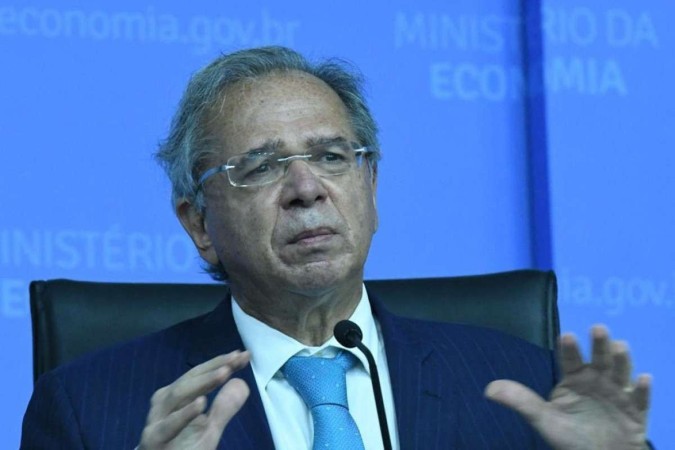 Guedes says Brazil was treated “differently” at the IMF

A great critic of the International Monetary Fund (IMF) and its projections, which are usually more pessimistic than those of the government, Economy Minister Paulo Guedes celebrated the improvement in the multilateral organization’s estimates for the growth of Gross Domestic Product (GDP) Brazilian. He also said that Brazil is being treated “differently” at the annual spring meeting (in the Northern Hemisphere) of the Fund and the World Bank, which takes place this week in the US capital.

The head of President Jair Bolsonaro’s economic team (PL) stated that, “that since the beginning of the government, when he took office, Brazil was not as well perceived in the world as it is now”, at the current meeting of the IMF and the World Bank. .

“Brazil is being treated differently, and much better, in these forums”, said Guedes, according to a note released by the Ministry of Economy, on the night of this Thursday (21/4), they were given in a press conference given by the minister at the Embassy of Brazil in Washington.

According to the statement, the minister highlighted to journalists that Brazil is increasingly strengthening its ability to attract investors from around the world, reflecting the scenario of structural reforms and improvement of the productive scenario carried out since the beginning of 2019 by the current government. According to the note, he also reinforced “that the country has US$ 200 billion in projects contracted for the coming years, considering commitments already signed and ensuring the country’s future growth rate”.

“Brazil is attracting a lot of long-term investments,” said the minister. The report also said that the minister said that the 15% appreciation of the real this year “proves that there has been a dramatic and positive international revaluation of Brazil.”

Last Tuesday (4/19), the IMF released new forecasts for the global economy and raised the estimate for Brazilian GDP growth this year from 0.3% to 0.8%, but reduced it from 1.6%. to 1.4% the estimated growth in 2023. Despite the improvement, Brazil still continues to register growth rates lower than the global average, of 3.6%, and of Latin America, of 2.5%.

Guedes reiterated that Brazil “has been surprising the world” in a positive way and that it occupies a strategic position in the current global scenario, with the intensification of world economic instabilities due to the war in Ukraine. “In the current global context, the country has established itself as a key player in food and energy security, in addition to being a safe destination for investors, indicated the minister,” according to the statement.

The note also highlighted that Guedes said that the government has made an effort to expand the country’s insertion in the world economy and, within this context, the minister “highlighted the importance of progress in the process of Brazil’s accession to the Organization for Economic Cooperation and Development (OECD)”. According to the statement, he also recalled the interest in resuming negotiations regarding the trade agreement between Mercosur and the European Union, which had been paralyzed for 20 years.

“The minister also emphasized the importance of making progress in the capitalization process of Eletrobras, ensuring energy security for the country in the coming years, in addition to strengthening the privatization and concessions agenda for investors,” the note added.