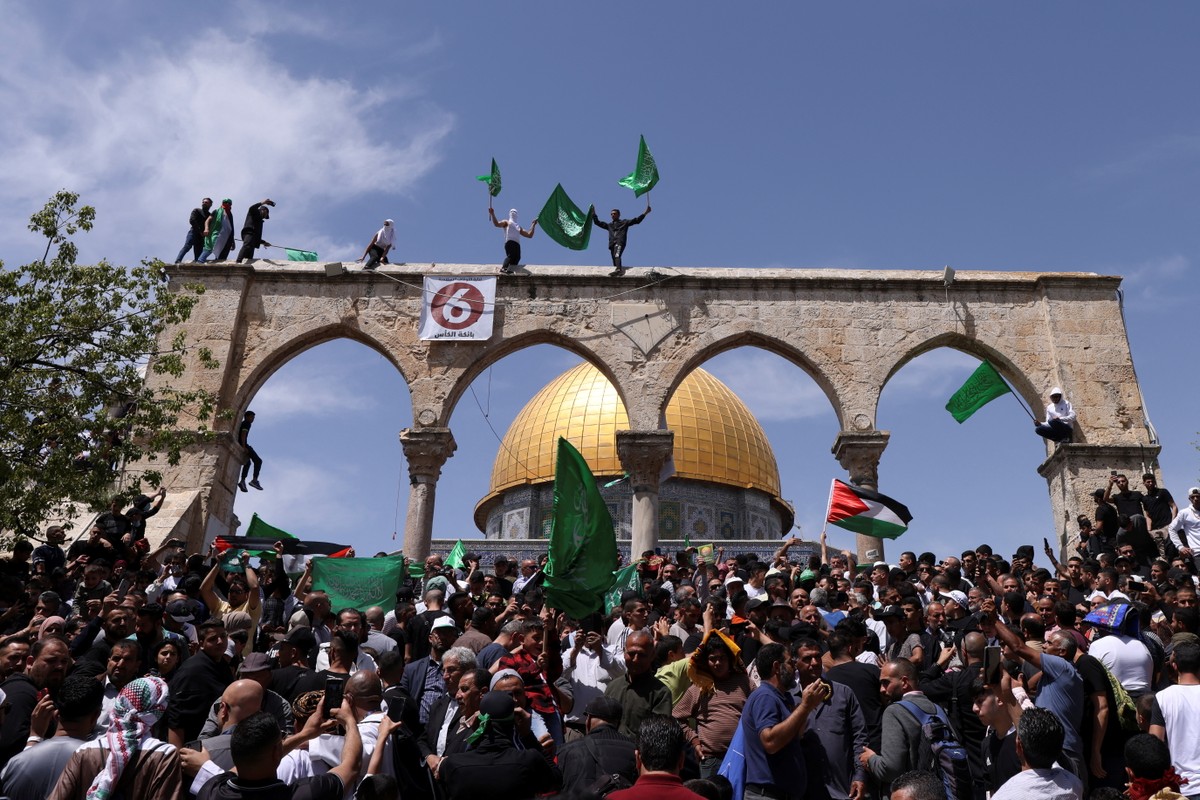 Israeli police and Palestinian protesters met again this Friday (22) on the Esplanade of the Mosques, in Jerusalem, with a toll of more than 50 wounded, at a time of great tension that even affects the Gaza Strip.

These tensions come exactly a month after a series of violent attacks left 14 dead in Israel. Since then, a total of 24 Palestinians, including the perpetrators of these attacksdied in incidents or clashes with Israeli forces in the occupied West Bank.

In the early hours of Friday, Israeli security forces entered the Esplanade, Islam’s third holy place and Judaism’s holiest site (which calls it the Temple Mount), while Palestinian youths threw stones at them.

“Hamas (radical Islamic movement) flag-waving wavers” threw stones at the Western Wall, the Jewish holy place for prayers located at the base of the Mosque Esplanade, Israeli police said in a statement.

The riots left at least 57 injured, two of them in serious condition, the Palestinian Red Crescent said.

Tension persisted on the Esplanade, with stone attacks and rubber bullets shooting, on the third Friday of the holy month of Ramadan, which coincides with the end of the Passover celebration. Then, at noon, thousands of people were able to pray, in a quieter time.

However, a drone flew over the Esplanade and launched tear gas on part of the faithful, generating panic scenes, noted the AFP agency.

Police said they used “means to disperse” a crowd trying to damage one of their guardhouses.

Over the past week, more than 200 people, mostly Palestinians, have been injured in and around the Esplanade of the Mosques.

Rockets and bombings in Gaza

Amid the violence, Hamas launched rockets from the Gaza Strip into Israel, whose army responded with air strikes on the Palestinian territory of 2.3 million people.

Hamas, which controls the Gaza Strip, said it wanted to defend the Mosque Esplanade.

The rocket fire from Gaza this week, which left no injuries, is the biggest since the bloody May 2021 11-day war between Hamas and Israel, after weeks of tension in Jerusalem.

“We are deeply concerned about the escalation of violence in the Occupied Palestinian Territories and in Israel for a month,” Ravina Shamdasani, spokeswoman for the UN High Commissioner for Human Rights, said on Friday.

The presence on the Esplanade of the Mosques during Ramadan of a large number of Jews – who are authorized to visit the place under certain conditions and at specific times, without prayerr – and the deployment of security forces to the holy site, which is in the Old City of Jerusalem, was considered a “provocation” by the Palestinians and several countries in the region.

Several Arab ministers gathered in Amman condemned “Israeli attacks and violations against worshipers at the Al Aqsa Mosque”, a temple administered by Jordan but with access controlled by Israel.

“Israel preserves and will continue to preserve the status quo on the Temple Mount, but under no circumstances will we accept rocket launches from the Gaza Strip,” Foreign Minister Yair Lapid said on Thursday.

Prior to the statement, Lapid met with US State Department Representative for the Middle East, Yaël Lempert, and US emissary for Israeli-Palestinian relations, Hady Amr.

The two American diplomats also met with leaders of the Palestinian Authority, which is based in the occupied West Bank.