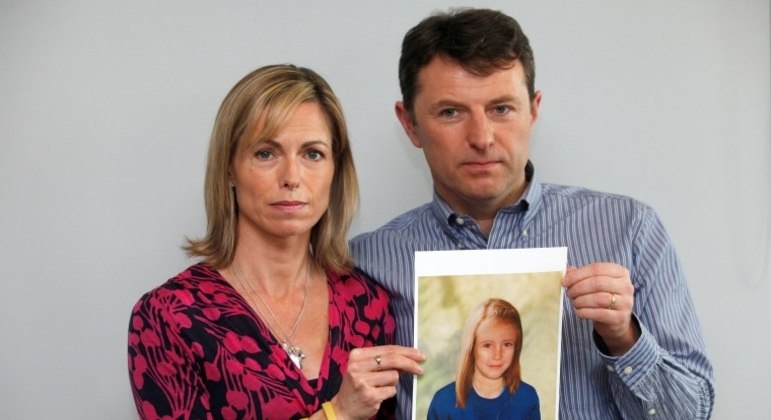 The parents of Madeleine McCann, the British girl who disappeared fifteen years ago in southern Portugal, said this Friday (22) that they “did not lose hope” of finding their daughter, a day after Portuguese justice indicted a man in Germany. .

“While the possibility is remote, we have not given up hope that Madeleine is still alive and that we will find her,” Kate and Gerry McCann wrote in a statement posted on the website dedicated to their daughter.

Both stressed that the suspect “has not yet been charged with any specific crime related to Madeleine’s disappearance.”

THE The Portuguese prosecutor announced on Thursday (21) that it had asked for the indictment of a suspect in Germany, without specifying his identity or the nature of the suspicions that weigh on him, as part of an investigation into Maddie’s disappearance carried out “in cooperation with the English and German authorities”.

The reactions collected by AFP this Friday from the Brunswick Prosecutor’s Office and the lawyer of a German suspect identified as “Christian B” leave no doubt that he has also become the number 1 suspect in the Portuguese prosecution.


“It is obvious that Portugal is also suspicious of him,” but “I would be surprised if overnight they were more advanced in the investigation than we are here,” said Hans Christian Wolters, spokesman for the Brunswick Prosecutor’s Office, responsible for the German part of the case, in an interview with AFP.

“We must not overestimate this measure taken by the Portuguese authorities,” said Friedrich Sebastian Fülscher, a lawyer representing “Christian B”.

“In Portugal, even a homicide expires after 15 years. In Madeleine’s case, if she died in May 2007, it will happen in a few weeks. I suppose the statute of limitations was interrupted with this measure,” he added.

“What happened is related to the prescription. […] Basically, it’s a procedural trick by the prosecution” to keep the case open, said Gonçalo Amaral, a former Portuguese inspector in charge of the case, who was fired from the police force after accusing the girl’s parents of accidentally killing her and hiding her body. .

Madeleine McCann, referred to in the British press as Maddie, disappeared on May 3, 2007, shortly before her fourth birthday, at Praia da Luz, a seaside resort in the Algarve region, where she was on holiday with her family.

Her disappearance sparked an extraordinary international campaign by her parents to try to find her. The photos of little Maddie, with her brown hair and her big light eyes, went around the world.


Rape and sexual assault against minors

After 14 months of controversial investigations marked by the prosecution, and then the exoneration, of the parents, Gerry and Kate McCann, the Portuguese court closed the case in 2008, before reopening it five years later due to “new elements”.

However, the case didn’t really move forward until June 2020, when the Brunswick Prosecutor’s Office said it was certain the girl had died, adding that its suspicions fell on a man who was detained in Kiel in another case.

At the time of Maddie’s disappearance, Christian B., currently serving a prison sentence for the 2005 rape of a 72-year-old American woman in southern Portugal, lived a few kilometers from the Praia da Luz hotel, where the girl disappeared, according to reports. the German researchers.

The Brunswick Prosecutor’s Office has also started proceedings against him in another rape case, that of an Irish woman, and for sexual abuse of minors in Portugal.

“My colleagues are working on these other cases so that we can close this chapter in the near future. When it is finished, we will deal exclusively with Maddie,” Hans Christian Wolters, a spokesman for the Brunswick District Attorney’s Office, told AFP.