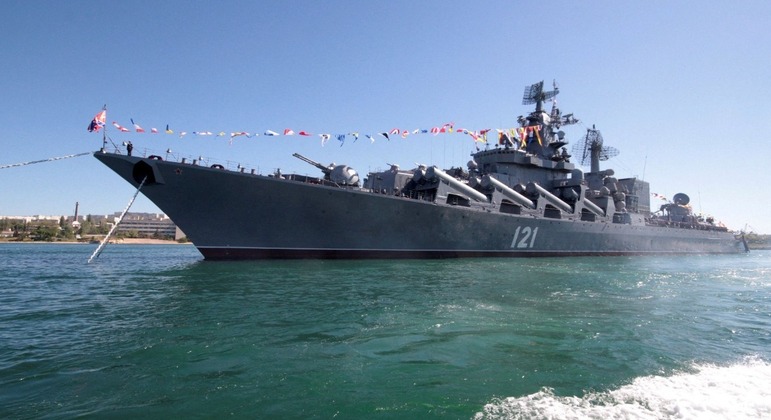 Russia admitted on Friday (22) that one sailor died and 27 others are missing after the sinking, just over a week ago, of the missile cruiser Moskva, the flagship of the Russian Black Sea Fleet.

“As a result of the April 13 fire, the missile cruiser Moskva was seriously damaged due to the detonation of the ammunition. The crew’s attempts to extinguish the fire were in vain. During the struggle to save the ship, one sailor died and 27 others. are missing,” the Russian Defense Ministry said, according to state news agency Tass.

The department headed by Sergei Choigu also stated that “the remaining 396 crew were evacuated from the ship to Black Sea Fleet boats that were in the area and transferred to Sevastopol”.

The military institution also stressed that it provides “all the necessary support and assistance to the families and loved ones of the deceased and disappeared”.


On Tuesday, the Kremlin declined to comment on reports of possible deaths in the Moskva sinking after the independent media outlet Meduza, which publishes its news in Latvian Russian and is considered a “foreign agent ” in Russia, stated that 37 Russian sailors would have died.

For their part, Ukrainian authorities also said on Friday that only 58 members of the ship’s crew survived the sinking.

Ukrainian army sources said last week that the Russian ship had been hit by two Ukrainian Neptune missiles, which would have caused several explosions and a fire on board.

Russia first claimed that the ship was afloat, that the fire and ammunition explosions had been brought under control, and that the crew had been evacuated to other ships in the area.


In addition, it ensured that the main missile armament had not been damaged.

Hours later, however, the Ministry of Defense acknowledged that the Moskva sank “in the middle of a storm as it was being towed into port”.