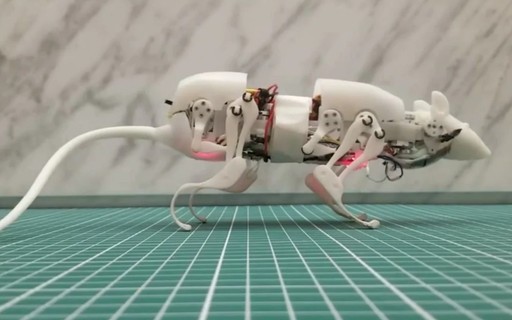 Scientists create robot mouse that can act as a lifesaver

Chinese scientists have announced the creation of a robot mouse that could be used as a lifesaver in disaster rescue missions. According to the researchers, because it is based on the silhouette of a mouse, the robot can squeeze into narrow spaces, climb walls, overcome obstacles and walk on uneven terrain.

The team adds that the robot can be used to transport medical supplies or food to places that rescuers cannot reach, such as people trapped under rubble after an earthquake, for example.

The project was developed by a team of researchers from the Beijing Institute of Technology and Tsinghua University, and has already been published in this month’s issue of the journal IEEE Transactions on Robotics.

The lead author of the project, Shi Qing, professor and deputy director of the intelligent robotics institute at the Beijing Institute of Technology, said the robot mouse prototype has been updated since 2019.

The robot is designed to mimic the movements of real mice, such as crouching or crawling in a space with a low ceiling height, and is powered by rechargeable solar batteries that can last for 30 minutes and can be remotely controlled via Wi-Fi using a computer or smartphone.

The robot is expected to be launched on the market in 2025.