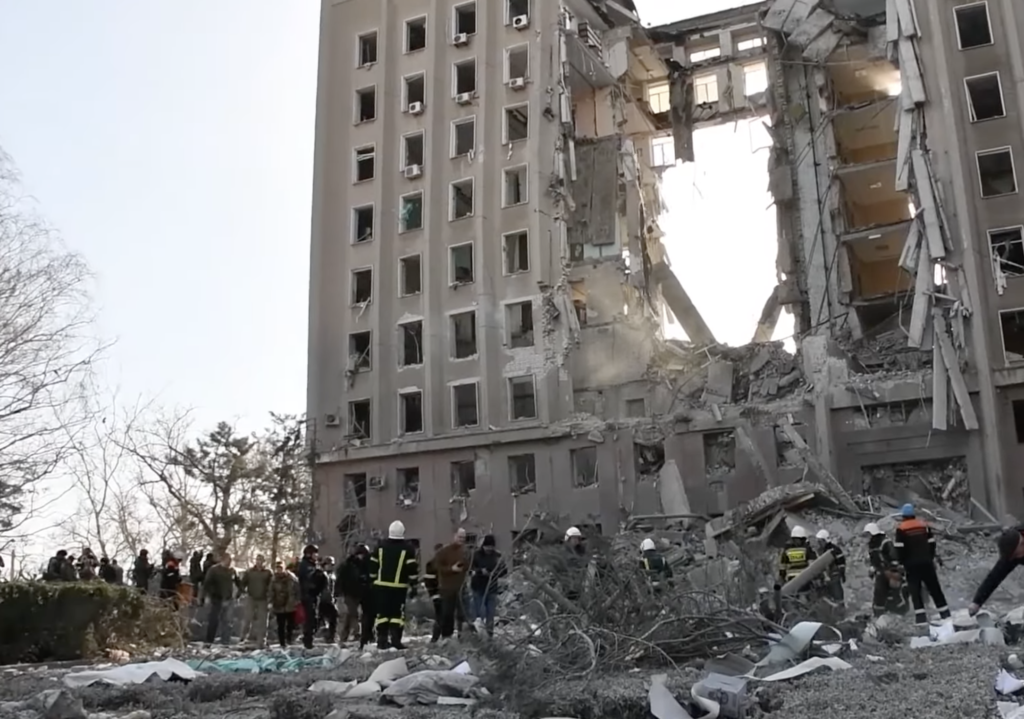 German Chancellor Olaf Scholz has been the target of incessant criticism, accused of procrastinating and breaking his promises to provide Ukraine with heavy weapons to defend itself from the Russian invader.

Berlin has given several justifications for this position. Does he support himself? THE DW check some facts.

“Germany is simply following the line of its allies”

That’s been Scholz’s mantra since Russia marched into Ukrainian territory on February 24. He claims to be proceeding in close coordination with NATO (North Atlantic Treaty Organization) and European Union partners.

“Look what our allies are doing, for example our friends in the G7”said in an interview with journalists last Tuesday (19.Apr.2022), stating that countries such as Canada, the United Kingdom and the United States would have sent the same amount of equipment as Germany.

But 2 days later, on Thursday (21.Apr.2022), the US announced a new US$800 million military aid package for Ukraine, including heavy artillery, bringing the total US contributions to US$3 billion, since Russian President Vladimir Putin started the war.

In contrast, until the beginning of April, when the most recent information available from the German Economy Ministry dates, Berlin’s expenditure on Ukrainian defense was around 186 million euros, mainly for the purchase of grenades launched by howitzers, anti-aircraft missiles , machine guns, ammunition and protective equipment – ​​but not heavy weaponry.

According to the Treaty on Conventional Armed Forces in Europe, the term “heavy weapon” applies to all tanks and armored vehicles, as well as artillery of 100 millimeters or more, and aircraft and helicopters.

According to Carlo Masala, professor of defense and security at the University of the Bundeswehr (German Armed Forces), based in Munich, Scholz is, on the one hand, sending the message to Russians that the country is still holding back on heavy weapons. On the other hand, it is also a signal to his domestic audience and his centre-left SPD (Social Democratic Party).

“It is an issue that is now being debated by various groups in the SPD, and he needs them in Parliament. He needs all these people who don’t want to hand over heavy weapons, thinking that this will escalate the conflict and that Germany would become a target of Russian activities.”explains Masala.

This is a justifiable reservation, but difficult to reconcile with the tweet by the Ukrainian deputy Lesia Vasylenko, on Tuesday (Apr 19), announcing that several Western countries, including the USA, the United Kingdom and the Netherlands, were delivering large amounts of heavy weaponry.

The Czech Republic is also said to have committed to sending dozens of Soviet-made T-72 tanks and BMP-1 infantry vehicles. In mid-April, the US announced that it would rapidly supply 11 Russian-produced Mi-17 helicopters, 200 M113 armored personnel carriers, and 90 155-millimeter howitzers (long-range howitzers) with 40,000 shells.

“The Bundeswehr has reached its limit”

According to Scholz, it would not be possible to send further military support to Ukraine because Germany would be unable to fulfill its national and NATO obligations: “Here, we have to recognize that the options we have are reaching their limits“declared.

The Bundeswehr claims to need its heavy weapons to guarantee national defense obligations and the defense alliance. This would apply, for example, to the self-propelled howitzer 2000 or to the Marder combat vehicles.

The Marder system includes guided missiles, handguns and ammunition, requiring intensive training. Although this process can be shortened, “it is still a matter of weeks, and the equipment has to be prepared”said on Wednesday (20.Apr.2022) Major General Markus Laubenthal, deputy inspector general of the Bundeswehr, to public broadcaster ZDF.

He responded thus to the Ukrainian ambassador to Germany, Andriy Melnyk, one of the most staunch critics of the Berlin stance: “The claim that the Bundeswehr cannot provide Ukraine with anything is not understandable”recently accused the diplomat.

The force has 400 Marders, of which 100 are used for training, and can be transferred immediately to Ukraine, he continued. According to Laubenthal, however, “To ensure the operability of our army, we need weapons systems”.

Defense expert Masala agrees that this is a mere pretext of the government, because, “If the defense of NATO territory needs, say, 20 German tanks, we shouldn’t even try to defend it, as it would be disastrous.“.

“Available weapons are not of immediate use to Ukraine”

The German government argues that Ukrainian soldiers are only able to use weapons they are familiar with, which includes the logistics of carrying out repairs with the appropriate spare parts.

For Masala, it is a valid caveat: “What happens if there is a technical problem with Marder? You don’t have spares, you don’t have the technicians who know how to fix it. You have to ensure that there is a logistics line going to Ukraine, with spare parts and trained technicians.”

Still, Masala agrees that it would be more effective to put tanks in Ukrainian hands now, and worry about logistics later: “Train them to use the model, send them to Ukraine. If they can use Marder for 3 weeks, it’s better than nothing. If it breaks then that’s ok, patience.”

“In the meantime, we can work on the logistics chain for the supply of spare parts. So here, too, it seems to me to be another pretext for not sending the weapons, because it is a political decision not to supply heavy weapons to Ukraine.”

Speaking to broadcaster WDR on Thursday (21.Apr.2022), former NATO general Hans-Lothar Domröse dismissed claims that intense training would be required to master Marder combat vehicles: “We are talking about experienced Ukrainian commanders, who have been fighting since 2014. There is no need to teach them how to use them: anyone who has used a Soviet model BMP-1 can become familiar with the Marder in less than a week and operate it.”

More money and “creative ways” as an alternative

According to Scholz, Berlin would be freeing up more than 1 billion euros for Ukraine to buy military equipment from Germany, such as anti-tank weapons, air defense resources and ammunition. But the tanks and planes that the invaded country has been asking for were not mentioned.

the german tabloid Bild reported that German defense companies initially offered to supply heavy weapons such as Marders, Boxer armored vehicles, Leopard 2 tanks and self-propelled howitzers. However, these items would have been cut from the list.

“There are some heavy weapons on the list, but definitely no tanks. So tanks are apparently the red line for the German government at the moment. Whether we will be able to maintain that line largely depends, of course, on how the war evolves in the coming weeks and months.”notes Masala.

The criticism that Germany was being soft-hearted seems to have had an effect. On Thursday (21.Apr), in an interview with journalists in Estonia, the German Foreign Minister, Annalena Baerbock, declared that “there are no taboos for us in relation to armored vehicles and other weapons that Ukraine needs”.

Apparently, the alternative is to supply with modern German equipment the stocks of allied countries that have Soviet models to spare. As Germany’s stockpiles run out, the West European UN states that still have Soviet-era weapons “they would make available, as has already happened in several cases”explains retired Bundeswehr Colonel Wolfgang Richter, associate at the German Institute for International and Security Affairs (SWP).

German Defense Minister Christine Lambrecht confirmed on Thursday (Apr 21), on the private broadcaster RTL/N-TV, the plans for exchanges with NATO and the European Union, involving tanks, infantry fighting vehicles: “These are different options, which individual countries have and can give up. We are in talks, and now it will happen very quickly.”

Berlin is also working on a swap deal with NATO partner Slovenia: the country would send several Soviet-era T-72 main battle tanks to Ukraine, and Germany would compensate with Marders from its own arsenals.

Another creative option is being negotiated with the Netherlands, which, according to Masala, would send self-propelled 2000 howitzers, an extremely modern German weapon, while Germany would supply ammunition and train the Ukrainians, probably on German territory.

While this approach could reduce some of the pressure and deflect criticism, Masala doesn’t think it will get very far.

“Our Eastern European partners are running out of Soviet weapons. And the Soviet tanks sent by Poland, Slovakia or Slovenia are going to be destroyed in this war. Ukraine will also run out of weapons. At a certain point, the question will come back: either to train the Ukrainians or to provide modern Western weapons systems.”