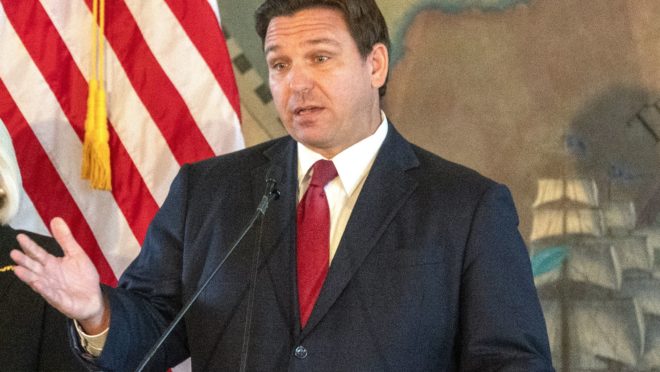 Abhishek Pratap 3 weeks ago News Comments Off on Due to excessive ideological activism, Disney loses tax privileges in Florida 23 Views

Motivated by the request of families concerned about Disney’s growing efforts to promote the LGBT agenda with children and adolescents – which many consider to constitute child erotization – Florida Governor Ron De Santis signed the law that eliminates administrative privileges from which the Disney had enjoyed it since it was a small business and needed tax relief.

The end of the relative administrative autonomy has as its context the dispute between the local government and the entertainment giant over a new legislation entitled the Law of Parents’ Rights in Education, pejoratively called the “Don’t Say Gay” by critics of the measure. The text prevents the propaganda of sexual orientation and the spread of controversial theories of gender in Florida’s elementary schools and directs educational institutions to avoid topics on the LGBT agenda when the age group for such discussions is not appropriate.

Disney’s progressive management reacted to the law, made severe criticism of the government and began to act politically to defame the new norm. DeSantis responded: “I will not allow a California-based woke corporation (that feels morally superior) to run our state.” The Republican criticized the arrogant behavior of the company’s executives and said that Disney had already benefited from “special deals for a long time” in Florida and that it was time to pay more taxes.

The company’s management has not yet officially commented on the loss of status, but legal battles are already taken for granted.

Ron DeSantis is considered one of the strongest names in the Republican Party for the 2024 US presidential race.