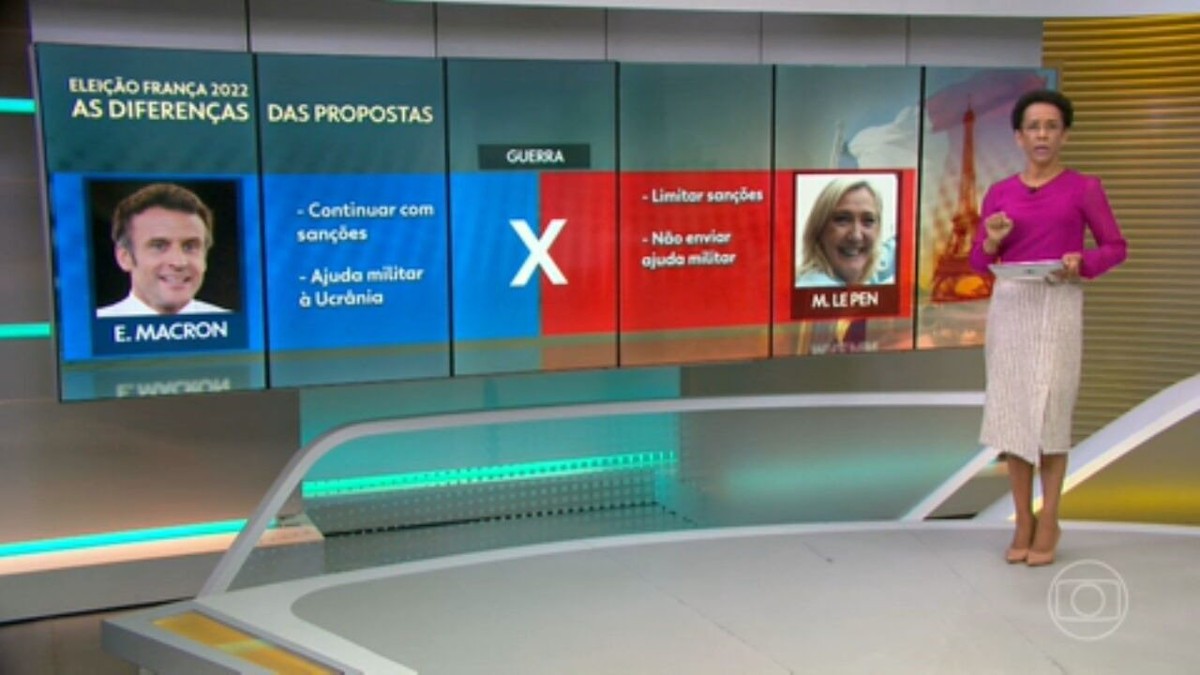 The French go to the polls this Sunday (24) for a rerun of the 2017 second round: centrist Emmanuel Macron is the favorite and, according to polls, should secure a second term against the far-right representative Marine Le Pen.

Five years later, however, France is not the same country.

Social protests marked the first half of the Macron government, a global pandemic has confined millions of people to their homes, and the Russian offensive in Ukraine has shaken the European continent hard.

The ongoing war in Eastern Europe permeated the campaign, although “purchasing power was the number one concern”, Mathieu Gallard, from Ipsos France, told France Bleu radio, for whom there is “a strong disillusionment” among the population, the which is reflected in the electoral race.

In 2017, Emmanuel Macron won the second round of elections in France with 66% of the vote. That year, Marine Le Pen conceded defeat shortly after the exit polls were released.

Polls on Friday (22), the last day that the law allows disclosure, pointed out that Macron should be victorious again, but by a smaller margin. Below are some projections:

Macron’s victory, however, should not be treated as a certainty: in the last elections, in 2017, the polls missed the results by nine percentage points.

If he is victorious again, Macron will govern a divided country, as a significant part of his voters only vote for him due to lack of choice, according to a BVA poll, noting that 66% want him to lose his parliamentary majority in the legislative elections in June. .

In a sign of disenchantment with the first round, students temporarily occupied, days later, the symbolic University of the Sorbonne.

Many young people, as well as part of Mélenchon’s voters, denounce the social and environmental balance of Macron’s five years, but also fear that the extreme right will come to power.

“The vote for Macron is not based on improving the situation of the French, but on an ability to manage crises, to face crises in a world that the French know is increasingly unstable”, analyzed Gallard.

Macron used the argument of having been a stable president in times of crisis and reformist. Le Pen chose to present herself as a defender of the purchasing power of the French, in a context of concern about the soaring prices of energy and food.

Almost 49 million French people have in their hands the choice of which France they want by 2027, a decision that could imply a change in the international alliances of this nuclear and economic power, if the heir to the National Front is elected.

Le Pen proposes to inscribe in the Constitution the “national priority” to exclude foreigners from social benefits granted by the government and defends abandoning the integrated command of the North Atlantic Treaty Organization (NATO) and reducing the competences of the European Union (EU).

The outgoing president, on the other hand, is in favor of “more Europe”, both in economic and social matters, as well as in defense, and intends to recover his reformist and liberal impulse, with his proposal to postpone the retirement age from 62 to 65 years old. .

Polling stations open at 8 am local time (3 am in Brasília) this Sunday (24). Due to the time difference, the overseas territories and the French on the American continent have already started voting before. The last stations close at 8 pm in France (3 pm in Brasília). From there, the first results are already expected.