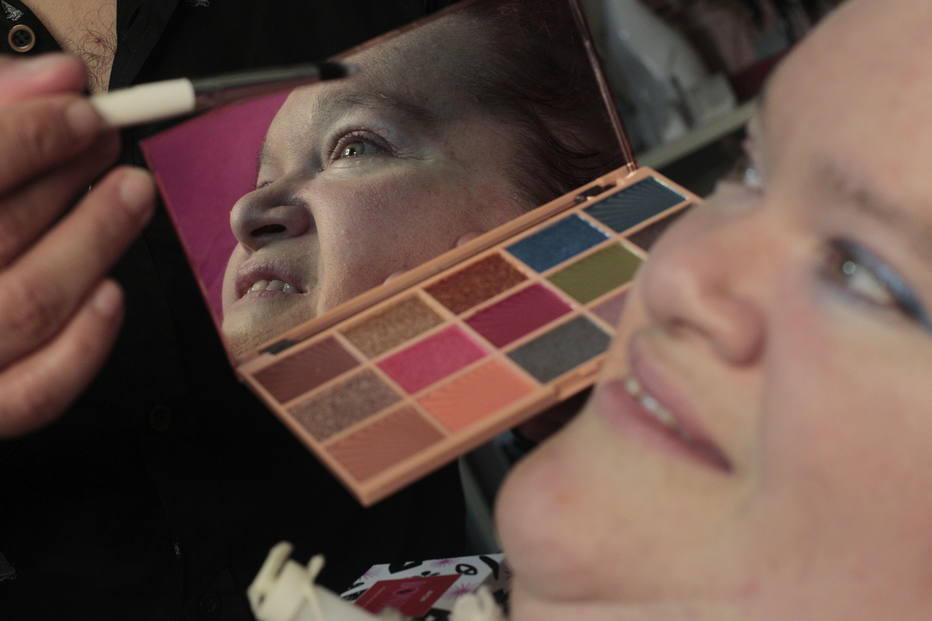 Polio victim who lived for 45 years in hospital inspires play

Eliana Zagui knows the world horizontally. When in a wheelchair, the vertical view is still strange and sometimes painful. Vertical memories of life are few and fade in memory. Before the age of 2, he contracted polio, developed a serious condition of the disease, lost movement from the neck down, had to undergo a tracheostomy and lives connected to an artificial respirator. She lived for 45 years at Hospital das Clínicas. Now, her autobiographical book inspired the play Lily’s Waltzwhich is on display at the Eva Herz Theater until May 1st.

Today, at the age of 48, he lives a dream: to live at home. She lives with a friend in Sumaré, in the interior of São Paulo. He dedicates himself to his work as a visual artist – he makes paintings with his mouth – and to writing a new book, about leaving the HC. The canvas and the blank paper help to tell the story of the last polio survivor at the São Paulo hospital.

Born in 1974, in Guariba (SP), daughter of a humble family, Eliana was a healthy and agitated girl, but she lived with fever and sore throat. They thought it was childish. “My parents took me to several doctors, several hospitals… They even took me to be vaccinated, but they said they couldn’t vaccinate a child with fever and sore throat. Nobody knew it was already a sign of polio.”

Highly contagious, polio is caused by wild poliovirus. Children and adults can become infected through direct contact with feces or secretions from infected people. The disease can cause sequelae, usually motor, related to the infection of the spinal cord and brain by the virus. Among them muscle paralysis – the senses in the region are maintained. There is no cure for the sequelae, which are treated in physical therapy.

Before the last case, recorded in 1989, Brazil experienced several peaks, outbreaks and epidemics of the disease in the 19th and 20th centuries. In 1994, the country received the certificate of eradication of polio from the Pan American Health Organization. In the world, the disease has not yet been eradicated. To avoid importing cases, maintaining high vaccination rates is recommended. During the pandemic, rates of protection against many preventable infections have dropped. According to the Brazilian Society of Immunizations (SBIm), immunization should start from 2 months of age, with two more doses at 4 and 6 months. Boosters between 15 and 18 months and at 5 years are required. Vaccination is by intramuscular and oral route (droplets).

With a late diagnosis, Eliana arrived at the HC already quite weakened, with a paralysis that affected 60% of her body. At that moment, the fight was to prevent the disease from spreading to the respiratory system. She was placed in the steel lung machine so that the diaphragm could work on its own again. The measure did not work. Eliana needed to have a tracheostomy and be connected to a respirator. “At first, the life span was up to ten years”, recalls Eliana.

For 45 years, she lived inside the HC, in a room facing the intensive care units (ICU). “From the hospital window, I could only see treetops.” Within four white walls, she learned to read and write, and was educated by a family, made up of nurses, doctors and technicians. At the hospital, she gained seven siblings who, like her, were victims of polio: Paulo, Pedro, Anderson, Luciana, Tânia and Cláudia. Paulo Henrique Machado, the oldest, died in 2020. It was with him that Eliana shared much of her life. “She was much more of a mother than a sister,” she recalls, with a smile on her face.

To give you an idea, she only left the hospital, for a few hours, at age 15, with the evolution of respirators. “I lived the world through pictures and TV.” Next to the canvases, blank paper has always been her partner. “It’s more than therapy,” she explains of the act of writing. “I was so thirsty to write, to get it out, that I got RSI (repetitive strain injury) in my mouth.”

In the early 2000s, after a call from a nurse who helped her get to the HC, she began to put these unassuming writings together with interviews with doctors and family members. As a result, in 2012, she launched the Lungs of Steel – A life in the biggest hospital in Brazilby Editora Belaletra.

When, by chance, he bumped into Eliana’s book, Aimar Labaki was very surprised. “I liked it for being neither self-help nor self-pitying.” He decided to meet the author in person and they became friends. During about a year of visits, he developed the text that gave rise to the play Lily’s Waltz. “The play is not about her, it is from her,” she says.

The play premiered in 2019, but, with the pandemic, the sessions were only resumed at the end of last year. Because it deals with human immobility in the face of crises, it has become even more current. Labaki reinforces that the story is not sad or depressing. It evokes an “emotion of empathy for the possibility of hope”, she points out. “No matter what happens to our body, our soul can’t help but waltz.”

She's our PC girl, so anything is up to her. She is also responsible for the videos of Play Crazy Game, as well as giving a leg in the news.
Previous Xbox Series X Dev Kit is equipped with 40GB of GDDR6 memory
Next Macron vs Le Pen: What to Expect from France After Sunday’s Election | World