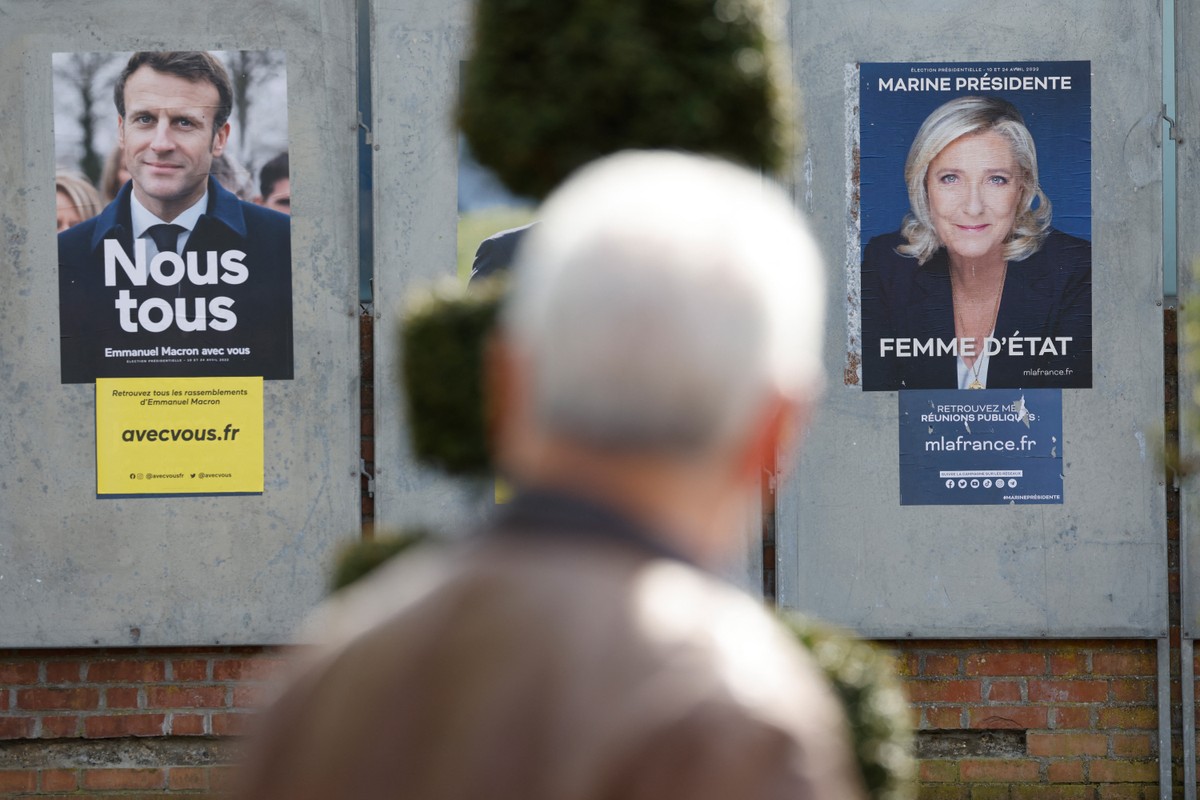 Three hours before the polls close in the second round of the French presidential election, 63.23% of voters had cast their vote by 5 pm (local time) this Sunday (24).

The rate is lower than that recorded in the first round, when at the same time the registered participation was 65%, according to data from the Ministry of the Interior. It is also two points lower than that of the second round of 2017 (65.3%).

More than 48 million French people were called to the polls today to decide whether to re-elect current President Emmanuel Macron (Republic on the March) or give the presidency to candidate Marine Le Pen (National Assembly).

Abstainers can change the outcome of this election. In the first round, more than a quarter of French people did not vote. In this scenario, the centrist candidate got 27.85% of the votes and the far-right candidate got 23.15%. Leftist Jean-Luc Mélencon came in third with 21.95%.

Over the past two weeks, Macron and Le Pen have focused their efforts on convincing leftist voters to vote for them as a way of barring the other’s entry or continuity into the Élysée Palace.

Elections in France: Voting begins for new president this Sunday

Many of these French people say they are disappointed with the result of the first round and say they prefer not to vote. As of Friday (22), according to an Ipsos survey, 38% of Mélenchon’s supporters did not intend to vote for either candidate.

The percentage of participation should still increase. French people can vote in most of France until 7pm. Residents of Paris and large cities have one more hour and will be able to cast their vote at 8 pm.

Marine Le Pen voted for Hénin-Beaumont around 11 am local time. Macron voted for Touquet, alongside First Lady Brigitte Macron, in the early afternoon, around 1:30 pm.