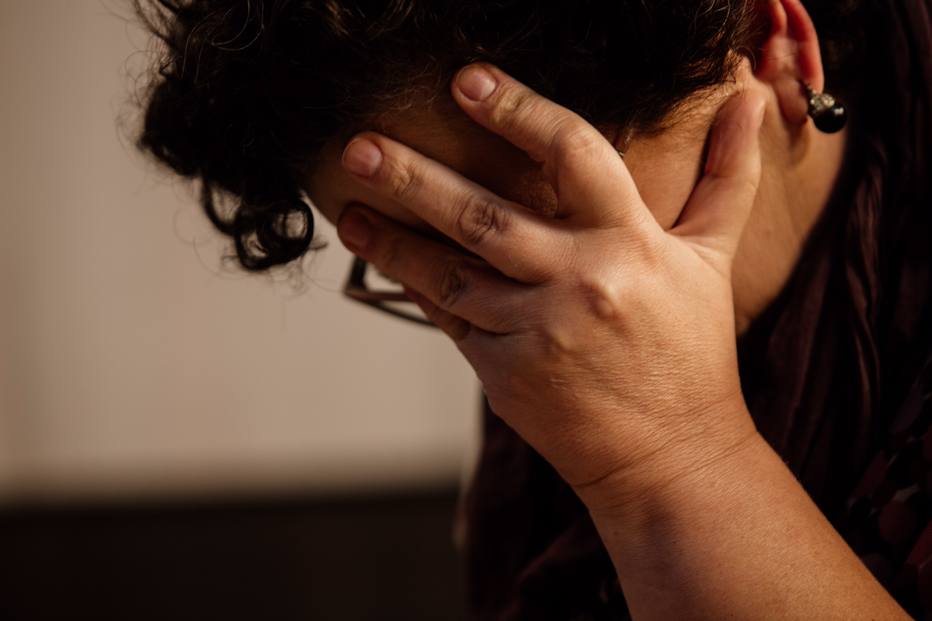 RIO – An increasing percentage of Brazilians suffer from depression, and the pandemic of Covid-19 may have contributed to the problem. According to the Vigitel Survey 2021, from the Ministry of Health, released last week, an average of 11.3% of Brazilians report a medical diagnosis of depression. It is a number well above the average indicated by the World Health Organization (WHO) for Brazil, of 5.3%. Vigitel is an annual survey on health in capital cities. And it’s the first time it brings depression numbers.

The survey also showed that, on average, there are more people in the country with depression than with diabetes (9.1%) – a chronic disease considered very common. The study also revealed that the frequency of adults with a medical diagnosis of depression varied greatly between the capitals. It went from 7.2% in Belém to 17.5% in Porto Alegre. As is already known, the disease affects more women (14.7%) than men (7.3%) and appears with similar percentages in all age groups.

“We already had an indication that the problem was increasing and, therefore, we decided to include depression in Vigitel, which is carried out more frequently”, explained Professor Rafael Moreira Claro, from the Federal University of Minas (UFMG), coordinator of the work . “The 2019 National Health Survey (PNS) recorded that 10% of the population had a medical diagnosis of depression, up from 7.6% in the previous survey in 2013; increase of 5 million people.”

The researchers believe that the expressive number of diagnoses is now related to the covid-19 pandemic. A survey carried out by the State University of Rio (UERJ), in 2020, on the impact of the pandemic, revealed that the percentage of cases had increased from 4.2% to 8% in the first months of the crisis in the country. “We know that very stressful situations like the pandemic can be a trigger for depression”, said Alberto Filgueiras, from the Institute of Psychology at UERJ. “Although the new number is very high, it is not surprising that two years later the situation has worsened, not least because we have no public policy to contain pathological demands.”

As depression is a “silent” disease and surrounded by taboos, cases still tend to be underreported. “The demands of the times we live in are already very great, and now they are added to a pandemic context, an invisible threat, life-threatening for you and your loved ones. A lot of people didn’t even realize it”, said Teresa Cristina Kurimoto, from the UFMG School of Nursing, one of those responsible for Vigitel. “Some studies show that in specific groups, especially frontline professionals, the increase was much greater, reaching 40%.”

For experts, there is no single explanation for the phenomenon. The demands of contemporary life have an impact, as well as the improvement of diagnosis and the excess of diagnoses. “The time we live is anxiogenic (anxiety generator) and, at the same time, we realize our powerlessness in the face of so many things ”, said Kurimoto. “We are constantly faced with the demand to be excellent managers of ourselves; It’s not good to be good, it has to be excellent. The management of time, emotions, everything needs to happen in a very competent way.”

The reduction of prejudices surrounding the disease and the improvement in diagnoses certainly contributed to the increase in the real number of cases. But, the specialist pointed out, one cannot rule out an excess of misdiagnoses, in which issues inherent to human existence are transformed into disease.

Vigitel also showed an increase in binge drinking and a reduction in physical activity – two variables linked to depression. The work shows that practically half of the population (48.2%) does not practice less physical activity than recommended. And the abusive consumption of alcoholic beverages reached 18.3%. Depression results from a complex interaction of social, psychological and biological factors, according to the World Health Organization. People who experience adverse events (such as unemployment, bereavement, psychological trauma) are more likely.

Episodes of depression can be mild, moderate or severe. Some symptoms to watch out for are persistent sadness, depressed mood (despondency, low self-esteem, feelings of worthlessness), loss of interest in previously enjoyed activities, changes in appetite, sudden weight gain or loss, insomnia, excess sleep, and marked fatigue. Depending on the medical evaluation, treatments can be psychotherapy or medication, or a combination of the two.

Preferring anonymity, IR, 50, from Porto Alegre, was diagnosed by a psychiatrist with bipolar disorder. The identification came about 20 years ago when she was in her second marriage. “I’ve always struggled with behavior change relationships and that absurd sadness. I always had a lot of doubts about this diagnosis of bipolarity, because my episodes of depression are much more persistent than anything else”, said the communicator who works at a TV channel.

IR reported that at the beginning of the disease he was able to identify his manic crises, such as exacerbated euphoria, lack of control in economic expenditures (especially superfluous ones) and extreme irritability. At the time, she had private consultations with the psychiatrist and took medication. Among the medications prescribed were divalproex sodium, indicated for the treatment of manic episodes associated with bipolar disorders, and sertraline hydrochloride for symptoms of depression and anxiety. “I took it for a while and then stopped on my own.”

After a period, the patient returned to the doctor and started to be treated with topiramate, for mood stabilization, and quetiapine, for the maintenance treatment of affective disorder. “I did the treatment for a while and stopped again. I live in the present. Depression was so strong that it even took over the attempt that a bipolar patient can have, for example: what am I going to spend money for? I will argue for what? I don’t have a lot of expectations with things, I don’t have that desire anymore, you know….”, she lamented.

The patient revealed that she gave up conventional treatments, such as psychiatric and psychological ones, due to the high values ​​of consultations and medication to combat depression and anxiety. “The sudden loss of his job in 2015 (just before his birthday), the death of my grandmother and the end of his second marriage were crucial factors”, commented IR, who has thought about suicide a few times.

A lot of people still don’t believe it, but having a pet is good for your health. It can be a dog, a cat, a hamster or even a bunny. The fact is that living with these animals brings joy and well-being, and socializing is always very pleasant and rewarding. The IR, from Rio Grande do Sul, who is also a mother and grandmother, attributes her life to taking care, especially, of pet cats. “I live for them, cats are my medication and that’s how I keep myself stable, standing, as a fighter, you know?”, explained the gaúcha.

The elderly Zilma de Sousa, 70 years old, living in an apartment in the north of Porto Alegre, said that she was diagnosed with depression after the death of her husband, in January 2014. At the time, she felt a lot of sadness, an emptiness and great want to sleep, just sleep. She underwent psychiatric treatment for a year and a half. Afterwards, she continued with just the medication. “I dropped the appointments because I just talked and talked and the doctor didn’t tell me anything, he just gave me medication. Of course, the medicines helped and still help today”, admitted Zilma.

Among the drugs displayed in a box on the living room table are clonazepam – a very effective anxiolytic against anxiety disorders, and escitalopram, used to treat or prevent the recurrence of depression, to treat panic, anxiety and obsessive compulsive disorders. “I take the two pills daily and I feel good, and I have my companion here, Marenco (a Shitzu dog), 8 years old. Marenco was a gift from his daughter, shortly after her father’s death. “One hell of a friend”, concluded Zilma.

According to the psychiatrist at Grupo Hospitalar Conceição (GHC) in Porto Alegre, Bruno Paz Mosqueiro, 37 years old, about 20% of patients seen at the Psychosocial Care Center (CAPs) report symptoms of depression and they are referred to the Post or, depending on the severity of the case, directed to specialized outpatient clinics in the field of psychiatry. Another observation made by the doctor, during the consultations, is that most are women who seek help. “Women are almost twice as likely to develop depression and this is due to a variety of factors, from biological to gender issues,” he explained. COLLABORATED LUCIANO NAGEL, SPECIAL FOR ESTADÃO

She's our PC girl, so anything is up to her. She is also responsible for the videos of Play Crazy Game, as well as giving a leg in the news.
Previous Pre-candidates for the Plateau congratulate Emmanuel Macron
Next Stocks fall sharply with Covid in China and expectations of high interest rates; oil and ore plummet and more market highlights today