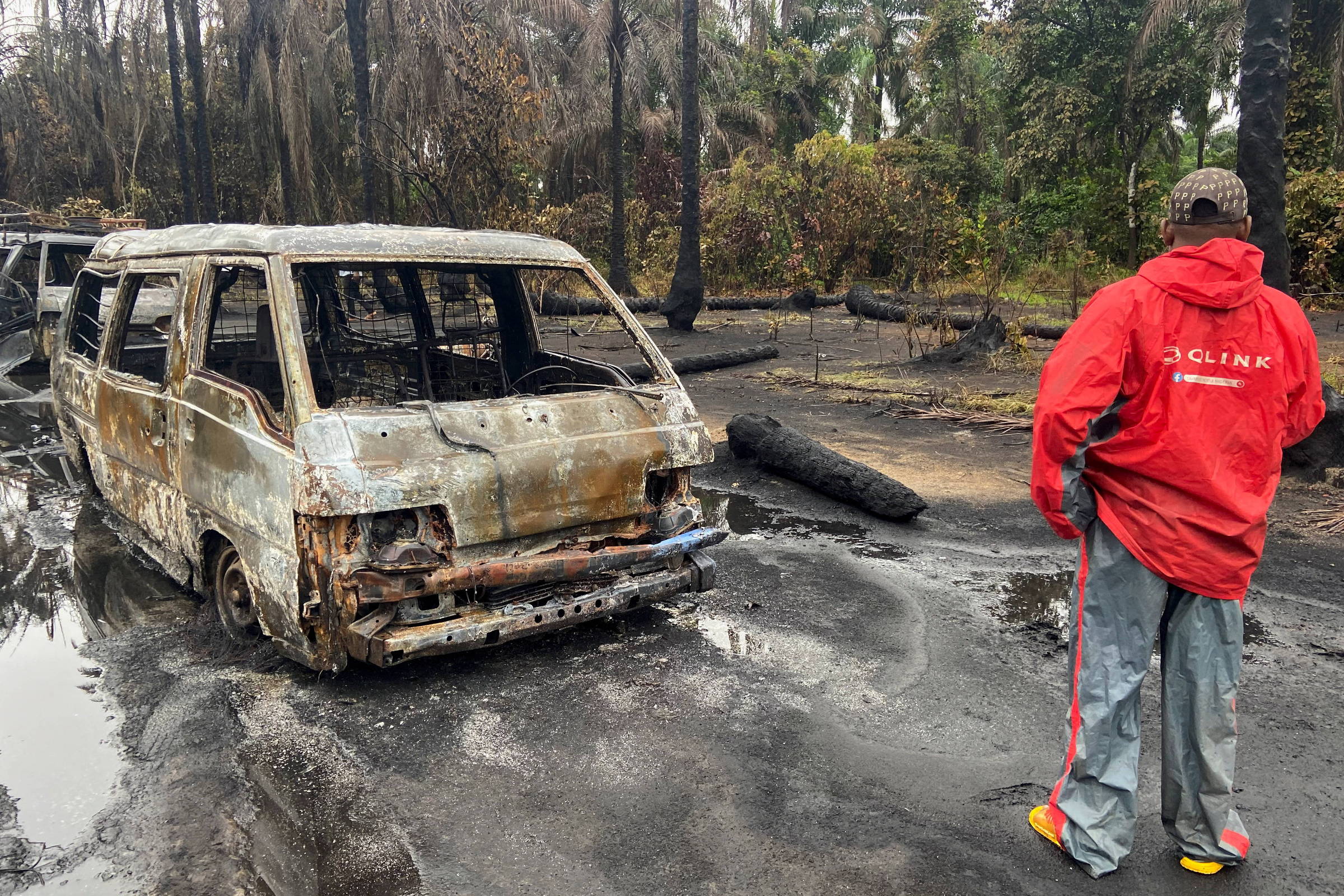 At least 100 people died in an explosion at a clandestine oil refinery in southern Nigeria, an area ravaged by decades of vandalism and illegal hydrocarbon exploitation.

The explosion took place Friday night at the clandestine site between the southern oil states of Rivers and Imo, police said.

Witnesses report that the explosion site is littered with charred vehicles and drums, used to transport the stolen oil.

An investigation has been opened to determine what caused Friday’s explosion, the head of the National Oil Transfer Detection and Response Agency (NOSDRA), Idris Musa, told AFP.

“Investigations are ongoing and the fire that started after the explosion was partially brought under control,” he said.

This is the latest in a long series of incidents in this country, Africa’s biggest oil producer, where such accidents are frequent.

In the Niger Delta oil region, criminals from some local communities routinely vandalize pipelines to transfer and steal oil, which is refined in clandestine locations, to finally be sold on the black market.

Most of the inhabitants live in extreme poverty, despite the millions of dollars generated in the region, with a production of around two million barrels a day.

According to formal sector sources, the country loses around 200,000 barrels of oil a day due to vandalism, theft and illegal transfer of oil.

But the inhabitants of the region accuse the big oil companies of having contributed to the contamination of the area, without participating in its development.

Decades of incidents have devastated mangroves and entire villages, where fishing and agriculture ensured survival as a source of local income.

The worst pipeline explosion in Nigeria occurred in October 1998 in the southern city of Jesse, causing more than a thousand deaths among its inhabitants.