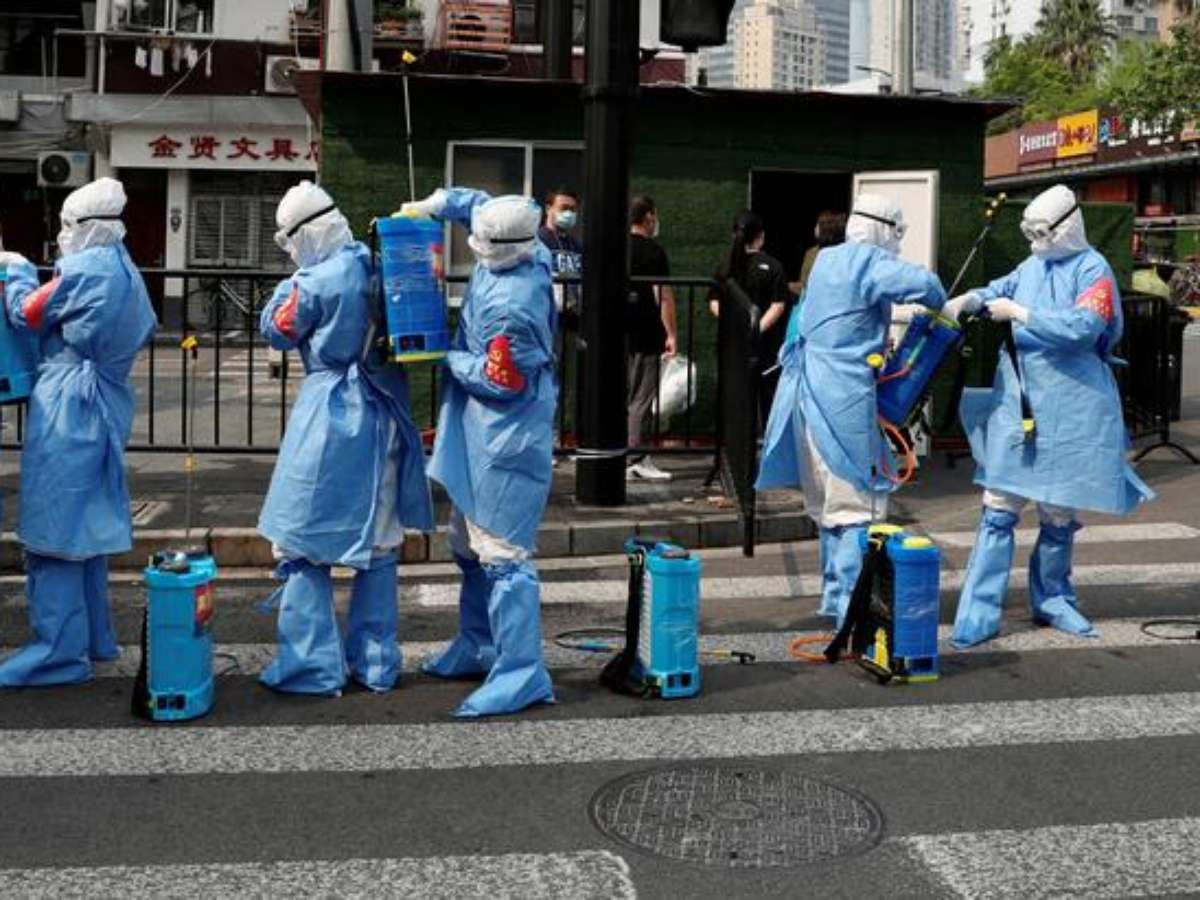 Shanghai has record number of covid deaths since lockdown began

Despite being in a strict lockdown for more than two weeks, the Chinese metropolis of Shanghai, with about 26 million inhabitants, recorded this Sunday (24/04) the highest daily number of deaths from covid-19 since the beginning of the confinement. . There were 39 deaths in 24 hours, bringing to 87 the number of deaths in the city since the beginning of the lockdown – on Saturday, there had been 12.

According to Chinese authorities, the highest number of deaths are among elderly people suffering from chronic diseases such as hypertension. However, two victims were aged between 39 and 48 and five were vaccinated against Covid-19.

Even with the strict confinement in Shanghai, almost 22,000 new positive cases were registered this Sunday, the AFP news agency reported, adding that China’s largest city has totaled almost half a million cases since the beginning of March, when the current outbreak began. .

According to business channel Caixin, barriers made of thin sheets or wire mesh were erected in several places, under orders from local authorities. The main entrances to the buildings where coronavirus infections were detected were closed, leaving only small passages to allow the entry of pandemic prevention workers.

China, which enforces a strict “zero-tolerance” policy for the novel coronavirus, is experiencing a wave of outbreaks attributed to the omicron variant that is causing record numbers of infections not seen since the start of the pandemic in the first half of 2020. So far. , with its highly restrictive policies, the country has managed to limit the total number of deaths to less than 5,000 since the emergence of the new coronavirus in late 2019.

The new confinements are affecting not only China’s daily life, but also the world economy. According to the International Monetary Fund (IMF) the recent blockades in China can cause bottlenecks in global supply chains, impacting several countries. In addition, according to the European Union Bureau of Statistics (Eurostat), the lockdowns in China contributed to the rise in inflation in the euro zone.

Rise of cases in Beijing

On Sunday, Beijing reported 22 new infections, a number considered high by authorities. “The situation is serious, the whole city must act without delay,” Pang Xinghuo, deputy director of the Beijing Center for Disease Control and Prevention, appealed on Saturday.

He said preliminary observations suggested that Covid-19 had “spread invisibly” in the capital for a week, affecting “schools, tour groups and many families”.

Beijing also imposed strict controls on entry into the city. Travelers are required to prove a negative test taken less than 48 hours ago and people who have traveled to cities or regions where a single case of covid has been recorded in the last two weeks are prohibited from entering.

The city is carrying out massive testing in areas that have reported cases and expects more infections to be detected in the coming days.

The official number of active infected people in mainland China is 29,531, with 236 of them in serious condition. Since the beginning of the pandemic, China has had 200,654 infected with the coronavirus and 4,725 deaths from the disease. The country, however, does not consider asymptomatic cases as positive cases.