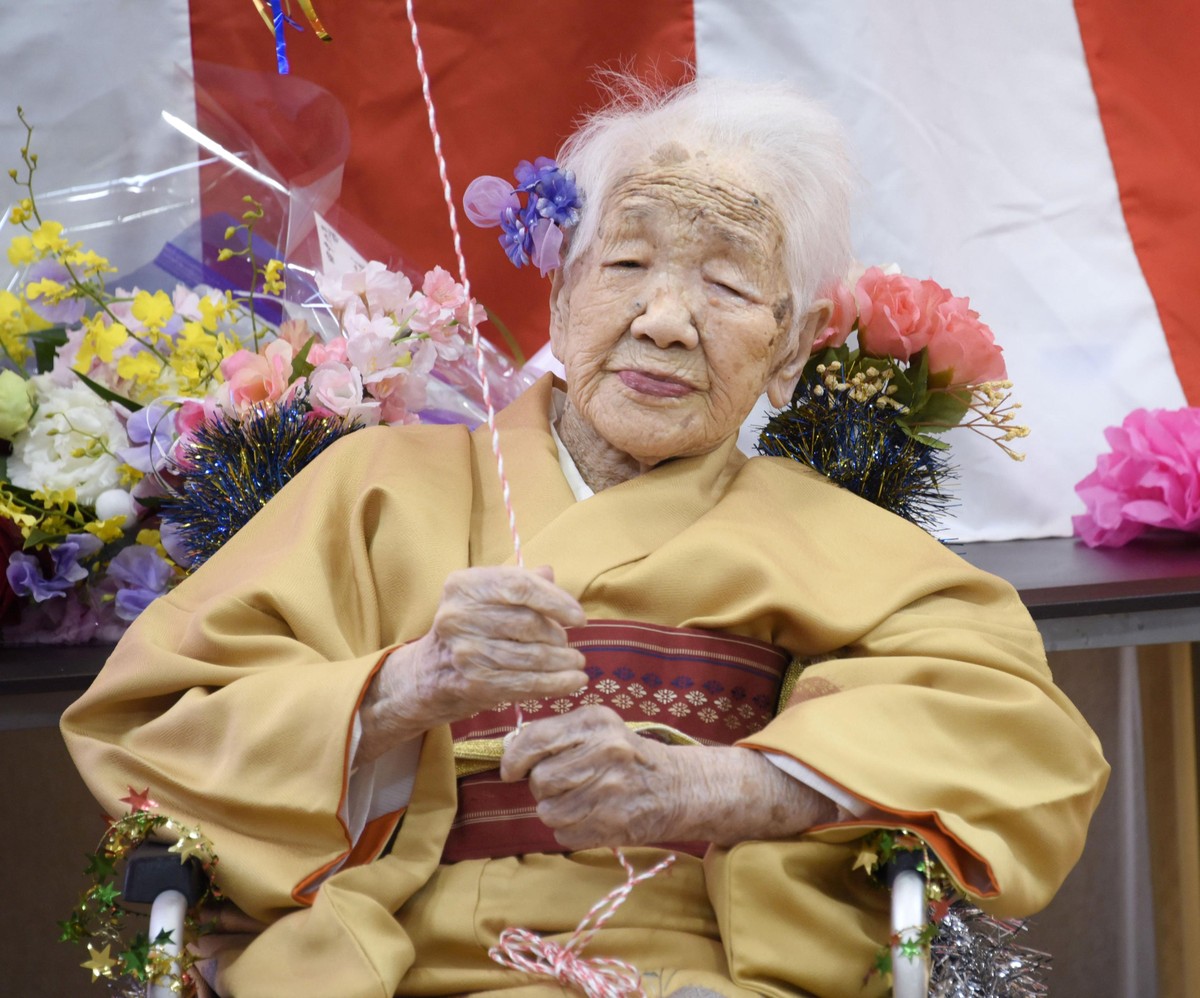 A Japanese woman recognized as the world’s oldest person has died at the age of 119, local authorities announced on Monday. According to the AFP news agency, Kane Tanaka died on April 19.

Kane Tanaka was born on January 2, 1903 in the Fukuoka region (southwest Japan), the same year that Marie Curie became the first woman to win a Nobel Prize.

Tanaka was in relatively good health until recently and lived in a nursing home, where she enjoyed playing board games, solving math problems, drinking sodas, and eating chocolate.

In her youth, she had several businesses, including a noodle shop and a rice cake shop. Kane married Hideo Tanaka a century ago, in 1922, with whom she had four children and adopted a fifth.

Considered the oldest woman in the world by the book of records, Japanese Kane Tanaka, 116, poses with chocolates that bear the name of Japanese eras. Tanaka was born during the Meiji era, a time of great transformation in Japan. — Photo: Ryosuke Uematsu/Kyodo News via AP

She intended to use a wheelchair to participate in the 2021 Tokyo Olympics torch relay, but the pandemic prevented her presence.

Recognized by the record book

When the Guinness Book of Records recognized her as the world’s oldest person in 2019, she was asked at what point in her life was she the happiest and replied, “Now.”

Her daily routine has been described as: waking up at 6:00 am and afternoons devoted to studying math and practicing calligraphy.

“One of Kane’s favorite pastimes is a game of Othello and he has become an expert at the classic board game, often beating the home’s staff,” Guinness said.

Local governor Seitaro Hattori highlighted the life of Tanaka, who passed away on April 19.

“I had planned to meet Kane at this year’s Respect for Seniors Day (a national date in September) and celebrate with his soda and chocolate. The news makes me very sad,” he said in a statement released on Monday.

According to World Bank data, Japan is the country with the longest population in the world, with 28% of people aged 65 and over.

The oldest living person verified by Guinness was Frenchwoman Jeanne Louise Calment, who died at the age of 122 years and 164 days in 1997.