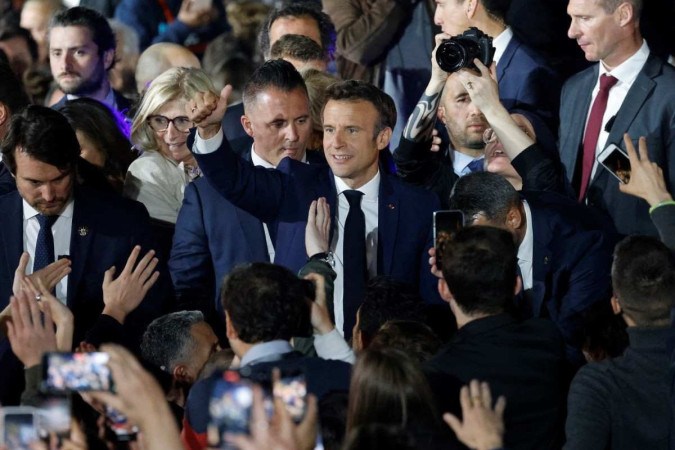 The Brazilian government issued a note, this Monday (25), congratulating the re-elected president of France, Emmanuel Macron, who won the second round of the presidential election this Sunday (24/4), against the far-right candidate Marine Le Pen

Itamaraty highlighted the “historical ties” of the nations, and that the union of countries brings benefits to Brazilians and French people.

“The Brazilian Government congratulates Mr. Emmanuel Macron on his re-election to the Presidency of the French Republic. Brazil reaffirms its willingness to work towards deepening the historic ties that unite the two countries and bring mutual benefits to Brazilians and French people, and expresses its expectation of continuing to implement the broad bilateral agenda,” said the government.

US President Joe Biden tweeted about the result that re-elected Macron. “France is our oldest ally and a key partner in tackling global challenges. I look forward to our continued close cooperation – including in supporting Ukraine, defending democracy and fighting climate change,” he said.

Amid the conflict with Russia, Ukrainian President Volodymyr Zelensky congratulated Macron on his re-election, saying the French president is a “true friend”. “Congratulations to the president and a true friend @EmmanuelMacron on his electoral victory,” Zelensky wrote on his Twitter account.

Vladimir Putin, President of Russia, also acknowledged the result. “I sincerely wish you success in your state activities, as well as good health and well-being,” he said in a statement released by the Kremlin.

Finally, Prime Minister of the United Kingdom, Boris Johnson, sent congratulations to Macron later on Sunday, in Brasília time. “France is one of our closest and most important allies. I look forward to continuing to work together on the issues that matter most to our two countries and the world,” he declared.