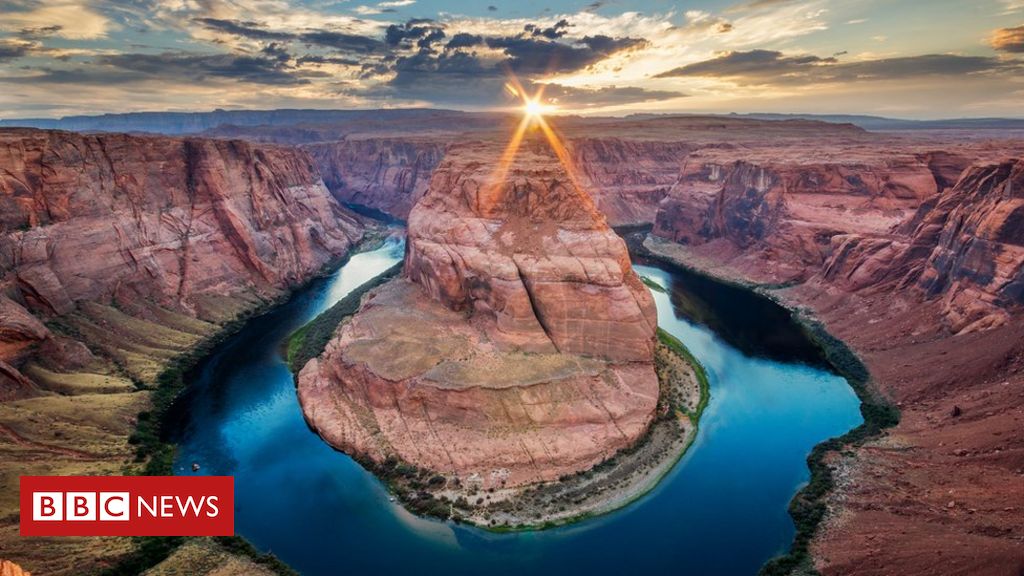 Great Nonconformity: the period of up to 1 billion years without geological records on Earth

Raju Singh 3 weeks ago Technology Comments Off on Great Nonconformity: the period of up to 1 billion years without geological records on Earth 6 Views

The rocks on the Earth’s surface are like a book that tells the whole story of our planet.

Each of the soil layers that make up mountains, canyons, cliffs and other landforms are like pages that contain information about when and how the landscape we see today was formed.

The rocks closest to the earth’s crust are the first pages of the book, the ones that tell the beginning of the story.

From there, as more layers overlap, we learn from our planet’s more recent times.

But what if pages are missing from this book? How can we understand a story if we can’t read every chapter?

This is exactly what happens to the Earth’s geological record.

Between the oldest and newest rock layers, there is a huge gap, many pages missing.

This gap, of which we have no information, is equivalent to a period that in some parts of the world corresponds to 1 billion years, according to the United States Geophysical Union (AGU).

This immense void is known as the Great Nonconformity and is one of the greatest enigmas in geology.

“A billion years is almost a quarter of the Earth’s history, it’s a lot of information lost, a lot of time lost”, says geologist Barra Peak, a doctoral student in Geological Sciences at the University of Colorado Boulder and an expert on the Great Nonconformity, to BBC News Mundo, the BBC’s Spanish-language news service.

In a 2020 paper, a group of researchers at that university described the Great Nonconformity as “geological amnesia”.

What is the Great Nonconformity due to, what clues are there to this lost time, and why is it important to solve the mystery?

In geology, the passage of time is recorded in the layers of rock and sediment that are deposited on top of each other. The lower layers are the oldest and the ones that accumulate on top are more and more recent.

The rock type and location of each layer provide researchers with information about how and when this region of soil formed.

Studying these layers is called stratigraphy and it helps to know what the Earth was like at the time this layer was formed.

One of the most famous places where these layers can be clearly identified is the Grand Canyon in Arizona, United States.

Each horizontal line shows where, when and how the rocks that make up that layer were deposited.

And it was in the Grand Canyon, in the United States, that the Great Nonconformity was first identified.

The geologist John Wesley Powell, in 1869, was the first to notice that there was a chunk of time that was not written in that stone book.

A gap in the ground

“Unconformities” in soil layers occur when rocks or sediments erode and time passes before a new layer is produced, according to the United States Geological Survey (USGS).

After this period, at some point, a new layer of rocks will form on the eroded surface, but it will be impossible to fill this gap during which no sediment has accumulated.

This explains why in many parts of the world we can see very old rock layers on top of very young rock layers, without a middle-aged rock layer in between.

By figuring out the age of the oldest and newest stones, the researchers deduce the time period for which they have no record.

And where are those lost rocks?

In some places, explains Peak, the layers are missing because the rocks were destroyed by water or erosion, turning them into sand that ended up being deposited, for example, in ancient oceans.

But elsewhere it is unclear whether the layer ever existed.

“It could be that sand or clay was never deposited in those places, which later turned into rock, that nothing was really happening in that landscape, as if it had just been standing there for a long time”, says the geologist.

What is the Great Nonconformity due to?

The answer is that nobody knows.

Peak, however, says there are at least four main hypotheses that try to explain this lost era.

The first has to do with the formation of an ancient supercontinent called Rodinia, which formed between 1 billion and 800 million years ago.

This was before the formation of the famous supercontinent Pangea.

When Rodinia was being formed, due to tectonic movements, a large number of rocks were exposed to atmospheric conditions, which could favor the destruction of the new rock material that was forming.

“When rocks are young, they are very susceptible to the processes that destroy them,” says Peak.

The second refers to a very similar process: the formation of another supercontinent called Panotia, about 580 million years ago.

A third possible explanation also has to do with Rodinia, but not with the formation of this supercontinent, but with its fragmentation, which occurred about 750 million years ago.

This process of separating land masses also exposes a lot of material that geologists call “fresh rock”, which is easily vulnerable to erosion.

And Peak mentions a fourth possible reason, which no longer has to do with supercontinents, but with climate change throughout the planet’s history.

The geologist explains that there is evidence that during a period within what corresponds to the so-called iconformity there was a phase of cooling of the Earth, about 700 million years ago.

During this period, it is likely that almost the entire planet was covered by glaciers.

Thus, the hypothesis is that this ice has removed what were then the outermost layers.

“If the entire globe is covered in ice, there’s not a lot of material being deposited to form new rocks,” says Peak.

For each of these hypotheses, there are studies that reinforce them or try to refute them.

According to Peak, however, the fact is that for now there is no single answer that explains the Great Nonconformity.

“Perhaps there is no single and simple answer that explains the phenomenon at a global level”, says the expert.

“It may not just be due to the formation of continents or climate, but regional characteristics that control the erosion of rocks”, he says. “Globally, we cannot say that there is a single cause.”

The keys that the Great Nonconformity holds

To determine the age of rocks and therefore the layers that are missing, geologists look at the radioactive decay of rocks, that is, they analyze the chemical elements into which rocks decay over time.

In the case of Peak, for example, it analyzes the cooling process of the rocks, to know to which period they belong.

Putting together the pieces that explain the Great Nonconformity is a way to learn what the early Earth was like. This, points out Peak, is important because in this period great changes took place, not only geological, but also biological, for which it can provide information about the evolution of life on the planet.

“The Cambrian explosion was Darwin’s dilemma,” says Francis Macdonald, a geologist at UC Santa Barbara. “This is a 200-year-old question. If we can solve it, we will be rockstars“, jokes.

Raju has an exquisite taste. For him, video games are more than entertainment and he likes to discuss forms and art.
Previous Project ensures first-line treatment in the SUS for children and adolescents with leukemia – News
Next Physician reports ‘desperation’ and ‘shock’ after patient was executed in a hospital in SP; VIDEO | Santos and Region