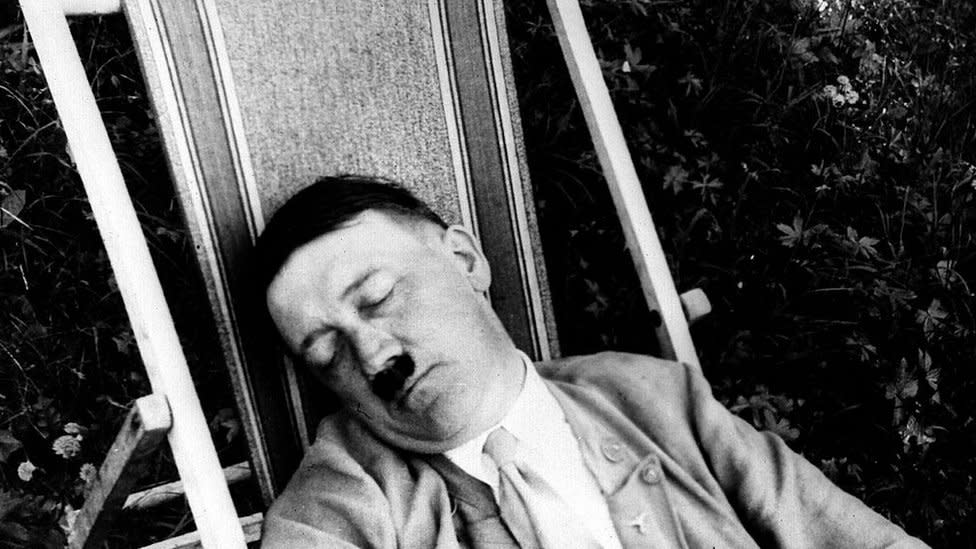 Hitler’s Unknown Addiction to Amphetamines and Other Narcotics

For those who thought there was nothing more to write about Adolf Hitler and the Third Reich – two of the most talked about and told topics in history – there is a revelation that until now had gone almost unnoticed.

Hitler was “the Fuhrer of Drugs”. He was “a consummate addict whose veins were on the verge of collapsing as he retreated to the last of his bunkers”.

This is the extraordinary claim made in a book that was a bestseller in Germany and has now been translated into 18 languages, including Portuguese: “Der Totale Rausch” (“Total Delirium”).

The author, Norman Ohler, talks about Hitler’s relationship with drugs, including cocaine, heroin, morphine and, above all, the dangerous and highly addictive psychostimulant precursors of methamphetamine.

“The book is about the massive use or abuse of drugs during Nazi Germany,” Ohler told the BBC.

And the “strategic” role played by a specific methamphetamine, manufactured by the Nazis in 1937 under the trade name “Pervitin”.

The story told by Ohler begins at the time of the Weimar Republic, when the German pharmaceutical industry was booming and the country was one of the biggest exporters of opioids, such as morphine and cocaine.

“The first was from 1936 to 1941, when Hitler was taking vitamins and glucose. In 1936, he met Theodore Morell, who quickly became his personal physician,” who was a key player in Hitler’s drug use, says the author.

“He said, ‘I can give you vitamin injections that you will feel good with right away and that you will never get a cold with. Hitler therefore lived on vitamin and glucose injections.’

The second stage, the author claims, began in the autumn of 1941, when the war against Russia began to go wrong.

“Hitler started taking hormones, steroids and barbiturates. They injected him with hormones from animals, including pigs, and it seemed to work.”

The third stage, in the summer of 1943, is when he starts using “extremely hard drugs”, says the author.

Ohler, who is a journalist and has written two novels, says he intended to write a novel about the role of drugs during Nazism.

But during his first visit to the archives, he completely changed his mind when he found Dr. Theodor Morell.

Morell’s notes, says Ohler, show that the doctor gave Hitler a total of 800 injections over a period of 1,349 days.

Subsequently, the author traveled from one national archive to another to gather material for his book.

“In July 1943, (Hitler) had a decisive meeting with Mussolini, who wanted to leave the Axis Powers. Hitler was very depressed about it,” says Ohler.

“That day, Morell first used a drug called Eukodal, a semi-synthetic opioid analgesic, a pharmacological cousin of heroin, but which produced a much more potent euphoric effect.”

The Eukodal that Germany developed is the drug that is now called Oxycodone, which has caused a high rate of addiction worldwide.

“After an injection of Eukodal, Hitler felt extremely well and there are reports that he was so euphoric and non-stop talking at that meeting that he managed to convince Mussolini to continue supporting Germany,” the author told the BBC.

Ohler also found evidence that Hitler had used cocaine on at least 15 occasions. “And it wasn’t a small dose of the drug. It was the pure substance given to him by the SS (Schutz-Staffel, elite corps and bodyguard of the Führer).”

“There were times when I would take cocaine and Eukodal over a period of a few hours, which in drug parlance is called Speedball.”

In “Total Delirium”, Ohler also talks about the strategic role played by the drug Pervitin, manufactured in Germany in 1937 and distributed by the Nazis to their armed forces.

Pervitin was considered a “magic compound” by the Germans, and was commonly used by many from housewives, actors, drivers – to improve confidence and performance – and even soldiers to combat stress and fatigue and produce feelings of euphoria. .

In his book, Ohler reproduces a letter sent from the front lines of the war to his parents, by the writer and future Nobel laureate Heinrich Böll, in 1939, in which he begs to be sent Pervitin, which was the only weapon with which he could fight. your main enemy: sleep.

“In Berlin, it became the trendy drug. People drank it as if they were drinking coffee to improve their energy levels. Huge doses of Pervitin were taken, everywhere. The company wanted Pervitin to be a rival to Coca Cola. “, he adds.

British historian Ian Kershaw, who is one of the leading academic authorities on Hitler and Nazi Germany, told The Guardian that it was “a serious work of scholarship”.

“Hitler used drugs to maintain the convictions he formed when he was not under the influence of narcotics,” summarizes Norman Ohler.

“What he was doing was pulling away from reality at times when he should have realized how illusory and irrational his ideas of beating the whole world were.”