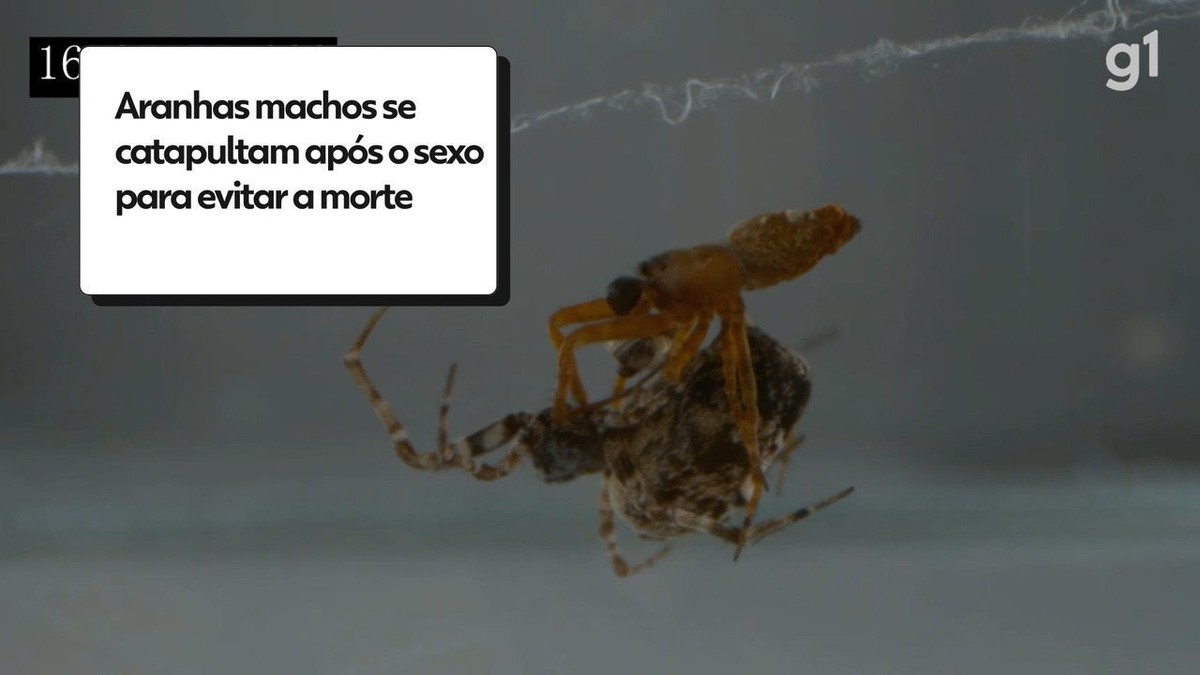 Sometimes there are more than valid reasons to leave right after sex.

The mechanism, first described on Monday in the journal “Current Biology”, says that the spiders’ first pair of legs is immediately launched in a catapult action in fractions of a second.

The paper’s lead author, Shichang Zhang of Hubei University in Wuhan, told AFP he was “thrilled” by the discovery, which required high-speed, high-resolution cameras to detect.

Zhang and his colleagues were studying sexual selection in this species of spider, “Philoponella prominens”, which lives in community groups of up to 300 individuals.

Of the 155 successful matings, they found that 152 ended up with the male catapulted and therefore as a survivor of the encounter.

Males can mate with the same female up to six times by jumping, climbing back up in a silk “safety web”, mating again, and jumping again.

The three males that did not catapult, the female quickly captured, killed and ate.

Another 30 males who were intentionally prevented from launching because of an obstacle placed on their backs suffered the same fate, leading the researchers to conclude that the catapult is essential to preventing sexual cannibalism.

As they fly through the air, males spin at about 175 revolutions per second.

Zhang believes that females consider males’ sexual aptitude for their ability to run away.

“Through the catapult, a male can escape the sexual cannibalism of females, and a female can choose high-quality males, because kinetic performance can be directly correlated with male fitness,” he said.

Even if they have already mated, females discriminate sperm from males who pass the test, Zhang explained.

Future work can confirm whether there is a correlation between the male catapult and reproductive success, Zhang said.

Raju has an exquisite taste. For him, video games are more than entertainment and he likes to discuss forms and art.
Previous Activist Osman Kavala sentenced to life in prison
Next New Clues About Mysterious Hepatitis Outbreak That Leads Children to Liver Transplants | Health