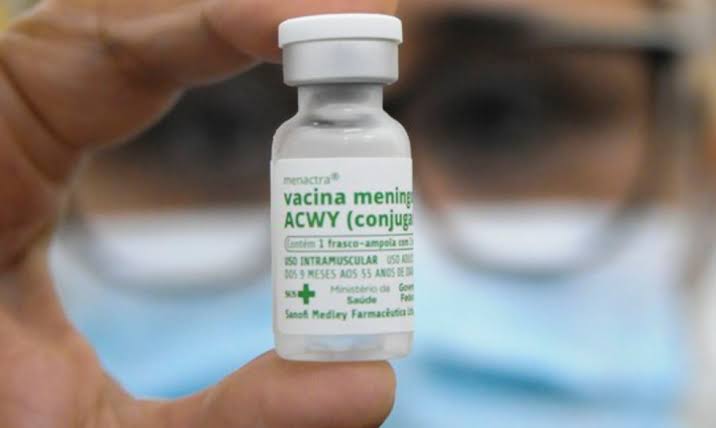 João Marcos is currently 4 years old. In 2017, at the age of 56 days, he was diagnosed with bacterial meningococcal type B meningitis. He spent more than a hundred days fighting for his life in the ICU. In order to mark stories such as that of the little one, in addition to highlighting the importance of prevention, diagnosis, treatment and improvement of support measures for patients, this Sunday (24/4) is celebrated the World Day to Combat Meningitis.

In Minas Gerais, between 2017 and 2022, 4,204 cases of meningitis were recorded, with 503 deaths . Vaccination is a fundamental strategy to prevent the development of the disease, deaths and sequelae.

The technical reference in Meningitis of the Minas Gerais State Health Department (SES-MG), Fernanda Barbosa, explains that in general terms the entire population is susceptible to meningitis. However, children under 5 years of age, especially those under 1 year of age, are more vulnerable. “For children under 5 years of age, there are vaccines available on the calendar, which reduces the chances of contracting meningitis and meningococcal disease”, explains Fernanda.

Another point of attention is about teenagers. In most cases, individuals in this age group are asymptomatic carriers of the meningococcal bacteria, but can be transmitted to other people. “They end up not developing the disease, but transmit the bacteria to other people. So it is also necessary to look at these adolescents, so that they have their vaccination card up to date, which prevents the disease from developing and also transmission”.

Suelen Caroline, mother of João Marcos and CEO of the Brazilian Association to Combat Meningitis (ABM), highlights the importance of seeking information from health professionals, in order to favor prevention.

“We believe that by hearing about this disease, people can fight it with us. We need to seek information from pediatricians, learn more about vaccination and means of prevention. These are diseases that can be avoided, but for this to occur, vaccinations must be up to date. I didn’t know what the disease was, nor what it could cause. It is not necessary for people to have to go through what we went through”, says Suelen.

João Marcos carries the consequences of the fight against meningitis. He had a transtibial amputation of his left leg, in addition to half and sole of his right foot and eight phalanges of his little hands. “Today he (us) leads us to overcoming. He shows us that it is possible, yes, to live with these deficiencies. But we can avoid them”, continues Suelen.

Also according to her, living with João translates into experiencing emotions every day: “He has a lot of courage, he is a warrior. It is connected to 220v. He teaches a lot in my home, my family and my husband that life is for living. So, he is overcoming in person.”

Suelen says that it took a lot of determination to deal with the baby’s hospitalization days. “Anyone who is an ICU mother knows what I’m talking about. It’s not easy, it’s a daily war. John had a 1% chance of surviving. But he lived. His shortcomings are nothing compared to him being alive with us today,” she says.

João Marcos fulfills the entire routine of a child his age. He plays, rides a bike and has fun. “He has already been discharged, he no longer needs physical therapy, occupational therapy, he uses prosthesis, orthosis. What he needs is a neurological follow-up, as he’s lost a bit of his right frontal lobe. But these shortcomings that he has are no impediment at all.”

To learn about the work of the Brazilian Association to Combat Meningitis, just access the pages on Instagram: @combateameningite and @joaomarcosguerreiro.

The main symptoms of meningitis are headache, fever, vomiting, stiff neck. Younger children and babies may experience irritability. “Whenever a child or adult has any of these characteristic symptoms, they should immediately seek medical attention so that medical treatment can be started. Remembering that meningococcal disease has a very rapid evolution, and can lead to death within 24 hours”, explains the technical reference in Meningitis at SES-MG, Fernanda Barbosa.

The Secretariat actively monitors this condition, so that every case is notified and monitored. “In addition, we seek to have the material collected for examination sent to Fundação Ezequiel Dias (Funed) so that it can be analyzed and serogrouped. In this way, it is possible to evaluate the effectiveness of the vaccine and to know the agents that are circulating in the territory. This makes it easier to take more assertive measures”, says Fernanda.

The technique emphasizes that the immediate reminder is often about the risk of death caused by meningitis. “We also have sequelae situations, such as deafness and limb amputation”, she says.

Fernanda Barbosa emphasizes that in Minas Gerais the application of immunizations is guaranteed for adolescents who did not attend during the years 2020 and 2021 and later reached an age that would be outside the public range that would allow immunization. “The understanding is that these were atypical years. That’s why the decision aims to guarantee access,” she says.

Regularly, the public health network offers, free of charge, vaccine against the most serious forms of meningitis, such as meningococcal C and ACWY. “The first is for 3 months, 5 months and a booster at 12 months. The ACWY vaccine is aimed at the public of adolescents, from 11 to 12 years of age”, emphasizes the coordinator of the State Immunization Program, Josianne Dias Gusmão.

This year, the National Vaccination Calendar is also offering, until July, the meningococcal C (Conjugate) vaccine for children up to 10 years, 11 months and 29 days of age who do not have any dose of the immunizer recorded on the card.

Josianne also highlights that vaccination is of paramount importance. “We warn the municipalities about low coverage, since collective protection demands high and homogeneous vaccine coverage in the population to be vaccinated”, concludes the coordinator.

She's our PC girl, so anything is up to her. She is also responsible for the videos of Play Crazy Game, as well as giving a leg in the news.
Previous Doctor details health status of mayor Ari Vequi, hospitalized with dengue in Brusque
Next Bom Jesus family fights for the transfer of two-month-old baby to Florianópolis hospital