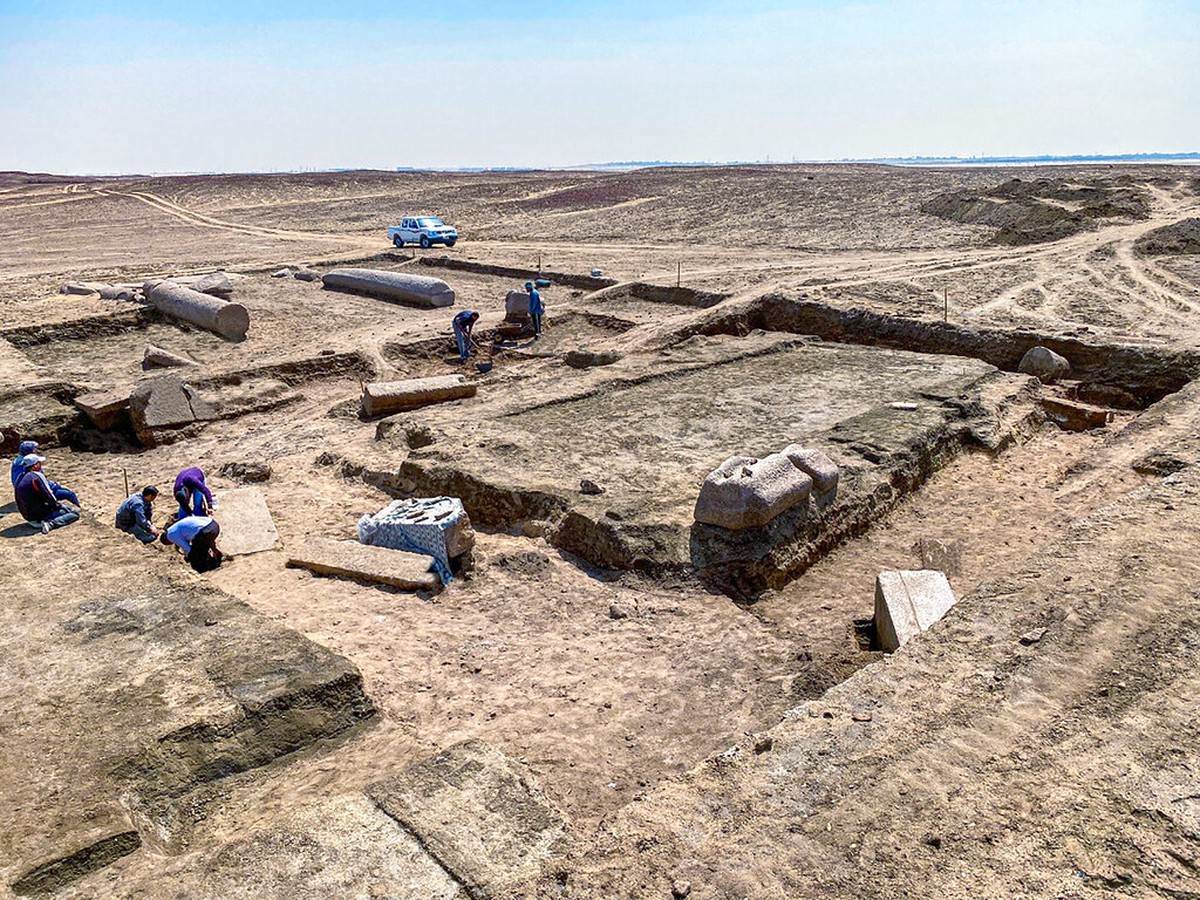 Egyptian archaeologists have found the ruins of a temple dedicated to the ancient Greek god Zeus in Egypt’s northeastern Sinai Peninsula, Egyptian officials said on Monday. In a statement, the Ministry of Tourism and Antiquities announced that the ruins were discovered at the archaeological site of Tell el-Farma.

Also known by its former name, Pelusium, the site dates from the late Pharaonic period and was also used during the Greco-Roman and Byzantine eras. At the site, there are still traces of the Christian period and the beginning of the Islamic period.

Mostafa Waziri, secretary general of Egypt’s Supreme Council of Antiquities, said archaeologists excavated the ruins of the temple through its entrance door, where two large collapsed granite columns were visible. According to the secretary, the door was destroyed by a strong earthquake in antiquity.

Waziri also claimed that the ruins were found between the Pelusium fort and an existing memorial church on the site. The granite blocks discovered by archaeologists were likely used to build a ladder for worshipers to reach the temple.

Archaeologists work on the temple of Zeus in Egypt — Photo: Egyptian Ministry of Tourism and Antiquity/Via AP

Excavations in the area date back to the early 1900s, when French Egyptologist Jean Cledat found ancient Greek inscriptions indicating the existence of the temple of Zeus-Kasios, which had not yet been unearthed, according to the Ministry.

Zeus-Kasios is a combination of Zeus, the god of the sky in ancient Greek mythology, and Mount Kasios in Syria, where Zeus was worshiped by the faithful.

According to Hisham Hussein, director of the Sinai archaeological sites, inscriptions found in the area show that the Roman Emperor Hadrian (AD 117-138) renovated the temple. He said that from now on, experts will study the unearthed blocks and carry out a photogrammetric study to help determine the temple’s architectural design.

See a 2021 video about new archaeological discoveries in the Egypt.

The temple ruins are the latest in a series of ancient discoveries that Egypt has promoted over the past two years in hopes of attracting more tourists.

Following popular uprisings over the Arab Spring in 2011, the tourism industry was hit hard after political instability toppled autocrat Hosni Mubarak, who ruled Egypt for three decades between 1981 and 2011.

In addition, as of 2020, the sector has been suffering from the coronavirus pandemic and, more recently, from the Russian invasion of Ukraine.