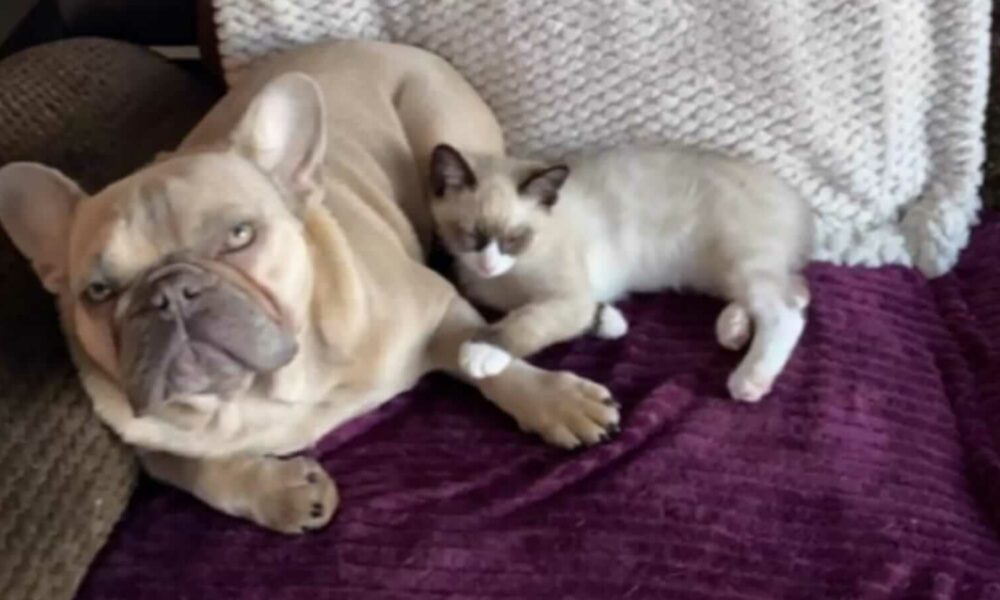 Those in the picture are Otis the dog and his little brother Blue the cat. Up there, they look like peaceful pets, settling down and napping on the couch. In full harmony. But don’t be fooled by this moment of rest. Otis and Blue’s relationship is actually a little more complicated.

Recently, the animals’ owner, Kristopher Alphonse, decided to install a camera inside his home to keep an eye on Otis and Blue while he was away. There, Kristopher realized that the dog and cat would hardly sleep peacefully all day. Once the guardian leaves the house, things get wild. See what Kristopher saw:

“That whole video is a compilation of one morning when we left our house for work,” the tutor told The Dodo. “Only 10 minutes after we left”!

Reviewing the video, it appears that the cat, Blue, is the one who starts the wrestling match, startling and throwing himself at her dog brother. Still, Otis doesn’t seem like the type to shy away from provocation, but maybe he really hates being woken up. It’s fair to say there’s never a dull moment while Otis and Blue’s tutors are away.

“These are our boys,” Kristopher said. “We loved how much they grew up together as Otis didn’t like cats at first, but with a lot of supervision and love, they quickly became brothers. It’s good to see none of them are lonely anymore,” he concluded.