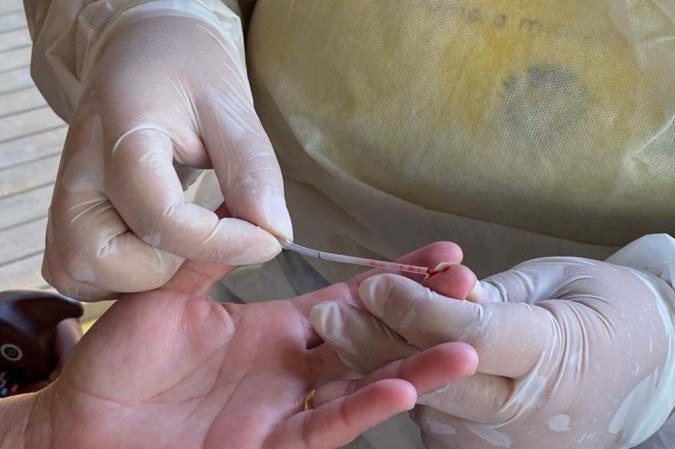 Childhood hepatitis of unknown cause already registered in 12 countries

The cases of acute hepatitis in children, detected in twelve countries, mainly in Europe, raise questions and also fear of a new epidemic. The origin of this severe liver inflammation, however, remains unknown.

A new survey released on Tuesday (26) by the European Center for Disease Prevention and Control estimated the total number of diagnoses with this characteristic in the world at 190. Affected children are between one month and 16 years old, but most are under 10 years old and many are under five years old. None had any other illnesses. There was a death.

“Investigations are continuing in countries where there are cases. So far, the current cause of hepatitis is unknown,” according to the European Center for Disease Prevention and Control (ECDC). At the moment, an infectious cause seems the most likely, but no common link to contaminated or toxic food that could be identified has been established.

Hepatitis is inflammation of the liver, as a reaction to a virus, to toxics (poisons, drugs, etc.) or to autoimmune or genetic diseases. Its evolution is usually benign and its main symptoms – fever, diarrhea, abdominal pain – resolve quickly or leave few sequelae. Sometimes, more rarely, they can cause kidney failure.

But “the increasing number of children affected by sudden hepatitis is unusual and worrying” told the British Science Media Center Zania Stamakati, from the research center on the liver and gastrointestinal tract at the University of Birmingham. Among the possible clues, the adenovirus was detected in at least 74 children, of which 18 were the so-called “type 41”.

Several countries, including Ireland and the Netherlands, reported an increasing circulation of these adenoviruses. However, its role in the development of the mysterious hepatitis is unclear. The possibility of a relationship with covid-19 is also among the hypotheses. Covid-19 was detected in 20 of the children. And another 19 showed a co-infection of covid and adenovirus.

However, “if this hepatitis is being caused by covid-19, it would be very surprising that they were not much more numerous given the strong circulation of Sars-CoV-2”, points out Graham Cooke, an infectious diseases specialist at Imperial College London, to the Science Media Center.

Although they all cause liver disease, there are different modes of transmission, severity, geographic distribution and preventive methods. Viruses B and C, says the WHO, cause chronic disease in millions of people and together are the leading cause of liver cirrhosis, liver cancer and deaths related to viral hepatitis. An estimated 354 million people worldwide are living with hepatitis B or C. Most do not access testing and treatment.

According to the UK Health Safety Agency (UKHSA), the most common symptoms of the disease are: dark urine; white or grayish stools; itchy skin; yellow eyes and skin (jaundice); muscle and joint pain; tiredness; loss of appetite; belly aches. The picture of European children is one of acute infection. Many have jaundice, which is sometimes preceded by gastrointestinal symptoms, especially in children up to 10 years of age.

How have countries responded to the cases?

Even without an identified cause, in a note, the director of Clinical and Emerging Infections at the UKHSA, Meera Chand. gave some guidance to parents and guardians. “Conventional hygiene measures, such as good handwashing and respiratory hygiene, help to reduce the spread of many of the infections we are investigating.” She also urged them to be on the lookout for signs of hepatitis and contact healthcare professionals.

According to the WHO, as there is an increasing trend in cases since last month in the UK, it is likely that more confirmations will occur before the etiology (cause) is identified. The organization encouraged countries to identify, investigate and report potential cases. Based on the information obtained so far, the organization has recommended not to restrict travel to countries with confirmed cases. But he highlighted that he is monitoring the scenario. (With international agencies).

She's our PC girl, so anything is up to her. She is also responsible for the videos of Play Crazy Game, as well as giving a leg in the news.
Previous How a boat ride turned to tragedy in northern Japan
Next Paul Krugman: Republicans’ Attack on Mickey is an Attack on Democracy