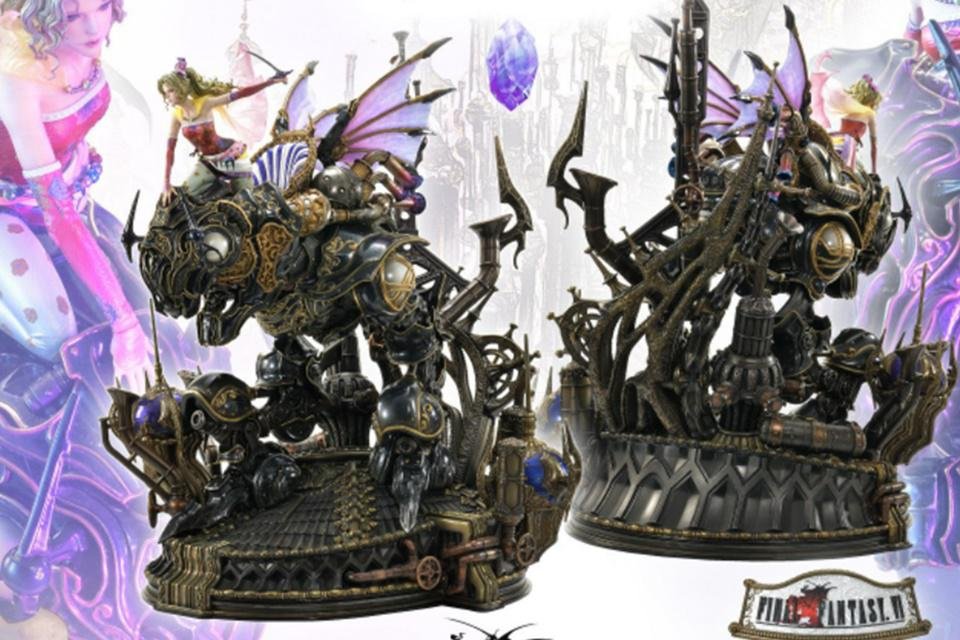 In a move that must have taken many fans by surprise, Square Enix announced the release of a commemorative statue of Final Fantasy VI bringing the protagonist Terra atop a Magitek armor.

The image you see in this news is shown in detail in a video released by Square Enix. She is very reminiscent of the protagonist we meet at the very beginning of the adventure on the outskirts of Narshe, and will be available in extremely limited quantities starting July 28 next year.

According to Square Enix, only 600 units of this statue were produced, 150 of which will be sold in Japan and the remaining 450 around the globe.. And, for the price they’re asking, it might not sell very quickly: in the land of the Rising Sun, the price of the collectible item is 1,485,000 yen tax included (in a direct conversion, about R$56,742).

No, you didn’t read it wrong: the price for getting your hands on one of these you could easily buy a car that goes beyond basic models and totally zero kilometer. Even series creator Hironobu Sakaguchi thinks this is a pretty high price for such an item.

Hironobu Sakaguchi: “Yeah, no. Even in comparison to the cost of creating dioramas for Fantasian. Isn’t this a bit much? Are you okay, Square-Enix?” https://t.co/1OSOvf63u9

“Oh no. [Está caro] Even compared to the price to create the dioramas for fantasizing [seu projeto mais recente para dispositivos móveis]. Don’t you think that’s a little too much? Are you ok with this Square Enix?” Sakaguchi wrote in a message translated by user Cheesemeister on Twitter.

And you, what did you think of the statue (and the price charged for it) commemorating Final Fantasy VI? Leave your message in the space below for comments.

Raju has an exquisite taste. For him, video games are more than entertainment and he likes to discuss forms and art.
Previous Bride Arrested in Florida for Mixing Marijuana in Her Wedding Party Food
Next Fiocruz begins to develop vaccine against malaria