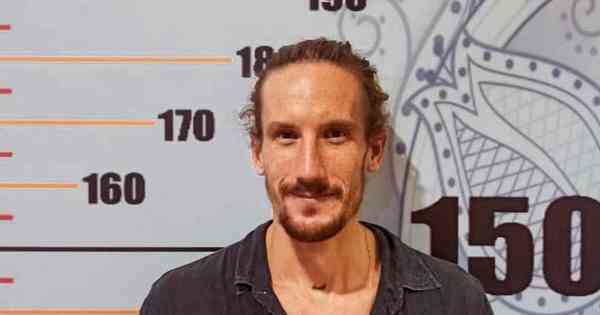 A Canadian actor and self-proclaimed wellness guru has been deported from the Indonesian island of Bali after a video of him went viral of him dancing naked on a sacred mountain.

Jeffrey Craigen posted a video of himself performing the haka, a ceremonial dance from New Zealand’s Maori culture, naked atop Mount Batur, a volcano that many Balinese consider sacred.

He was arrested and interrogated on Monday after numerous complaints from netizens who accused him of not respecting the island’s religious values.

Craigen is awaiting deportation, but officials say the airlines don’t want to take him because he hasn’t been vaccinated against Covid-19.

“The airlines did not agree (to transport him),” said AFP Tedy Riyandi, head of the immigration office in the city of Denpasar.

The actor will be placed on a list that will prevent him from entering Bali in the near future, officials said.

Craigen has been in Indonesia since late 2019 as a tourist and student of alternative treatments for osteoporosis, said the head of the Bali migration office, Jamaruli Manihuruk.

The Canadian claimed that he did not know that the mountain was a sacred site.

“To all foreigners visiting Bali, please behave in accordance with our law and cultural values,” said Manihuruk.