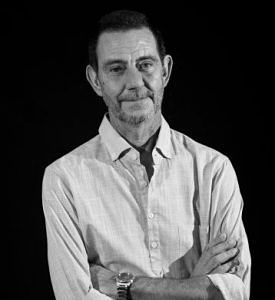 The death of orthopedist Dr. Marco Aurelius Rossini. He, who was an orthopedist and traumatologist and a reference in the medical field in Conselheiro Lafaiete and region, died this Tuesday (26/04). The doctor’s body was veiled until 11 pm yesterday and then transferred to the Candelária Crematorium in Juiz de Fora.

The Hospital e Maternidade São José, one of the main hospitals and health establishments in the city, issued a note regretting what happened. Read the full note:

“It is with extreme regret that São José Hospital e Maternity communicates the death of our great friend, the orthopedist Dr. Marco Aurelius Rossini.

Our Institution is mourning the early departure of our dear colleague, an example of professionalism who dedicated his life to caring for people, always committed to the well-being of each of his patients and their families.

Dr. Marco Aurélio Rossini was also an example for the other professionals who worked with him in our Institution and leaves as a legacy the love for medicine and the dedicated effort in each service performed by him and which made a difference in the lives of many people. The death of Dr. Marco Aurélio also generated great commotion with testimonies from his patients highlighting the importance of the doctor in some procedure or when he had a family member under the care of the orthopedist.

The doctor began his professional activities in the city in 1986, participating in the Conselheiro Lafaiete Medical Association, where he had great prominence in favor of local associations”.

“Reference in the medical specialty of orthopedics, Dr. Marco Aurélio worked in Conselheiro Lafaiete for more than 35 years, exercising his craft with mastery. According to the deputy, the name of Dr. Marco Aurélio will always be associated with health and patient care, with particular importance for the history of medicine in Lafaiete, which had the privilege of having him in its staff in such an active way”.

She's our PC girl, so anything is up to her. She is also responsible for the videos of Play Crazy Game, as well as giving a leg in the news.
Previous Russia reports southern blasts, Ukraine calls revenge for invasion
Next Day to Combat Hypertension: 5 habits to prevent the disease | Health