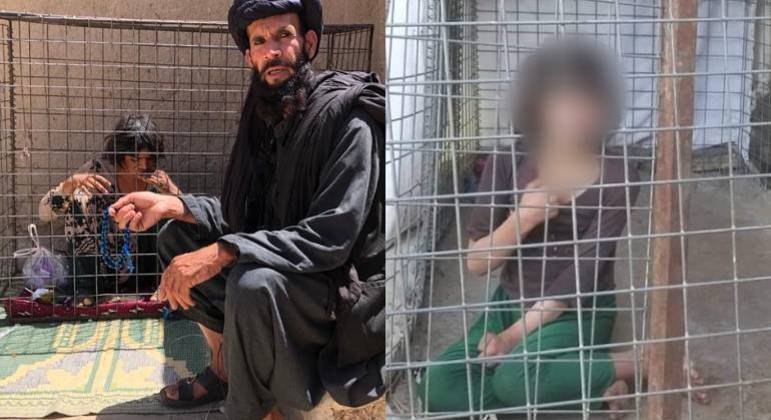 Two teenage girls were placed in cages in the city of Kandahar, Afghanistan, due to neurological disorders. The information was published by the Rukhshana Media portal, by Afghan journalist Zahra Joya.

Robina, 15, was diagnosed with the disorder when she was 6 months old. Her father says she stays in the cage during the day and comes out at night. According to him, his daughter breaks objects and harms people when she is free. The young woman cannot speak and move her right part of her body, but she can move.


“I would like my daughter to recover from this suffering”, said the mother in an interview with the Afghan portal. The family said they asked the Taliban, the radical group that returned to power in the country in August last year, and non-governmental organizations for help to get proper treatment.

In addition to Robina, 18-year-old Asiya, who suffers from the same neurological disorder, also lives inside a cage. Her father says he keeps her locked up when she becomes violent.

The teenagers were taken to hospitals for medical follow-up, but the treatments were not adequate. Asiya’s family has been told to seek new treatments in Pakistan or India, but cannot afford the cost.

A doctor interviewed by Rukhshana Media said the young women suffer from a type of schizophrenia that can be partially cured.


According to the publication, Zuhair Ahmad Zandani, head of the Enabled Children Initiative, an organization that helps people with disabilities in Afghanistan, said the institute is willing to pay for Asiya’s medical treatment abroad.