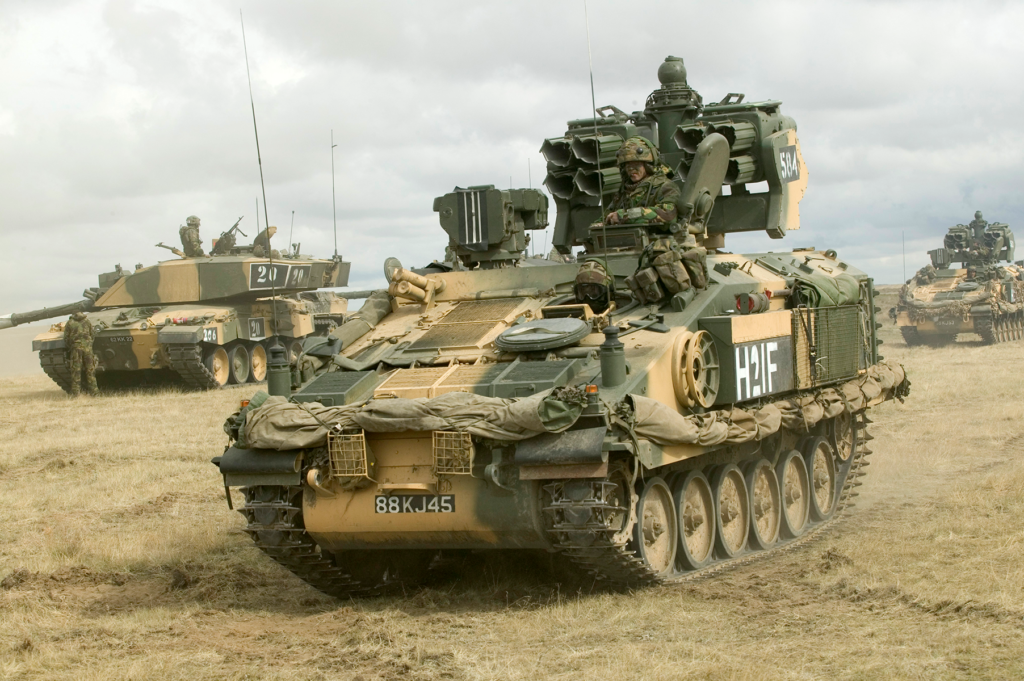 British Defense estimates that around 15,000 Russian soldiers were killed in the war; number is 11 times higher than reported by Russian media

UK Defense Secretary Ben Wallace announced the deployment of Stormer anti-aircraft missile tanks to Ukraine. The announcement was made on Monday (25.Apr.2022), during an intervention in the British Parliament.

“I announce to the Chamber that we will provide a small number of armored vehicles equipped with launchers for anti-aircraft missiles” said Wallace. “Stormer vehicles will endow Ukrainian forces with short-range day and night anti-aircraft capabilities”, he added.

According to the British official, Starstreak anti-aircraft missiles promised to Volodymyr Zelensky’s country were “shipped and used 3 weeks ago ” in the defense of Ukrainian territory.

So far, the UK has supplied 5,000 anti-tank missiles, 5 anti-aircraft missile systems with over 100 missiles, 4.5 tonnes of explosives and 120 armored vehicles to Ukraine, in addition to £100 million, the Defense Secretary said.

Wallace also stated that his country estimates that “around 15,000 Russian soldiers were killed during the offensive” in Ukraine.

The number of Russian soldiers reported by states and international media differs considerably from what circulates in the Russian media. According to a Mediazona survey cited by the Moscow Times, 1,744 Russian soldiers and 317 officers have been killed in Ukraine since the start of the war on February 24. On the list are 2 high-ranking generals and the deputy commander of the Black Sea Fleet.

Although much lower than that reported by Western outlets, Mediazona’s data surpasses the latest official Russian casualty figures released by the Ministry of Defense at the end of March. At the time, 1,351 were confirmed dead and 3,825 wounded in the war.