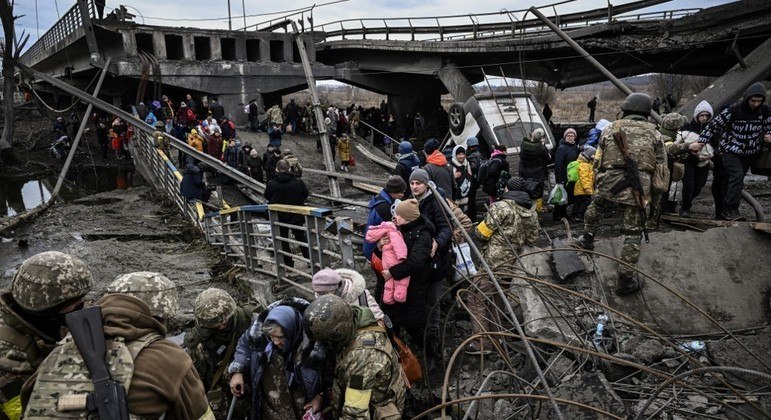 An adviser to the Ukrainian Interior Ministry said on Tuesday (26) that the Russian Armed Forces are bombing bridges and railways in Ukraine to reduce the supply of Western weapons.

A bridge that forms part of a cross-border route with Romania, over the Dniester River, was hit on Tuesday by Russian missiles, according to the director of the Ukrainian railway company, Oleksandre Kamychin.

“The enemy has caused major damage to the bridge’s infrastructure, and the restoration will take considerable time,” the Transport Ministry said on Telegram.

The bombing, on a route that on the Ukrainian side starts in the port city of Odessa, left no casualties, according to the authorities.


“Russia destroys Ukrainian transport infrastructure, such as bridges and railways, to decrease the supply of weapons by our allies,” tweeted Anton Gerashchenko, adviser to the Interior Ministry.

At least five people were killed on Monday in Russian bombing raids on railway facilities in the Vinnytsia region of west-central Ukraine, a major rail hub for both domestic and international connections.

Several train stations have been attacked since the beginning of the Russian invasion on February 24, such as the one in Kramatorsk, in early April, with more than 50 dead.