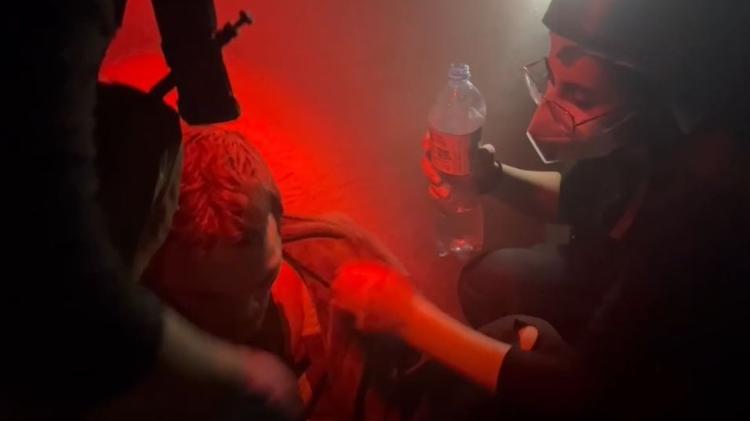 Ukraine accuses Russia of attacking a field hospital in the Azovstal complex in Mariupol, where civilians are sheltering and the military is resisting the Russian invasion. According to the Ukrainian government’s Center for Strategic Communications and Information Security, there are “dead and wounded”. The numbers, however, have not been released so far.

Among the dead, according to the Communications Center, were military personnel, some of whom were already wounded.

The Center’s information was obtained from the Azov Regiment, a group created in 2014 by far-right activists that was first used in the fighting against pro-Russian separatists in eastern Ukraine. Since then, the group has been incorporated into the Ukrainian National Guard, under the command of the Ministry of the Interior.

According to the regiment, “all night the Russians dropped heavy bombs capable of breaking through any concrete defence.” “Then, having already wreaked havoc, they continued to mercilessly bomb the ruins with naval artillery.” The information could not be verified with independent sources.

The Mariupol Chamber also shared the report of the Azov Regiment, which said that “due to the enemy attack, part of the building collapsed — in particular the operating room — which makes it impossible to help the defenders of Mariupol and civilians”.

The Azovstal complex has been the target of attacks even after Russia announced it on Monday (25). a ceasefire in place.

Azovstal is the last stronghold of the Ukrainian resistance in Mariupol, a port city that was practically destroyed after the Russian invasion. According to the prefecture, more than 1,000 civilians are hiding in the industry’s extensive network of underground tunnels, which also house military personnel and fighters from the Azov Regiment.

Mariupol is one of Donetsk’s most important cities and is crucial to Moscow’s goal of establishing a land connection between annexed Crimea and rebel territories in eastern Ukraine.