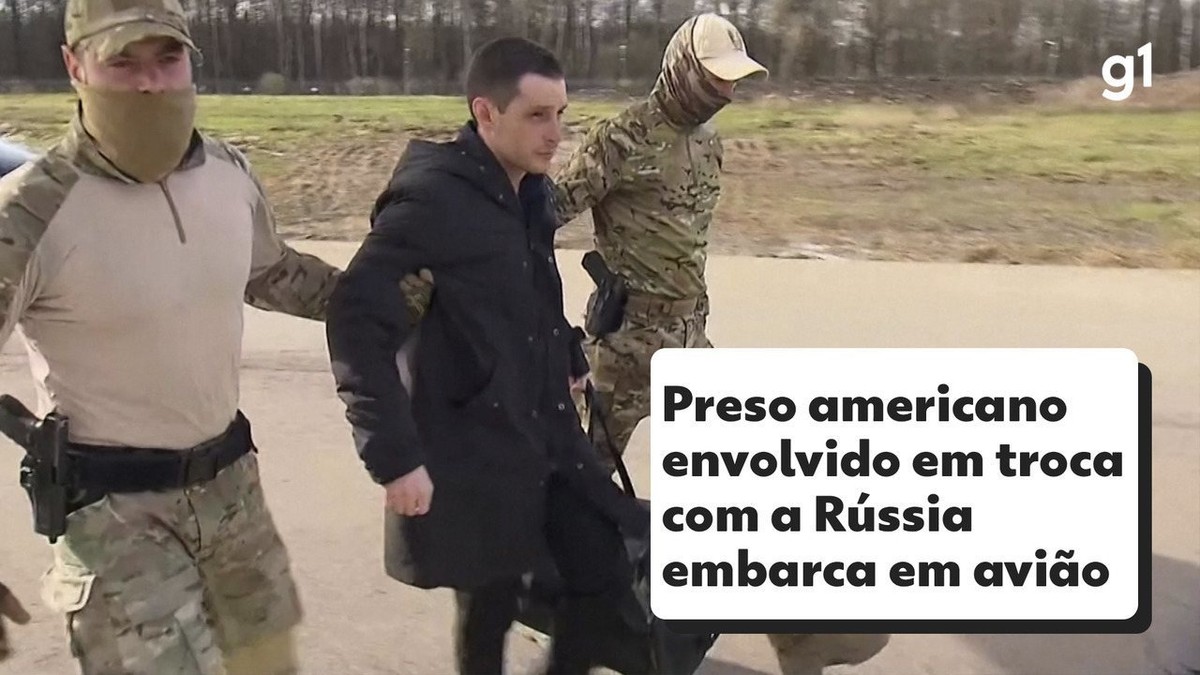 Ex-Marine Lands in US After Prisoner Exchange with Russia | World

Former US Marine Trevor Reed, who was detained in Russia and released in a prisoner exchange between the two countries, has landed in his homeland, Reed’s spokesman said on Thursday.

The place where the ex-marine landed was not identified.

Former US marine is received by local politician after arriving in the US – Photo: Reproduction

The negotiation was made public on Wednesday when the American student Trevor Reed was exchanged for Konstantin Yaroshenko, a Russian pilot detained in the US.

Shortly after, when the exchange was made official, the US insisted on making it clear that its talks with Russia were solely for the release of prisoners. The dialogue involved nothing about the war situation in Ukraine.

US Navy veteran Trevor Reed during a hearing in Russia (Photo: Maxim Shemetov/REUTERS)

A Russian court sentenced ex-Marine Trevor Reed to 9 years in prison in July 2020. At the time, Russia alleged that he had assaulted 2 police officers. Trevor, on the other hand, said prison was political.

At the time of the hearing, Trevor’s father, Joey Reed, argued that none of the evidence presented by the Russian investigators was reliable and that it was a “corrupt” process.

Recently, in March of this year, Trevor Reed announced a hunger strike because of the way he was being treated by the jailers. The case became known to have happened during Russia’s invasion of Ukrainian territory.

Yaroshenko was sentenced to 20 years in prison on charges of smuggling four tons of cocaine into the US. He was arrested in Liberia in 2010 and extradited to the US, where he was found guilty and sentenced in September 2011. Yaroshenko insisted on his innocence and said he had not carried any cargo since the breakup of the Soviet Union.

Russia criticized the US for not notifying its consular services about the arrest and extradition of the Russian citizen, calling it an “abduction” organized by the US government and a violation of international diplomatic laws.