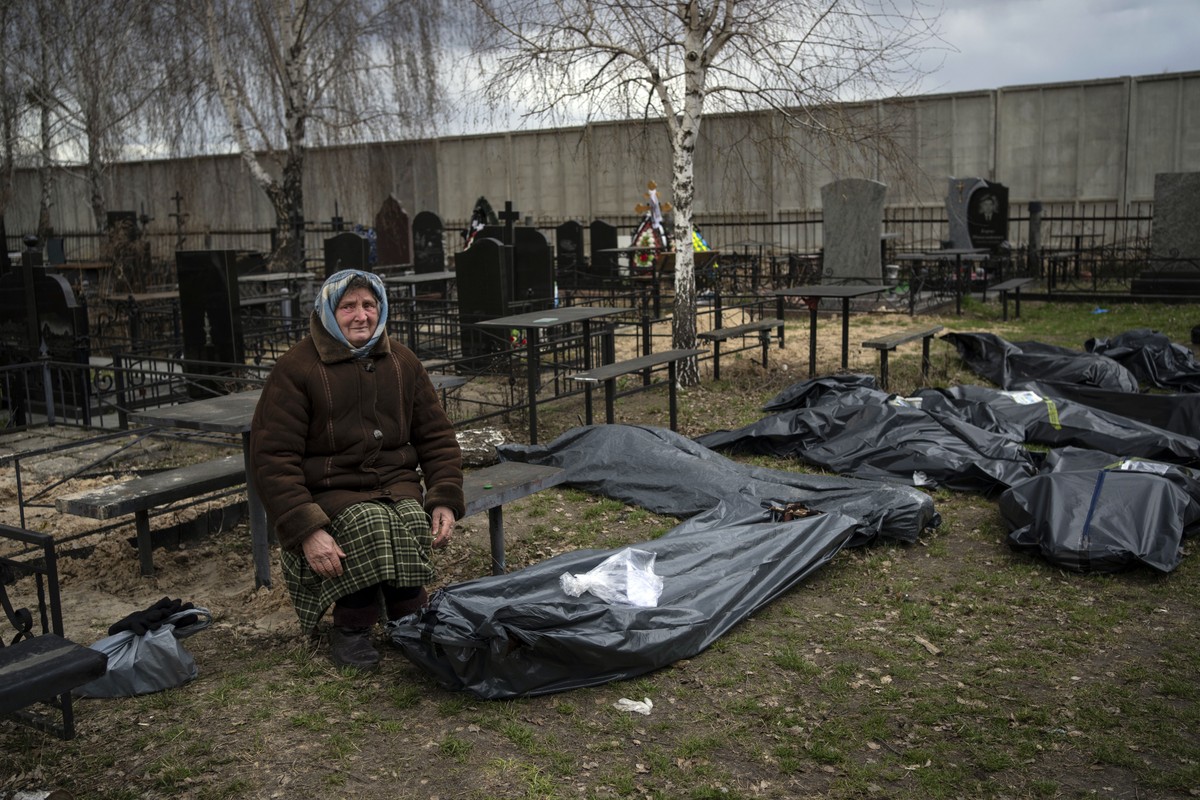 Police say they have recovered 1,150 bodies in Kiev region since war began | World

Abhishek Pratap 3 weeks ago News Comments Off on Police say they have recovered 1,150 bodies in Kiev region since war began | World 9 Views

In the photo, Nadiya Trubchaninova, 70, is seen sitting next to a black plastic bag with the body of her son, Vadym Trubchaninov, 48, who was killed by Russian soldiers in Bucha on March 30. — Photo: Rodrigo Abd/AP

The bodies of 1,150 civilians have been recovered in Ukraine’s Kiev region since Russia’s invasion, and 50% to 70% of them have small-arms gunshot wounds, Kiev police said on Thursday.

Kiev regional police chief Andriy Nebytov said in a video posted on Twitter that most of the bodies were found in the city of Bucha, where hundreds of dead bodies have been discovered since the withdrawal of Russian forces.

Civilian bodies are abandoned on the streets of the city of Bucha, Ukraine.

Russia has denied attacking civilians since the February 24 invasion of Ukraine. He called allegations that Russian forces executed civilians in Bucha while occupying the city a “monstrous forgery” designed to defame the Russian army.

“To date, we have found, examined and handed over 1,150 bodies of dead civilians to forensic institutions,” Nebytov said in the video, in which he stood in the rubble of buildings destroyed during intense fighting in the Kiev region.

“I want to emphasize that these are civilians, not military,” he declared.

The video was posted on the day that the Secretary-General of the United Nations, António Guterres, is due to hold talks in Kiev with Ukrainian President Volodymyr Zelensky.

Ukrainian television showed Guterres visiting the town of Borodyanka, where Zelensky said the situation was “significantly more dire” than in neighboring Bucha.