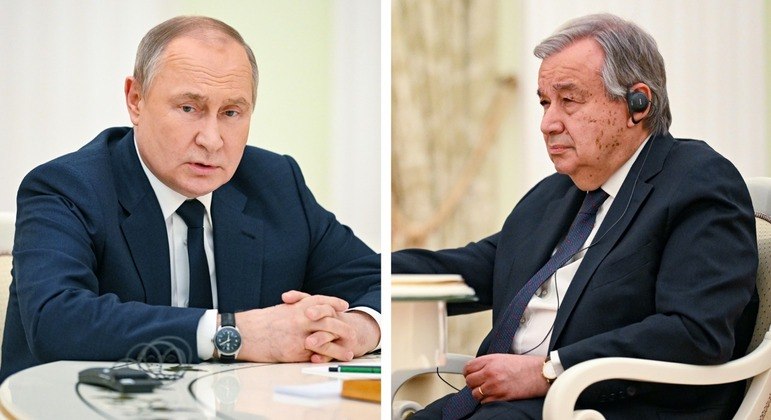 Russian President Vladimir Putin admitted this Tuesday (26), during a meeting with UN Secretary General António Guterres, that the situation in Ukrainian city of Mariupolbrutally besieged for weeks by the Russian army, is “tragic”.

“The situation there is difficult and perhaps even tragic,” Putin said during the Kremlin meeting.

The Russian president stressed that the Azovstal steelworks, the last bastion of the resistance, where around 1,000 civilians and an undetermined number of fighters are taking refuge, is “completely isolated”.

“I gave the order not to carry out any aggressive action,” Putin said. In addition, he pointed out that the Russian army asked the fighters in Azovstal to surrender and recalled that with the soldiers of Mariupol who had surrendered “nothing happened”.


“It is a crime to retain civilians as human shields, if any,” said Russia’s president.

Putin also rejected Guterres’ claim that the humanitarian corridors opened up by Russia do not work.

In this regard, Guterres was willing to mobilize the UN’s logistical and human resources to alleviate the suffering of civilians in Mariupol, located in the Donetsk region. The UN chief also called on Russia to resolve its problems with Ukraine exclusively within the UN framework, calling the Russian military campaign underway in Ukraine of “invasion”.