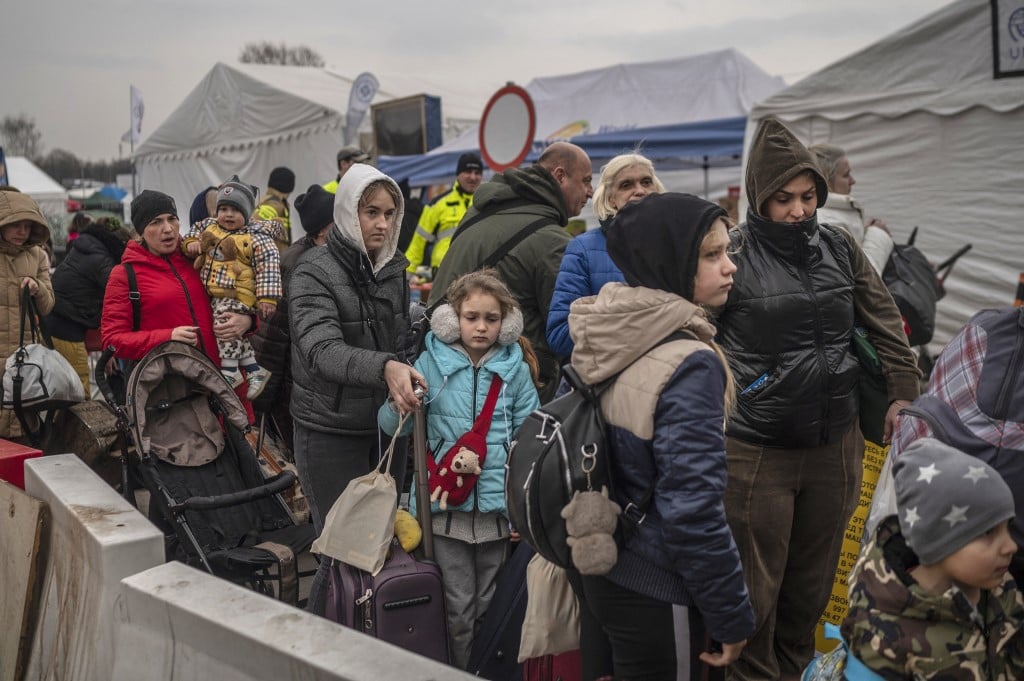 During the fighting or in exile, by combatants, the host family or aid workers, sexual violence is a ubiquitous threat to Ukrainian women, warns Colleen Roberts of the United Nations High Commissioner for Refugees (UNHCR) in Moldova. .

According to the UN, more than five million people have fled Ukraine since the start of the Russian invasion on February 24. And 90% are women and children, as Kiev authorities do not allow men between the ages of 18 and 60 to leave who could help in the confrontation.

What risks do Ukrainian refugees face?

There are a number of concerns, especially sexual violence and trafficking. Conflict and (population) displacement can increase existing risks for women and create new ones.

It is not just about the sexual violence that took place in Ukraine, but also that which happens on the way of refugees. Sexual violence can appear no matter where. The longer refugees are displaced, the greater the risk of sexual violence for those living in a host community, especially when resources begin to run out.

Awareness and help improves. However, the risk is always there. We have to consider that this situation will last and will create new forms of risk for the women’s daughters. Especially when we look at trafficking: we focus a lot on the border, but human trafficking can occur anywhere.

There is also the digital risk and it is complex, we need a specific technical capacity to be able to really face it. You can go to Facebook or Tinder, or other social networks, and find men who run ads proposing that Ukrainian women stay with them.

Generally, who are the perpetrators of these violence?

Can be anyone. The important thing is that whenever there are situations of conflict and militarization, which are profoundly differentiated by gender, women and children are in danger.

The execution (of these acts) refers to differences in power and the ability to use that power in harmful ways.

Even the people who offer help can be the perpetrators, a humanitarian worker, anyone… This is what we must understand: once there are vulnerable refugees, in particular women and children, this is likely to increase the risk of exploitation, of sexual exploitation or sexual abuse by all types of actors, including those who seem to want to help.

Who are the people most at risk?

Sexual violence affects the most vulnerable refugees, such as women, in particular women traveling alone, young women, adolescents, as well as people from specific groups such as Roma or women who have underlying mental health problems.

Very few cases have been identified (in Moldova). However, women and children expressed their concerns. We asked them what their main concerns were, what were the risks to their safety and they mentioned sexual violence and trafficking.

(Abused) people do not always seek help. We have to understand what the obstacles are. The more we can improve access to aid, the more we will measure the magnitude of this problem because I think it clearly exists.