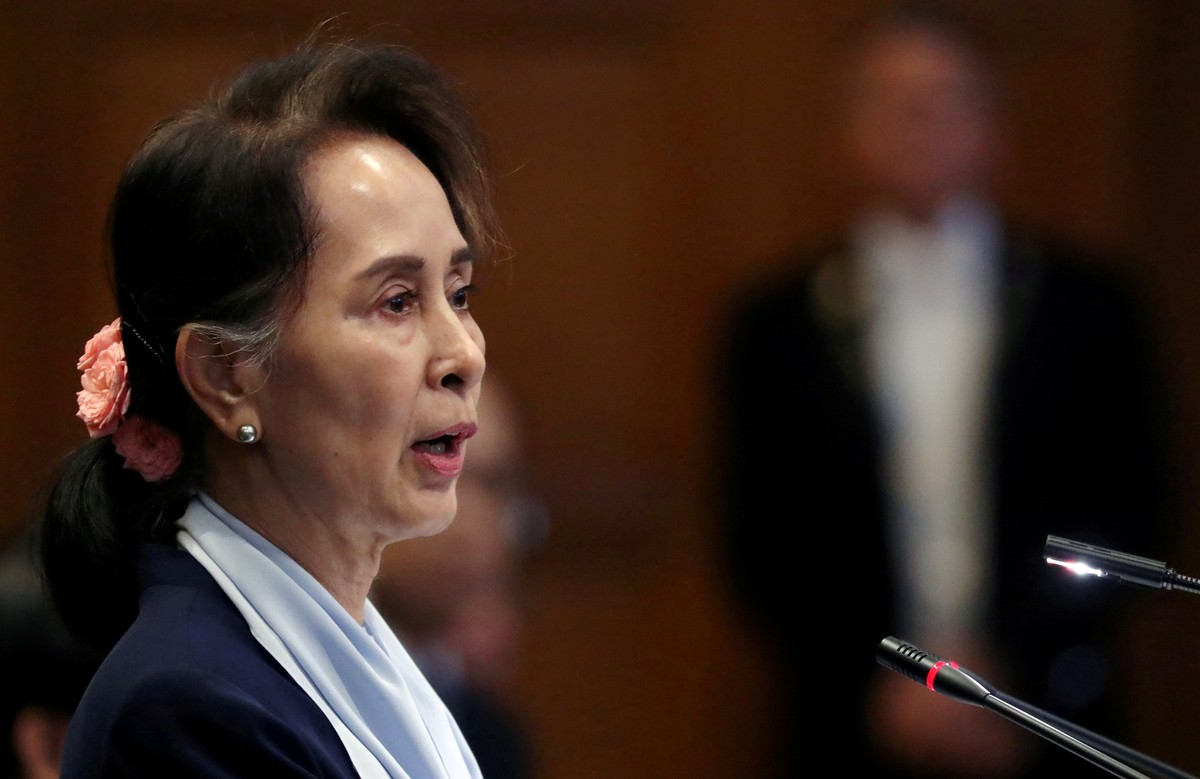 Suu Kyi sentenced to 5 years in prison in Myanmar | World

A military-ruled Myanmar court sentenced deposed leader Aung San Suu Kyi to five years in prison on Wednesday after finding her guilty in the first of 11 corruption cases she faces, a source with knowledge of the process.

The Nobel Prize winner and leader of Myanmar’s opposition to the military regime is charged with at least 18 crimes with a combined maximum prison sentence of nearly 190 years, almost eliminating any chance of a political return.

The judge handed down the sentence moments after the court was convened and offered no explanation, said the source, who declined to be identified because the trial is being held behind closed doors, with restricted information.

Myanmar citizens hold a photo of leader Aung San Suu Kyi during a protest against the country’s military coup, outside a UN building in Bangkok, Thailand, on Tuesday (2) – Photo: Reuters/Jorge Silva

Suu Kyi, who attended all of her hearings, was unhappy with the outcome and would appeal, the source said.

The European Union confirmed the sentence in a statement. The EU said the trial was politically motivated, a setback for democracy and “represents another step in the dismantling of the rule of law and yet another blatant violation of human rights in Myanmar”.

The 76-year-old led Myanmar for five years during a short stint of democracy before being forced out of power in a February 2021 coup by the military, which has ruled the former British colony for five of the past six decades. .

It was not immediately clear whether she would be transferred to a prison to serve her sentence.

VIDEO: Military takes power in Myanmar and leaders are arrested

Since her arrest, she has been detained at an undisclosed location, where junta chief Min Aung Hlaing previously said she could stay after convictions in December and January for comparatively minor crimes that led to a six-year sentence.

Military government spokesman Zaw Min Tun could not be reached for comment, and did not mention Suu Kyi’s decision on Wednesday during a televised news conference that lasted more than 3.5 hours.

Suu Kyi called the allegations “absurd” and denies all charges against her, which include violations of electoral laws and state secrets, incitement and corruption.