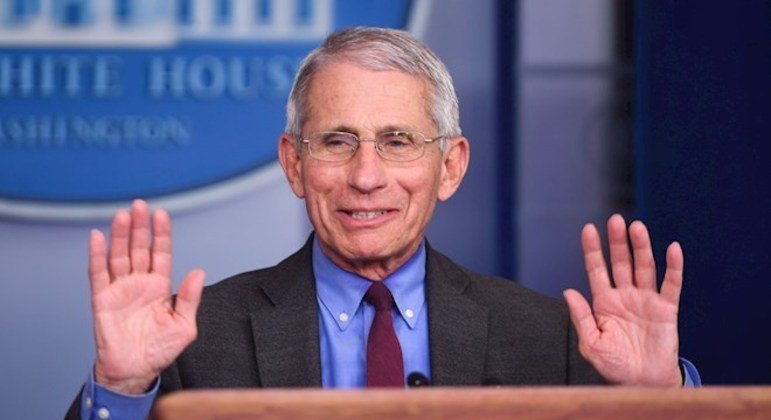 White House epidemiologist Anthony Fauci backtracked on Wednesday (27) on his comments that the The United States had emerged from the Covid-19 pandemic phase and declared that the country has simply entered a phase in which the disease is more “controlled”.

“We certainly can’t say that the pandemic is over. It’s not over,” Fauci said in an interview with CBS.

The expert thus removed what he had said a few hours earlier in an interview with PBS News, in which he said that the US was already “out of the pandemic phase” because there are no longer “tens of thousands of hospitalizations and thousands of deaths”.

Fauci clarified that, although the pandemic continues, it is no longer as “acute” as before and is now in a “slowed down” and much more “controlled” phase.


In her daily press conference, White House spokeswoman Jen Psaki also denied that the pandemic is over and emphasized that what Fauci meant is that it is now in a “different” phase, with a “relatively low” number. ” of infections.

In his original interview with PBS, Fauci had stated that globally “there is no doubt that the pandemic continues”, as, as he explained, contagions still occur very quickly and widely in different parts of the world.

According to data from the Centers for Disease Control and Prevention (CDC), new daily cases of Covid-19 in the US did not exceed 60,000 in April, after the peak caused by the Ômicron variant last January, when millions of new infections a day were recorded.

Likewise, the number of deaths from the disease shows a downward trend, with less than 500 per day, and even with figures below 100 on some days.


During the interview with PBS, Fauci was also asked about the effectiveness of a treatment that the US government has adopted in the treatment of Covid-19, the Paxlovid antiviral pills from Pfizer.

The epidemiologist stressed that “it is a highly effective therapy” and that in clinical trials it was shown that 90% of volunteers who were given this treatment were protected from a worsening of the disease and end up hospitalized.

Finally, Fauci commented that the government has many doses available and that there are places where a person can be tested for Covid and, if the result is positive, receive Paxlovid immediately, as was done by US Vice President Kamala Harris, who confirmed last Tuesday (26) that she was infected.