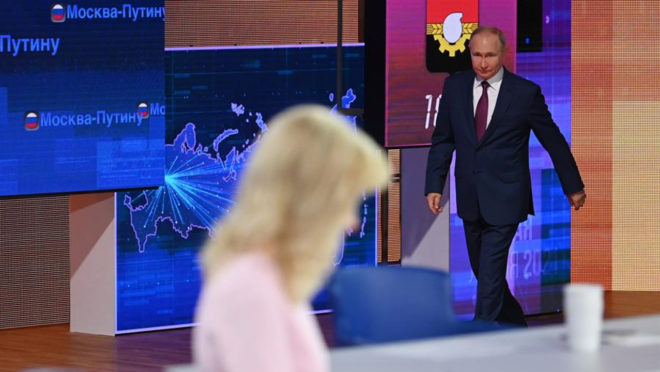 “we will all die one day”

Russian state TV presenters defended a nuclear war as a way out of the conflict in Eastern Europe, during a program that aired on Tuesday night (26). The possibility of resorting to nuclear warheads to prevent the intervention of other countries in Russia’s war against Ukraine was raised by presenter Vladimir Solovyov, in a program on the network that bears his name. “We are all going to die one day,” Margarita Simonyan, journalist and head of RT, told viewers, according to a report in Newsweek magazine.

Russian official media have used caustic rhetoric to justify war as “inevitable”. “Personally, I think the most realistic path is the World War III path, based on knowing us and our leader, Vladimir Vladimirovich Putin,” Simonyan said, noting that “there is no chance” for Russia to give up the conflict.

She continued her speech, betting that “Everything will end with a nuclear attack, it is more likely than the other outcome. This is to my horror on the one hand, but on the other hand, with the understanding that it is what it is.” . To this prediction, presenter Vladimir Solovyov added: “But we will go to heaven, while they will simply die.”