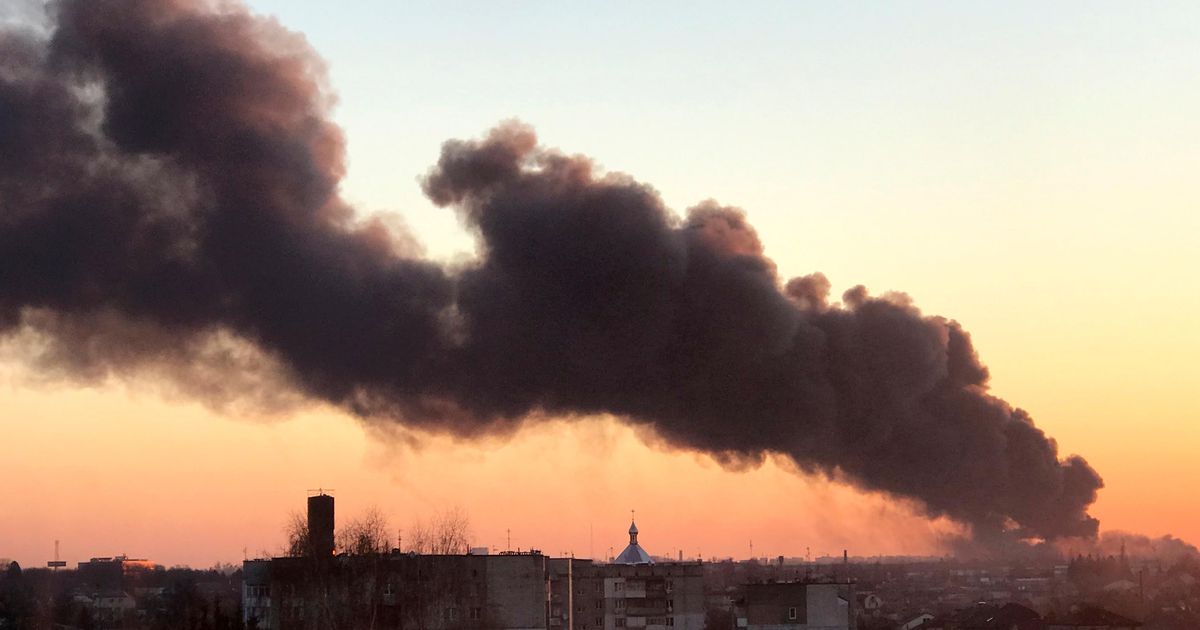 What is the risk of a 3rd World War with an escalation of conflict in Ukraine?

Abhishek Pratap 3 weeks ago News Comments Off on What is the risk of a 3rd World War with an escalation of conflict in Ukraine? 23 Views

More of two months after Russia invade the Ukraine on the 24th of February, Russian officials warn of risks of a global reach of the conflict after the West expands arms shipments to Ukrainians. . The effects are already being felt in the world economy and geopolitics is already changedbut the involvement of other powers, the risk of nuclear war and a possible annexation of Ukrainian territories to Russia are hypotheses that are still in play.

The war has already left thousands of civilians and soldiers dead, in addition to a flow of refugees that now exceeds 5 million, the largest in history. Sanctions imposed on individuals and the Russian economy already affect food and fuel supplies worldwide and some countries face increased political instability. But the biggest change so far is in world security.

West prepares for long war and beyond Ukraine’s borders

“We are dealing with a war between states in Europe,” says European diplomacy researcher at the Center for European Policy Research (CEPS) Zach Paikin. “We already had others, like Azerbaijan and Armenia in 2020, but they were two small states. Here we are talking about a war between states that involves the largest state in Europe, with nuclear capabilities, this is very dangerous. It poses significant risks to the security of the region, not just in terms of refugees or involving outside powers, but in terms of the ability of this conflict to escalate.”

Not since the end of World War II has the world seen such an extensive conflict involving a world power. Other countries have not sent soldiers directly into this conflict, but have their forces on alert in Eastern Europe and have already sent billions in weapons and other military aid to Ukraine.

Conflict can also escalate indirectly. Also in February, Putin threatened “serious consequences” if Finland and Sweden join NATO. Although Stockholm and Helsinki are currently ruling out the possibility of an urgent application to join the Atlantic Alliance, never before have the two countries been so close to taking this step, say analysts. “The fear of countries violating norms against invading other countries appears to be creating a long-term change in behavior,” explains political scientist Carla Martinez Machain of Kansas State University, who researches foreign policy with a focus on military policy. and international conflict. “The fact that Sweden and Finland are looking to join NATO in the future is an indicator that they may also be concerned about the potential for future Russian incursions into their territories.”

It is precisely on the shipment of armaments that Russia focuses on when it threatens to raise the conflict to world levels. Last Monday, the 25th, the Russian Foreign Minister, Sergei Lavrovstated that both the possibility of a new conflict on a global scale as well as a nuclear war should not be underestimated..

“Fears that Russia might interpret military aid as direct involvement in the conflict are well-founded and still persist,” says Cesar Jaramillo, executive director of the Canadian institute Project Plowshares, which works on war prevention and armed violence.

“President Putin has already hardened his speech around providing military aid to Ukraine and can still draw a red line around this practice and point it out to justify retaliatory measures, which in turn could escalate the conflict.”

Last Wednesday, the 27th, the Russian president Vladimir Putin promised that Russia will respond with a “lightning” attack to any strategic interference in the Ukraine war. “We have all the weapons necessary for that. Weapons no one can brag about now. And let’s not brag. But we will use them if necessary. And I want everyone to know that,” she declared.

“What is at stake is a confrontation between two countries, the US and Russia, which together possess 90% of the world’s nuclear weapons,” William Wohlforth, a professor of international politics at Dartmouth, said in an interview with Vox on March 5. “Even if Russia looks insignificant economically, a fierce dispute between these two countries that continues to intensify would create the risk of serious escalation and that would pose a threat to people everywhere.”

But for the teacher, even with the risk of escalation, we’re still not close to a third world war. “I think we were much closer during the Cold War. I still think a nuclear escalation in this particular crisis is unlikely, despite Putin’s decision to raise the alert level of his nuclear forces.”

“I think he just wants to remind people that his country is a nuclear power and, for all practical purposes, basically equals the US in terms of the number of weapons. But we must be very careful when it comes to crossing certain red lines.”

When the war broke out in February, analysts and officials believed in a quick Russian takeover of Kiev. Thanks to strong Ukrainian resistance, the prediction did not come to pass. Consecutive Russian setbacks in the north have led the country to rethink its strategy and focus its thrusts on the south and east.

“The invasion is more serious than many expected. One potential scenario was for Russian troops to stop in the breakaway regions of donetsk and luhanskbut that didn’t happen”, says Martinez.

Now, the west prepares for a long war and fears it will go beyond Ukraine’s borders, spreading to neighboring states, cyberspace and NATO countries that suddenly face a Russian gas cut. Explosions have already rocked a disputed area of ​​Moldova, a natural next target for the Russians, and gas depots and even a missile factory in Russia mysteriously caught fire or were attacked directly by Ukrainian forces.

According to a report by the UK’s Royal United Services Institute, when the war began, the Kremlin believed that Ukraine’s armed forces would be quickly destroyed and Moscow would have enough control of the country to announce victory on Russia’s Victory Day holiday. on May 9.

However, more moderate advances are now being made in the east. “Russia is now preparing, diplomatically, militarily and economically, for a protracted conflict,” the report said.

The West itself has taken advantage of this possibility of the war dragging on, aiming to weaken Russia over time. “We want to see Russia weakened to the point where it can’t do the sort of thing it did in invading Ukraine,” said US Defense Secretary Lloyd Austin III.

In the end, the risk of the conflict continuing to escalate seems to depend on how willing Putin is to respond to defeats in Ukraine. “For Russia, this is a war that needs to be won,” says Paikin. “Russia needs to win. Failure to do so, to convince Ukraine to adopt a neutral stance, would be a disaster for Moscow and a particular disaster for Putin. In recent years, it has become increasingly visible that the survival of the Russian state is linked to the survival of Putin. His future presidency and the security of the Russian state are at stake.”

In the long run, Martinez Machain believes, the fact that Russia has violated an international norm against aggression and international norms of territorial integrity may make it more likely that these norms will be violated again in the future, especially if Russia succeeds in achieve part of your goals.

“We’re talking about the shadow of an extremely dangerous and unpredictable great power war hanging over the world unless some agreement is reached that doesn’t leave the two sides completely and utterly alienated and holding swords over each other’s heads,” he agrees. William Wohlforth./With NYT