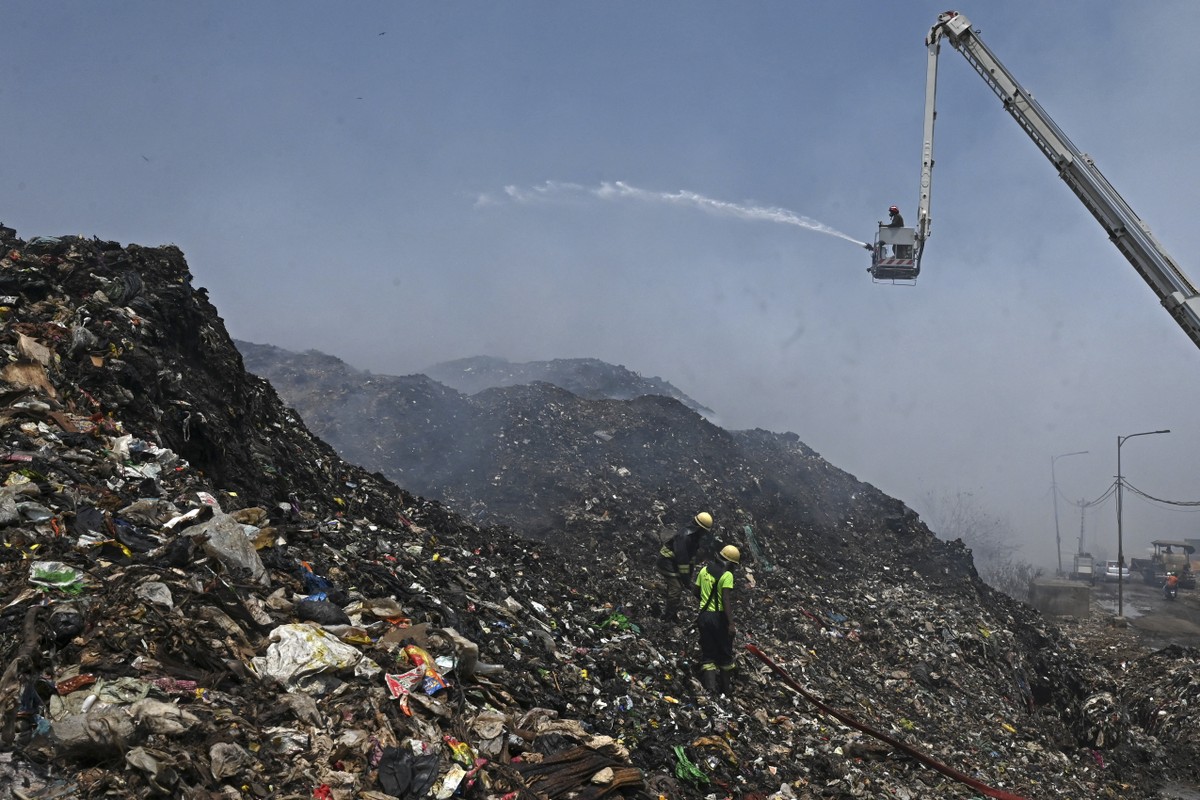 ‘I drink more than 5 liters of water a day’: how Indians have weathered their biggest heat wave in over half a century | World

Abhishek Pratap 2 weeks ago News Comments Off on ‘I drink more than 5 liters of water a day’: how Indians have weathered their biggest heat wave in over half a century | World 12 Views

An unprecedented heat wave hits India and Pakistan, causing electricity cuts and water shortages for millions of people. In some regions the thermometers approach 50 °C.

The region has been experiencing rising temperatures for weeks. In March, thermometers in New Delhi registered 40.1°C, a level not seen at this time of year since 1946. On Thursday (28), the Indian capital faced 46 degreesmaking life increasingly difficult for residents, especially for those who have to work outdoors.

“I drink more than 5 liters of water a day. It’s the only thing I can do”, says Mohammed, a 50-year-old worker who carried huge pieces of metal on his shoulders under a scorching sun in the middle of the day. “I have to work for a living”, he summarizes, remembering that he lives at the construction site itself. “I sleep here. At least we have a fan,” he tries to console himself.

Mohammed works in one of the most sophisticated neighborhoods in the capital, which is witnessing an acceleration in the construction sector. But the works have already begun to suffer the impact of high temperatures.

An excavator tries to contain the fire created naturally by heat in the Indian capital of New Delhi (Photo: Adnan Abidi/REUTERS)

“In the last few days, some workers left because they suffered a lot from the heat”, says the foreman Mohammad Yasin. “Those who stayed have to stop many times a day to rest, which delays construction,” he says.

The heat wave takes place in the middle of Ramadan, the traditional Muslim fast, which ends this weekend. Those who respect the practice go without food from sunrise to sunset, which makes working conditions even more difficult. Islam is followed by over 200 million people in India.

In the north of the capital, a garbage dump caught fire on Thursday and, according to local authorities, the fire was caused by high temperatures. Firefighters took hours to control the flames, which made the air quality in the metropolis even more unbreathable.

Three other fires broke out in less than a month at the capital’s biggest dump, Ghazipur, a 65-metre-high mountain of waste. The city of more than 20 million inhabitants lacks modern infrastructure to treat the 12,000 tons of waste it produces daily.

A man breaks an ice cube to distribute among residents of Ahmedabad, India – Photo: Amit Dave/REUTERS

Heat waves killed more than 6,500 people in India since 2010. Scientists say that due to climate change they are becoming more frequent, but also more severe. “Heat like the one that hit India earlier this month was only seen once every 50 years,” says Mariam Zachariah of the Grantham Institute at Imperial College London.

In Pakistan, temperatures are also 8 degrees above normal in some regions, reaching 48 degrees in certain areas, according to the Pakistan Meteorological Society.

The heat and the lack of rain directly affect farmers, who will have to manage the water supply in this country where agriculture, the basis of the economy, employs around 40% of the total workforce. “The country’s public health and agriculture will face serious threats from this year’s extreme temperatures,” summarizes Sherry Rehman, Minister of Climate Change.

Pakistanis try to cool off in a lake during a hot day — Photo: Akhtar Soomro/REUTERS

High temperatures also cause an explosion in electricity consumption. Several cities in Pakistan have already suffered power outages lasting up to eight hours. Power plants are also starting to run out of coal to power their activities. According to Pakistani Energy Minister Khurram Dastgir Khan, the electricity crisis is already affecting the entire country.

In Rajasthan, in northwest India, and the neighboring state of Gujarat, but also in Andhra Pradesh, further south, power cuts have been imposed at factories to reduce consumption. According to local media, major power plants are also facing coal shortages.