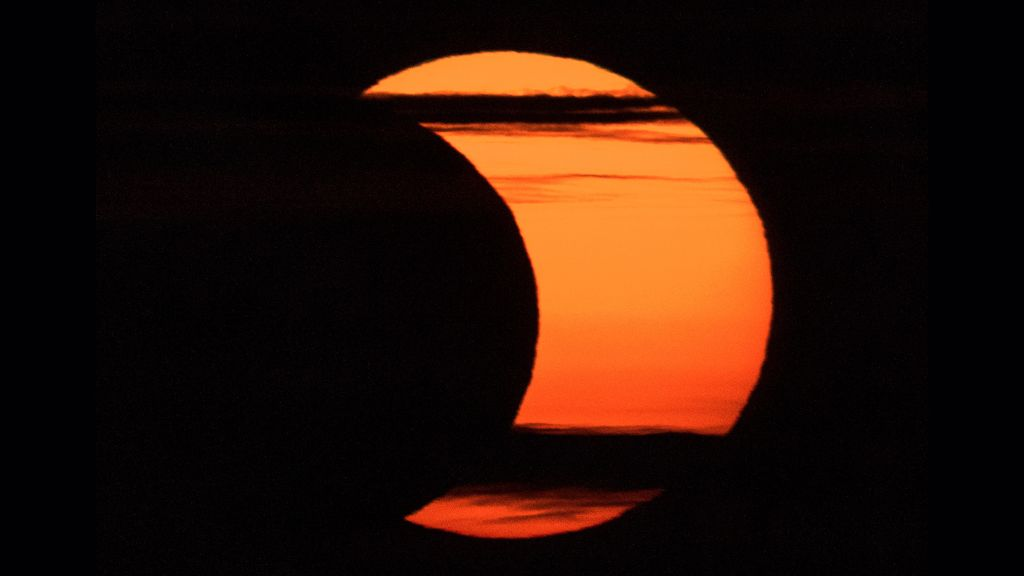 There’s a solar eclipse this Saturday (30)! Learn how to watch online

Raju Singh 3 weeks ago Technology Comments Off on There’s a solar eclipse this Saturday (30)! Learn how to watch online 12 Views

A partial solar eclipse will take place this Saturday (30). During the phenomenon, the Moon will pass “in front” of the Sun, in our point of view here from Earth, blocking part of the disk of our star. Unfortunately, the phenomenon will not be visible from any region of Brazil. But the good news is that there will be different streams online that will allow you to follow him from anywhere in the world.

For a solar eclipse to happen, the Moon must pass between the Sun and Earth, casting its shadow on our planet. During a partial eclipse the Sun and Moon are not fully aligned, so our satellite does not completely cover the star; the result of this is that the Sun takes on the shape of a crescent, as if it had received a “bite”.

In tomorrow’s partial eclipse, up to 64% of the solar disk will be hidden, but this number depends on the location of the observer. The Moon’s shadow will only be visible to observers who are far south of our continent, as in Argentina and Chile, in some places in Antarctica and in the Pacific and Atlantic oceans.

From our perspective here in Brazil, the Moon will be “on the side” of the Sun mainly during the afternoon. So, although it is not possible to observe the partial eclipse from here, it can be an opportunity to photograph the stars together in the sky. Always taking care not to look directly at our star, not even through a camera lens, to avoid damage to vision.

How to watch the solar eclipse online

The partial solar eclipse will only be visible in some regions of the world. Brazil is not included in them, but the good news is that there are different online broadcasts so you don’t miss the phenomenon.

Below are some streaming options:

The TimeandDate website will broadcast the partial solar eclipse live, working with partners from the Pontificia Universidad Católica in Chile and a group of astronomers from Argentina led by the Instituto Latinoamericano de Astroturismo.

Authored by an Indian streamer, the channel Gyaan ki gareebi often broadcasts space launches, images of the full moon and more. Of course, the solar eclipse could not be left out, and the channel will broadcast the phenomenon from beginning to end from 14:45, Brasília time.

Source: Via: Time and Date, LiveScience

Raju has an exquisite taste. For him, video games are more than entertainment and he likes to discuss forms and art.
Previous UK Conservative Party Suspends MP Who Saw Pornography Inside Parliament | World
Next China defends ‘new model’ with Russia, based on ‘non-alliance’ and ‘non-confrontation’