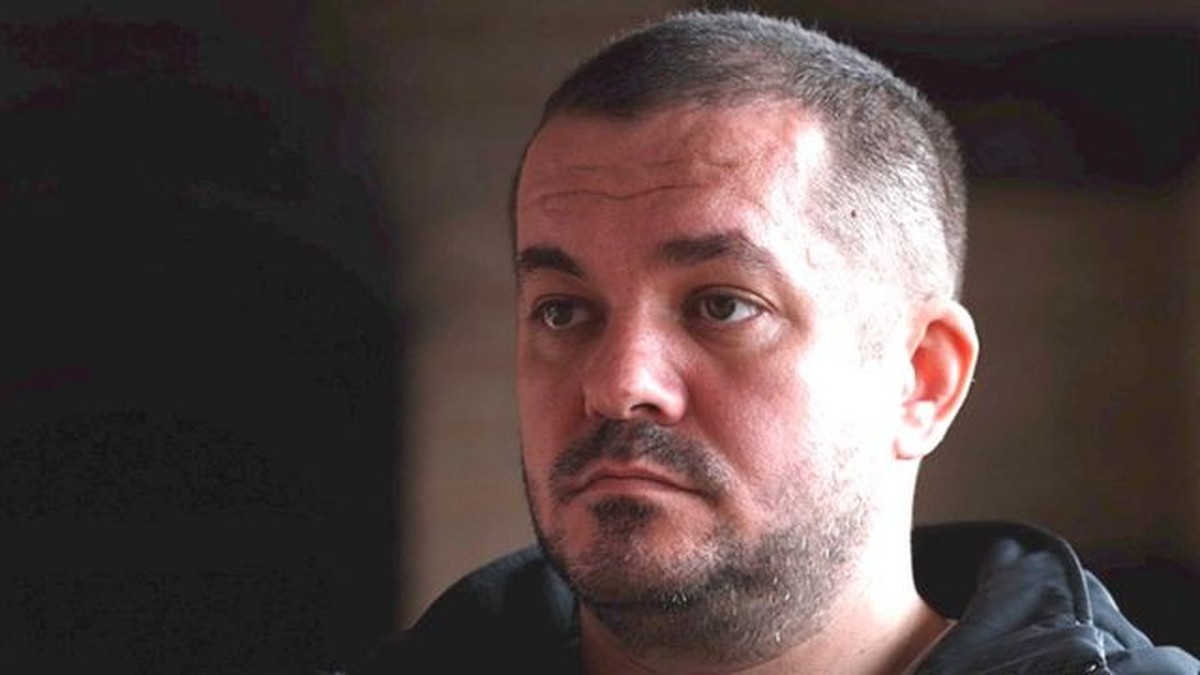 Three weeks have passed since the release of Ukrainian Volodymyr Khropun and he is visibly shaken by the trauma he has suffered. A Red Cross volunteer, he was captured by Russian forces and deported to Russia.

On March 18, Volodymyr was driving a school bus to the village of Kozarovychi, about 40 km northwest of Kiev, to evacuate some civilians trapped there amid the fighting. When he tried to convince Russian soldiers to let him through the checkpoint, he was arrested.

In the early days, he was kept in the basement of a factory in a nearby village, along with other civilians — 40 people in a 28 m² room.

“We were beaten with shotguns, punched and kicked. They blindfolded me and tied my hands with duct tape. They used electroshock weapons and kept asking for information about the military,” says Volodymyr.

“One of the soldiers was very young, almost a child. He used electroshock weapons on people’s necks, faces, knees. It was like he was having fun..”

After nearly a week in detention in Ukraine, the detainees were transported to Belarus.

“They thought we couldn’t see, but I saw the villages we were passing through, Ivankiv, Chernobyl and then I saw that we crossed the border,” he says.

In Belarus, detainees were given an identity document, issued by the Russian Federation’s military, which described Volodymyr’s birthplace as the “Soviet Socialist Republic of Ukraine”. That was Ukraine’s official name before the breakup of the Soviet Union in 1991, therefore, before it became an independent country — a clear sign of Russia’s ambitions in the region.

From Belarus, says Volodymyr, the group was taken to a prison in Russia.

“The torture continued. They humiliated us, made us kneel and forced us into uncomfortable positions. If we looked into their eyes, we were beaten. If we did something slowly, we were beaten. They treated us like animals,” he says.

One night, Volodymyr counted 72 detainees in addition to him. But he could hear there was more.

“We tried to support each other. Some days we couldn’t believe this was all happening. It felt like we had been transported from the 21st century to the 16th century”, he says.

After two weeks in detention, on April 7, Volodymyr left prison. He and three Ukrainian civilians from another detention center were airlifted to Crimea, annexed by Russia from Ukraine in 2014.

The women told Volodymyr that they too had been beaten. The group didn’t understand where they were being transferred to, but they often heard soldiers use the word “exchange.”

From Crimea, they were taken by road to a point 32 km outside Zaporizhzhia, and allowed to cross a bridge into Ukrainian-controlled territory. The exchange of military prisoners of war on both sides took place before Ukrainian civilians could pass through. It was April 9th. The trip took two days.

Volodymyr struggles to describe how he felt, but he wants the world to hear his story.

“The fact that Ukrainian civilians are being held there [na Rússia] It’s 100% true.”

In prison, Volodymyr heard that people from the Chernobyl nuclear power plant were being held in an adjoining room.

It is unclear who exactly the men in the prison were, but 169 Ukrainian national guards responsible for protecting Chernobyl are missing. They were first detained in the basement of the nuclear power plant and remained there for weeks when the plant was occupied by Russian troops.

Room where the Ukrainian National Guard was held in Chernobyl — Photo: BBC

Valeriy Semonov, one of the engineers at Chernobyl, says that when Russian forces withdrew in late March, they took the guards with them.

In a nearby village lives the family of one of the missing men. Their identities will not be revealed to protect them.

On duty in Chernobyl, the soldier called his wife on the first day of the invasion, when the nuclear power plant was taken over, to ask her to leave the village where the family lives.

With her parents and the couple’s young son, she moved to the city of Lviv, in western Ukraine, the main escape route for Ukrainians to the West.

From February 24 to March 9, the woman was able to reach her husband on the cell phone.

“He didn’t give many details on the phone. He just said ‘we’re fine’. He told me not to worry,” he says. “Then there was a power cut and I couldn’t get in touch with him anymore.”

She says she still managed to reach her husband a few more times on a landline on the premises.

The Chernobyl plant was taken over by the Russians after the invasion of Ukraine (Photo: BBC)

“The last time I spoke to my husband was on March 31, the day they were forcibly removed from Chernobyl. He told me, ‘I’m fine physically, but emotionally it’s very difficult.’ I could tell from his voice that he was very worried.”

Your son asks about his father all the time, he says.

“I tell him his dad is at work, but he’s too scared. He’s worried I’ll disappear too and follows me everywhere, to work, to the stores,” he says. “It’s very difficult for us. I just want Russia to release my husband.”

Mother and son of a National Guard member evacuated from Chernobyl (Photo: BBC)

The Ukrainian Interior Ministry informed the family that the man is being held in Russia.

Married for six and a half years, the woman says that her husband always gave her all the support she needed and that he loved his work.

The BBC spoke to the families of more than a dozen people held hostage by Russian troops.

Only a few returned. Most are still missing, like Yuliia Payevska. Her husband Vadym says she was captured by Russian forces on March 14 while working as a paramedic in Mariupol, helping to evacuate wounded soldiers and civilians.

Yuliia Payevska’s husband says she has been missing since March 14 – Photo: BBC

A propaganda video of her was aired on some pro-Kremlin Russian TV channels, and that’s how he found out the woman was in captivity. He believes she was taken to Russia.

The Kremlin says that Ukrainian citizens go to Russia by choice.

“There are at least 6,000 civilians that we can identify who were deported, and from information from the mainstream press in Russia, 1 million Ukrainians would have been taken.”

Venediktova says there have been cases of children being separated from their parents, and that nearly everyone who returned in a prisoner exchange said they had been tortured and beaten.

As the war continues in southern and eastern Ukraine, there are new reports every day of people being forcibly deported to Russia.