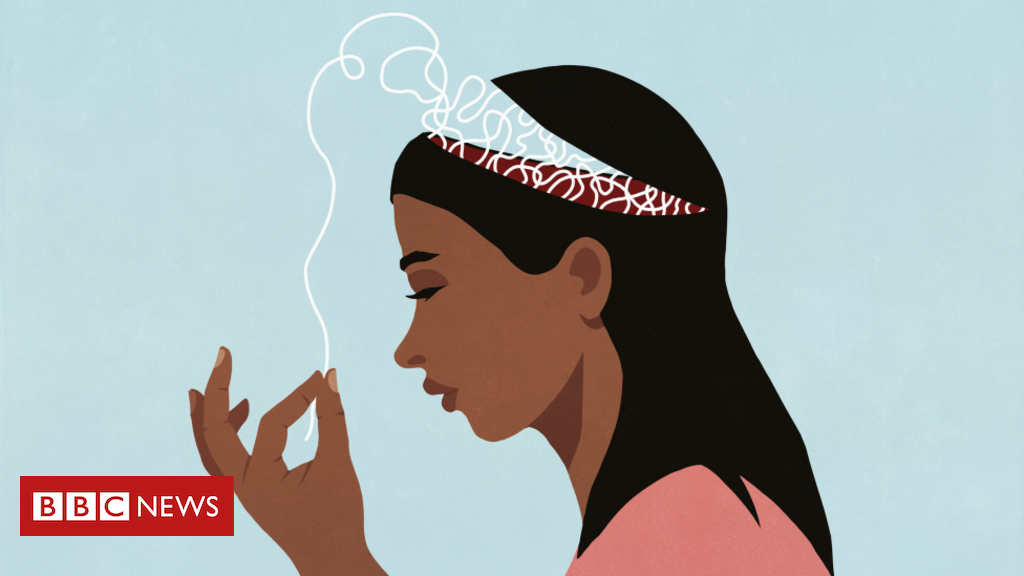 What is cognitive reserve, which must be strengthened to protect the brain from disease

Jenni Smith 3 weeks ago Health Comments Off on What is cognitive reserve, which must be strengthened to protect the brain from disease 16 Views

It is a concept that originated in the late 1980s as a result of a very revealing study. Scientists analyzed the brains of a group of people and found changes typical of having suffered from late-stage Alzheimer’s disease.

However, during their lifetime, these individuals did not show any symptoms of the disease. But what could be behind it?

“They had a large enough cognitive reserve to compensate for the damage and continue to function normally”, says Harvard Health Publishing, a publication of the Harvard University School of Medicine (USA) in the article “What is cognitive reserve?”.

Another study also found that people with greater cognitive reserve may better avoid the symptoms of degenerative brain changes associated with dementia or other brain diseases such as Parkinson’s, multiple sclerosis or stroke.

This is good news, and it gets even more positive because it is possible, throughout life, to try to build a strong “cognitive reserve” to strengthen the brain’s networks.

According to Manuel Vázquez Marrufo, professor in the department of experimental psychology at the University of Seville (Spain), cognitive reserve is what is called a “construct” in psychology and neuroscience. That is, a concept used to address a theory, even if “it is not known for sure what physiological correlates are really behind it”.

The expert defines cognitive reserve as “a kind of property” that we have – a product of experience – and that “effectively protects us against injuries that occur in the brain”.

For the Harvard publication, it is “our brain’s ability to improvise and find alternative ways of doing tasks”.

Vásquez explains to BBC News Mundo (the BBC’s Spanish service) that the brain has plasticity mechanisms, based mainly on genetic factors, which allow compensation when we suffer, for example, an injury or trauma.

This is called brain reserve and is more related to the brain’s ability to generate new neurons, with the strength of the synapse, with “the brain’s hardware”, with its structure.

Cognitive reserve, in turn, is thought to be what accumulates through our daily activities and has more to do with the cognitive activity that has been developed since birth.

It is something that also suggests the study “Questionnaire of cognitive reserve: psychometric properties in the Argentine population”, published in the Journal of Neurology:

“For the same brain damage in two patients with the same brain reserve, the patient with the highest cognitive reserve will be able to better tolerate the damage and delay clinical manifestations.

In other words, cognitive reserve designates the set of cognitive resources that a person manages to acquire throughout his life, and that provide protection against aging and brain damage”.

In the book “Cognitive Reserve: Theory and Applications”, Yaakov Stern, professor of neuropsychology at Columbia University (USA), states that brain reserve is an example of what we could call a “passive reserve model”, which derives from the size of the brain. and the neural count.

“On the other hand, the cognitive reserve model suggests that the brain actively tries to deal with brain damage through pre-existing cognitive processing approaches or through compensatory approaches.”

The neuroscientist, who has studied cognitive reserve for decades, seeks to understand “why some individuals have more cognitive deficits than others with the same degree of brain pathology.”

“My own research, along with other researchers, has shown that aspects of life experience, such as educational or occupational achievements, can offer a buffer against brain pathology, allowing some people to remain functional longer than others.”

In his book, Stern says that “individual variability in cognitive reserve can stem from innate or genetic differences or from life experiences.”

In 1986, a young epidemiologist named David Snowdon approached nuns at a convent in Minnesota (USA) to conduct a study that sought to examine the mysteries of aging and Alzheimer’s disease.

The study, which lasted several years, is considered one of the most innovative efforts to understand the disease and has gone down in history as the Study of the Nuns.

“Sister Mary, the gold standard for the Study of Nuns, was a remarkable woman who scored high on cognitive tests before her death at the age of 101.

Most notably, she maintained this high level despite having abundant neurofibrillary tangles and senile plaques, the classic lesions of Alzheimer’s disease,” Snowdon wrote.

The study reached a pivotal moment when the research team found an archive full of diaries written by the sisters as they entered the order, which yielded the BBC documentary Aging with Grace.

“The team found that sisters who used more complex phrases and ideas were less likely to develop Alzheimer’s.”

As they died, each sister’s brain was analyzed for more information and these samples are now stored at the University of Minnesota.

In 2017, an international study commissioned by the prestigious scientific journal The Lancet on the prevention and treatment of dementia found that individuals who continue to learn or train throughout their lives are more likely to develop the desired additional cognitive reserves.

It is believed that there are external factors that can improve our cognitive reserve and it is not just about education and work, but about stimulating recreational activities of daily living.

“The influence of the environment is fundamental”, says Vásquez.

“In neuroscience and psychobiology, we know that genes determine many aspects of the nervous system, but the environment also modulates this construction.”

“It will depend on your activities, these external factors that you have promoted, which will generate reservations in some cognitive elements, such as: memory and language.”

The specialist emphasizes that a very important weight has always been given to formal education, to the learning of different types of concepts and academic disciplines.

“But there is a lot of debate about whether activities of daily living, such as reading and playing an instrument, can help with cognitive reserve.”

“There are even results that suggest that its contribution to cognitive reserve is even greater than education itself, no matter how many hours we spend on it.”

This is “controversial” in itself, the professor acknowledges, “but what is clear is that people who keep their minds busy will always increase this cognitive reserve and cope much better with the deterioration of aging.”

And it doesn’t necessarily refer to neurodegenerative diseases, but to other challenges that may arise.

The Harvard medical journal indicates that a stronger cognitive reserve can also help us “function better for longer if exposed to unexpected life events such as stress, surgery or environmental toxins.”

Vásquez, a specialist in multiple sclerosis, saw how in young people “having a daily cognitive activity, such as reading, developing a web page, blogging can be positive in dealing with the possible cognitive deterioration caused by diseases”.

No matter the age, everything indicates that the cognitive reserve can be strengthened and enriched.

Hence the importance of continuing to carry out activities in old age that make us exercise memory, attention, language and other important aspects related to reserve.

“This is protecting us from the natural cognitive decline that occurs with aging,” says the academic.

And the faster you get started, the better.

For example, playing a musical instrument “involves recruiting new brain structures or at least trying to make some that weren’t being fully used more.”

Bilingualism and speaking in multiple languages ​​can also be beneficial for cognitive reserve.

The Center for Neurocognitive Diagnosis and Intervention of Barcelona (Spain), which specializes in neurodegenerative diseases and cognitive disorders, indicates that healthy daily practices that help maintain an active mind “are potentially favorable factors for the development of cognitive reserve ”.

And suggests some guidelines:

– Reading, as it stimulates not only attention and concentration, but also memory and language.

– Learning something new, because in doing so there is not only a cognitive stimulus and an acquisition of new resources and tools, “but at the same time it generates new synaptic connections that will favor brain plasticity in the face of changes that may occur in the future”.

– Don’t stop playing, whether it’s board games, complete crosswords or the different alternatives found on the internet. The key is that “they allow us to work on skills such as organization, planning, decision-making or initiative, for example”.

– Change routines. Although routines give stability to our lives, “automating activities decreases brain activation, because when we repeat tasks, learning decreases and brain activation is less and less”. So sometimes it pays to break a habit.

Although, as the book produced by Stern warns, cognitive reserve is a complex concept and more research is needed to broaden our understanding of it, it is essential to help the brain stay healthy to face health mishaps.

An active life without excesses is appreciated not only by the body, but also by the brain.

She's our PC girl, so anything is up to her. She is also responsible for the videos of Play Crazy Game, as well as giving a leg in the news.
Previous Video shows how object is removed from inside the stomach of a python – Metro World News Brasil
Next ‘I drink more than 5 liters of water a day’: how Indians have weathered their biggest heat wave in over half a century | World